No more 'quiet company,' its name written atop the towering high-rise. 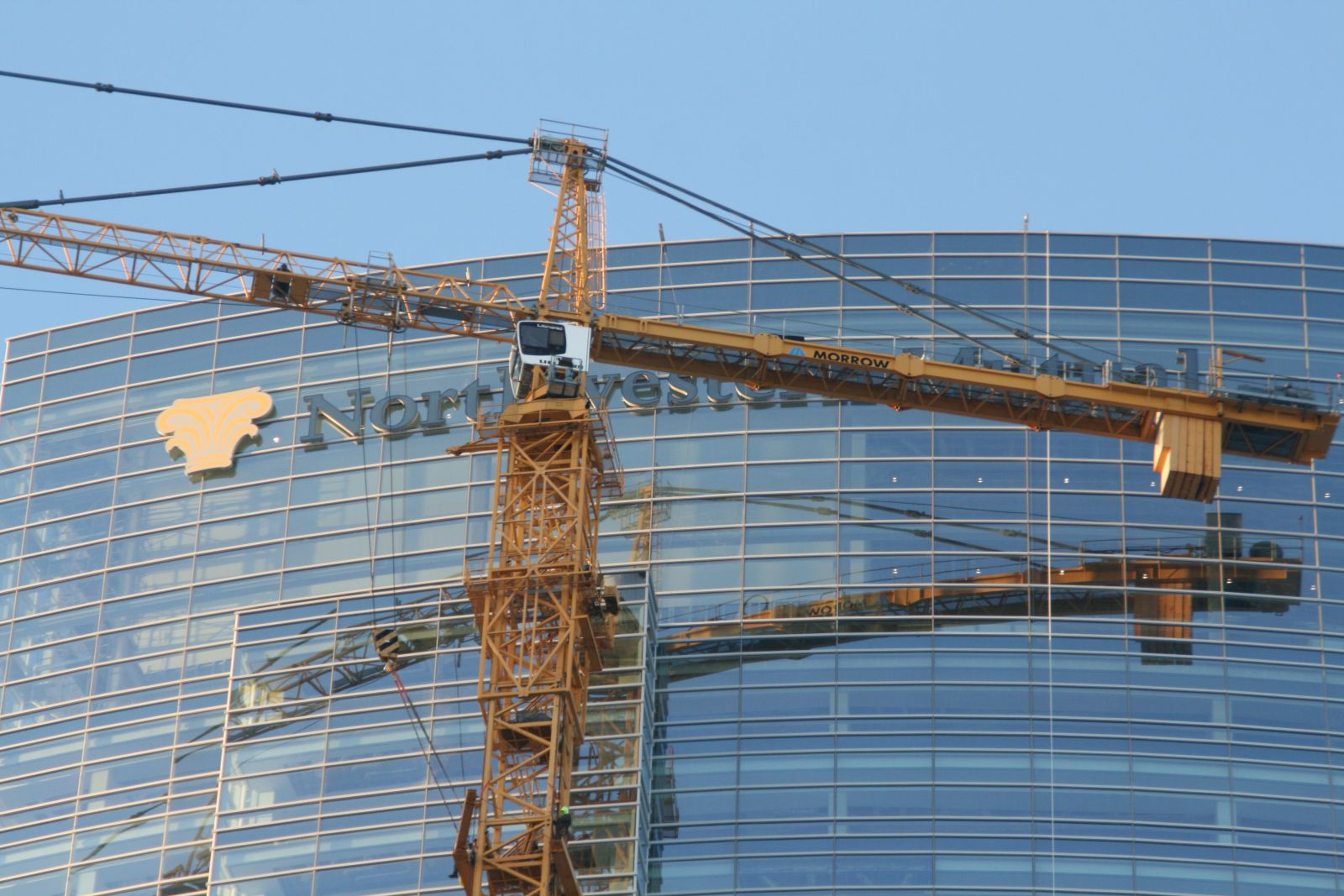 Northwestern Mutual‘s new office tower is already making quite the statement in advance of its 2017 opening. Now fully enclosed in glass, the 32-floor Northwestern Mutual Tower and Commons is visible from miles away. Drivers on Interstate 43 in suburban Glendale see the tower as they head south into the city and residents of Milwaukee’s south side Bay View neighborhood can spot the tower from their second-story windows. Perhaps the most stunning view of the tower is visible as you head north over the Hoan Bridge, as the highway lines up perfectly with the tower.

The life insurance firm, which formerly branded itself “The Quiet Company,” has clearly changed its image. Their downtown office complex previously avoided prominent signage. No more, as the very top of the new tower now boldly reads “Northwestern Mutual.” The name looks like it belongs, which is more than can be said for US Bank‘s branding atop the US Bank Center. That building, still the state’s tallest by a few feet, was originally built without signage in 1973 and didn’t gain branding until a bank merger yielded green Firstar signs in 1999. Owing to its incorporation in the original design the Northwestern Mutual signage is more subtle than the more garish, blue-tinted US Bank name plate across the street.

The top of the NM tower isn’t the only place you’re going to be seeing the insurance giant’s name over the coming weeks. Turn on any of the 41 televised NCAA college football bowl games and you’re liable to see an ad for the company. You’ll have the best odds if you turn on the Rose Bowl on January 2nd, as the company is the presenting sponsor of the game.

Design work on the Northwestern Mutual Tower and Commons is being led by architecture firm Pickard Chilton, with general contracting work taking place under the guidance of a partnership of Gilbane Building Co. and C.G. Schmidt Inc. 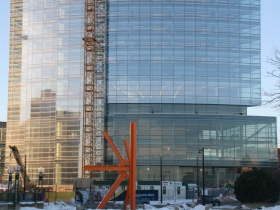 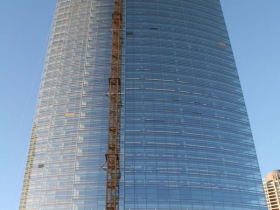 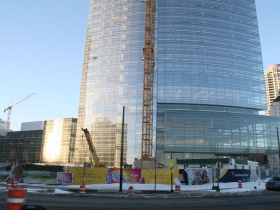 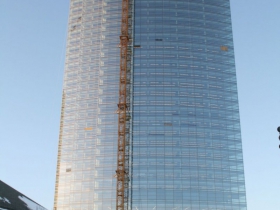 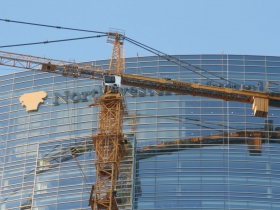 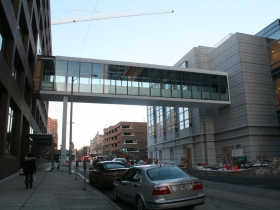 For more on the mixed-use parking structure being just east of the tower, see our November coverage.