Why the group started a decade ago, why it disbanded -- and why it’s needed again.

It’s hard to believe how much local LGBTQ nightlife has changed in just 10 years.

For most people, being on social media a decade ago meant updating your MySpace profile, song and video on a regular basis. Blackberrys, Sidekicks and RAZRs were the only smartphones we knew. With the iPhone still yet to be released, there were no mobile dating apps: no Grindr, no Scruff, no Tindr. Any online cruising had to be done at home — at the expense of going out – and the pickings were slim. 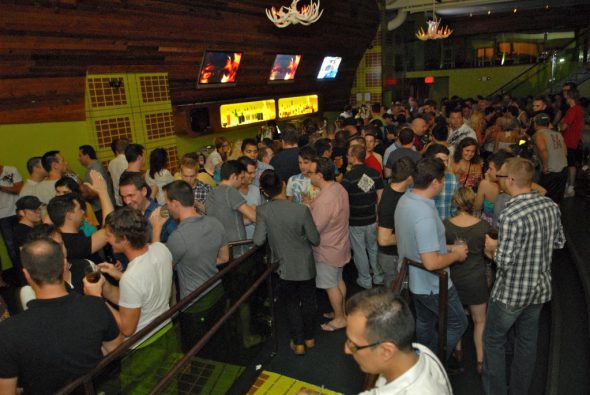 Incredibly, Milwaukee had 23 gay and lesbian bars at the time. Although landmarks like M&M Club and Club 219 had recently closed, new gay bars were opening, including Kruz, Wherehouse, Pumphouse, Club Purr and City Lights. In retrospect, 2007 was really the last great LGBTQ nightlife boom. After decades of crossover business, straight customers usually felt comfortable in gay and lesbian bars, but the same wasn’t really true in reverse.

And then, a new “bar” popped up that confused the hell out of everyone. As the group doing it explained:

Milwaukee Guerrilla Gay Bar, once a month, takes over the coolest straight bar we can find, for one night only and you’re invited, as long as you’re gay, and game. Milwaukee Guerrilla Gay Bar (MGGB) was inspired by our comrades in Los Angeles and San Francisco who wanted to branch out of the gay and lesbian bars and “take over” a hip straight bar for one night each month making it gay.

On the first Friday of every month, MGGB takes over the hippest straight bar we can find in Milwaukee at 9:30 p.m. sharp. We don’t tell ’em we’re coming – we’ll just show up – by the hundreds – and make ourselves at home.

With an air of mystery, intrigue and playful revolution, Milwaukee Guerrilla Gay Bar vowed to shatter the status quo. Because it would have no permanent location, it would never be the same experience twice. Bright MGGB stickers helped visitors separate the regulars from the rebels. Given the choice between social distortion and the same old, same old, Milwaukee chose the culture clash. 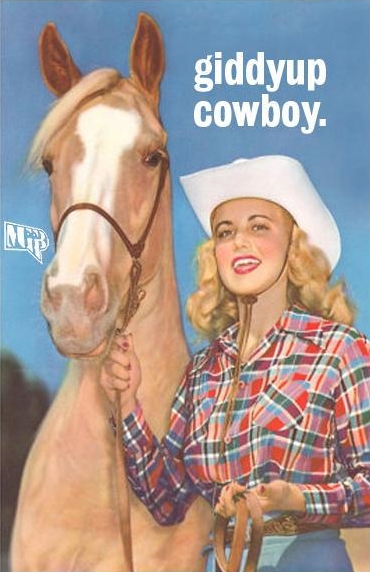 Looking back, MGGB was really quite a case study in social media marketing. MySpace (and later, Twitter and Facebook) followers received an online invitation one week in advance that wasn’t updated with the takeover location until 12:01 a.m. on the event date. All inbound and outbound correspondence was conducted anonymously via social media. Every first Friday, fans and followers tuned in to confirm their mission details – and like a digital Pied Piper, MGGB led them to a new monthly adventure.

Confession: I was part of its leadership. Adopting quirky codenames, we formed a “Politburo” to manage our monthly operation. I became Citizen X, the Minister of Propaganda, and the voice of MGGB for the next eight years.

We were sworn to secrecy to keep us honest: nobody was allowed to use MGGB for profit, popularity or personal gain. Our mission was to create a powerful, visual statement about the economic power of the LGBTQ dollar, but our takeover targets were selected solely on the experiences they would provide. Since bars received little advance notice that we were coming, there was no payback arrangement. We never received commissions or sponsorships from our takeover targets. 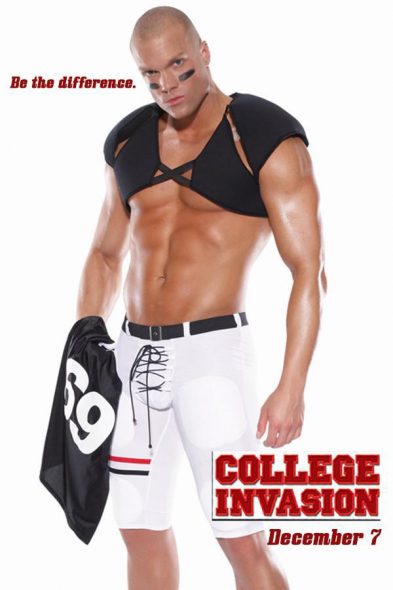 Nobody knew what to make of Milwaukee Guerrilla Gay Bar. Was it some kind of social protest? Would there be violence? Owners of the first takeover targets actually worried about having enough security on hand. At the same time, guests were concerned for their own safety. What if the regulars weren’t receptive to the invasion? Would they be asked to leave? Would there be fights? We made it very clear we didn’t condone any confrontational behaviors. Despite all these early anxieties, there has never been a single negative incident to this day.

People just couldn’t believe that MGGB was a not-for-profit operation. We were criticized for diverting dollars out of the LGBTQ bars, even though the monthly takeover events were only 90 minutes in length. We believed that people who came out, stayed out – so we introduced the concept of an “afterparty” to celebrate our takeover victories at local LGBTQ bars with unique guerrilla drink specials. Everybody won!

From the start, MGGB was all about creating an open, inclusive and supportive experience that dissolved all nightlife rules. Our welcome message encouraged everyone and anyone to participate:

Bring friends! We’re trying to create an experience unlike anything you’d see in the Walker’s Point bar circuit. We’re hoping to break the mold as much as possible, and see some folks who you might not see in an average gay bar. Bring your bear friends, your drag queen friends, your twink friends, your dirty-old-man friends, your partnered friends, your bewildered roommate, your lesbian friends (lipstick and dykes-on-bikes) and your curious clean-cut boy-next-door friends.

We saw people we’d never seen anywhere before, and probably will never see together again. It wasn’t just bar regulars and college students. It wasn’t just the same cliques in different bars. Older gay men and women who had long ago left the bar scene showed up in large numbers. Transgender and genderqueer people became some of our most loyal followers. Guerrilla contingents came in from Madison, Appleton, and smaller towns around Wisconsin. Long-standing friendships, and other memorable connections, were born on these outrageous nights out. 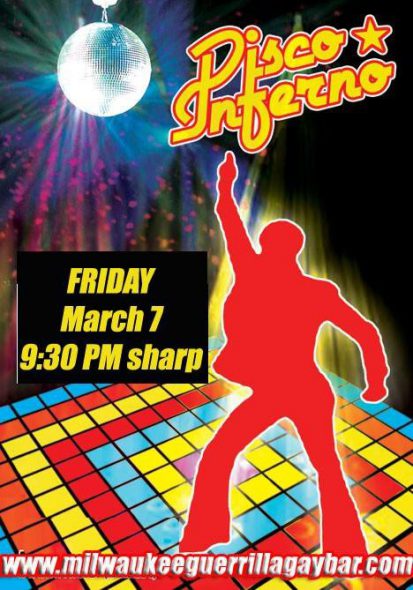 It was clear that Milwaukee was hungry for a new kind of nightlife. Our March 2008 takeover of Victor’s on Van Buren brought out a record-setting 356 visitors. We were generating crowds larger than some bars had ever seen. Without any advance notice, bars were not always staffed or structured to accommodate an extra hundred customers at once. Within nine months, we went from hoping people would show up, to worrying that too many people would show up.

Every month, the crowds got larger. Every month, we received more and more media coverage. And, then something strange happened: bars started asking to be taken over. We never went anywhere we were invited. That wouldn’t be very guerrilla, now would it?

With so many bars coming and going, it seemed we would never run out of takeover targets. We were more concerned about running out of manpower. Over a dozen people came and went from the Politburo in our first six years. Many members left Milwaukee; others just settled down and left nightlife. While some claimed to be the public face of MGGB, the real leadership remained as secretive, anonymous and not-for-profit as we were on day one. 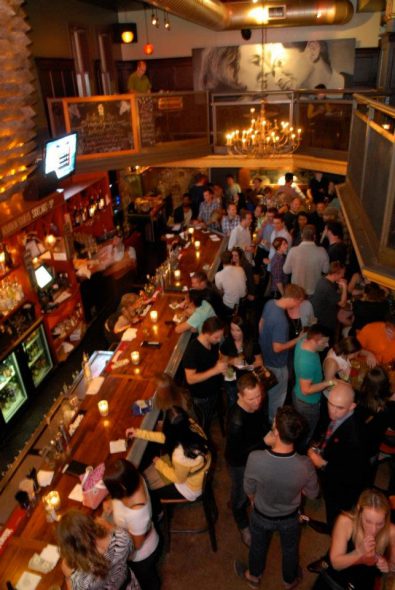 West Coast guerrilla movements had inspired us, and in turn, we inspired rebels to expand the guerrilla movement locally (Guerrilla Grrl Bar Takeover,) throughout the state (Madison Guerrilla Queer Bar) and in other cities (Guerrilla Gay Bar South Loop Chicago.)  Somehow, we wound up becoming the longest-running continuous guerrilla gay bar in the country.

We vowed to keep it going, as long as people kept showing up, while wondering exactly how long that would be. Two-thirds of the LGBTQ bars open in 2007 had closed by 2015, but our attendance was also dwindling. Milwaukee Guerrilla Gay Bar had achieved a bittersweet victory. After years of takeovers, our followers didn’t need us to lead them into straight bars anymore. People were now going wherever they wanted to, whenever they wanted to. Our “takeovers,” once so subversive and controversial, had become ironic and predictable. The unthinkable had happened: MGGB had become the status quo.

After eight years of first Fridays, our work was done. We retired Milwaukee Guerilla Gay Bar after the September 2015 takeover of Plum Lounge – and I essentially retired from the organization. My Politburo comrades vowed to relaunch the movement with a new approach in the future – when and where Milwaukee would least expect it. 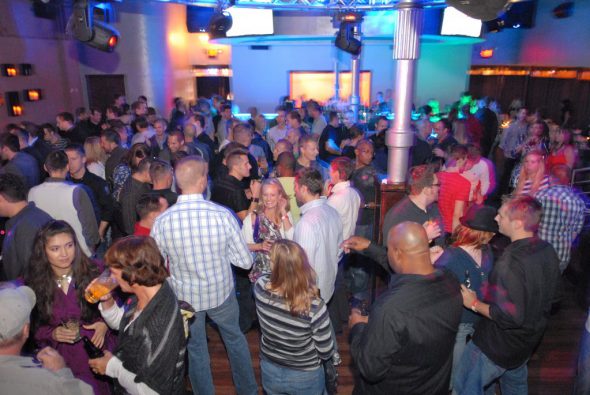 Little did we know that MGGB would relaunch without us. Last week, a new Facebook page launched, announcing that the organization was under new management and would be “making Milwaukee gay again” in January 2017. Although the Politburo had planned a New Year reboot, there was no communication or collaboration between this new group and the existing MGGB. After taking over 93 bars, Milwaukee Guerilla Gay Bar was now under takeover itself.

Starting an anonymous organization from scratch is one thing. Anonymously taking over an existing name brand is another. Contrary to belief, Milwaukee Guerrilla Gay Bar was not up for grabs. The new group has since changed its name and focus, while MGGB continues to plot its next move.

A year ago, we thought our revolution was over. But in three weeks, an unapologetically anti-LGBTQ regime will take power in America. Our tongue-in-cheek resistance rhetoric doesn’t seem so funny anymore. How quickly we’ve learned that the time for guerrilla thinking isn’t over; in fact, it seems we’ve just begun. We won’t survive the next four years without action.

7 thoughts on “Out Look: Guerrilla Gay Bar Leader Tells All”