Proposed Bill Could Out Gay Students 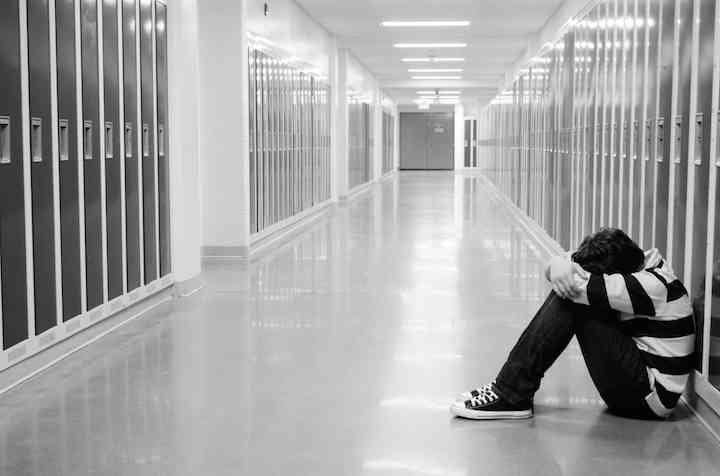 Proposed Bill Could Out Gay Students

Twenty-five years after I graduated from high school, my high school’s gay-straight alliance started following me on Twitter.

I had a lot of questions.

Who do I even know that still works at my high school?

Wait a minute – MY high school has a gay-straight alliance?

I was startled, but not as startled as I was after reading the next Twitter headline: “Texas Bill Could Force Schools To Out Queer Students to Their Parents.”

Yep. That’s right. A Republican senator recently introduced Texas Senate Bill 242, which would require schools to turn over all student records and evaluations to parents, whenever asked, or face disciplinary action.

The suspicious wording of the bill lends itself to alarming interpretations. If students disclose confidential thoughts to a school counselor, could it lead to parental abandonment? If a student questioned their sexual or gender identity, would they be subjected to conversion therapy? Would students avoid seeking counseling – and choose self-harm or suicide instead?

As a high school freshman in 1987, I can still remember what our school’s token “gay” student, “Larry the Fairy,” had to endure. I’m not even sure that Larry was gay or that Larry was his real name – hence the quotes and the hateful nickname. All I know is that he was straight out of the John Hughes film Pretty in Pink and unlike anything I’d ever seen in real life.

That might have made him cool somewhere else. But in the late 1980s suburban Milwaukee, it made him a target. Larry was harassed relentlessly all day, every day, throughout the school. I can’t remember a single adult ever intervening. What I do remember is Larry bravely enduring it without ever showing fear or weakness. He was tougher than all of his bullies put together. He was punk rock. I was inspired – and, later, I found out that I wasn’t alone – by his bulletproof resistance to anything anyone threw at him.

Larry suddenly disappeared in the second quarter of the school year. He was never mentioned again. I hope he found a more supportive and safe space to be whomever and whatever he wanted to be. But I fear that one of those verbal or physical punches finally shattered his stainless steel reserve and pushed him straight over the edge. I’ll never know.

There were no “safe spaces” for the Larrys of our generation. We really only had two options at school. There was the Drama Club, often the only place students could fully express themselves on campus. Many Drama Club students dreamed of attending Milwaukee High School of the Arts and getting out of our small town suburban sandbox. I can’t even imagine how many tearful coming out episodes played out in that drama teacher’s classroom, over the years, or how much trust, self-esteem and confidence were restored by her supportive words.

After school, there was the under-21 teen dance club circuit, which connected kids from all over southeastern Wisconsin like nothing before or since. Inspired by new drinking age legislation in 1986, these clubs sought to recover lost revenue from under 21 patrons by introducing the next generation to nightlife. Suddenly, it didn’t matter if you only had a few friends in your hometown — when you could have hundreds on Sunday nights at Club Marilyn, Thursday nights at Baileys and Friday nights at 21 Below. This wasn’t just a social network. It was almost a secret society.

This was a world without parents. We were living through the most wildly unpredictable, impossibly complicated, incredibly dramatic years of our life and at the clubs we were surrounded by people our own age who were either exactly like us –- or liked us exactly the way we were. Because we could be our real selves, we had real dating options and real friends that would long outlast the artificial teen clubs where they started.

Reconnecting with old classmates in the Facebook Era, it really struck me how many LGBTQ adults my sleepy hometown has produced. Back then, this would have seemed unthinkable; today, it’s still surprising. I’d like to believe the social structures we created for ourselves helped us survive our teen years. Not everyone of that era did.

And, nowadays, teachers still worry that not everyone will. In a recent Southern Poverty Law Center survey, 90 percent of 10,000-plus teachers surveyed felt the election of Donald Trump has negatively impacted the school climate with “heightened anxiety and concern” about the future.

I reached out to several local school Gay-Straight Alliance leaders – including the GSA leader who reached out to me, from my former high school – for their front line perspectives.

“I have a lot of frightened students right now,” says one GSA leader. “I had several students come to me in tears the day after the election. We still have a lot of instances of student-to-student harassment in the hallways and online. Our school has a very strict anti-bullying and harassment policy, but we are still working to build a culture where it doesn’t happen in the first place.”

In the wake of the election, says another GSA leader, “GSA is more important than ever for them, because it is an escape from the negativity. It’s their safe space where they can just be teenagers.”

In some school districts, students are already being denied the right to form gay-straight alliances. This week, a federal judge ruled in favor of the ACLU of Florida, representing middle school students whose GSA proposals have been denied without cause since 2011. This sets a new legal precedent for the upholding of the Equal Access Act, which governs extracurricular activities in public schools, and a vote of confidence for the future of GSAs.

GSAFE, whose mission is to create “just schools for LGBTQ+ youth in Wisconsin,” is very involved with this issue. “I think students are concerned (about the recent election), and rightfully so,” says Tim Michael, GSAFE outreach manager. “In just the past 2-3 years, there has been a lot of progress made. Students are worried it’s all going to be undone.”

GSAFE traces its roots to 1996, when two volunteer organizations united as a volunteer chapter of GLSEN (Gays Lesbian and Straight Education Network.) Ten years later, Gay Straight Alliance for Safe Schools emerged as an independent non-profit that gradually grew a statewide presence. Since 2014, they’ve operated under the name GSAFE, seeking to be inclusive to all student identities. The number of high school GSAs has more than doubled in Wisconsin (from 88 in 2006 to 204 in 2016) and middle schools are now forming their own chapters.

“We have many students who are completely out to both friends and family, and feel totally comfortable identifying at school,” says a GSA leader. “However, we also have a handful of students who are not out to their families and are afraid to identify at school. I even have a few students who hide their involvement in GSA because of the repercussions that may follow at home.”

“I’ve also had very positive feedback from the parents that know about their child’s involvement. They see a place where children are comfortable and happy to be themselves. We have been fortunate to have a very supportive administration.”

Michael notes that the U.S. Department of Education and the Centers for Disease Control “have reported on the benefits of GSAs for not just participating students, but also the greater student body. We also know that when a student can identify at least one supportive staff person at school, who validates their identity, there is all sorts of positive impact. The larger that supportive network becomes, the more likely the student will continue their education past high school.”

“I’ve kept in touch with students who are now in their mid-to-late 20s who have moved into various positions in the workforce,” Michael continues. “They seek out these safe spaces in their workplace.  The employee resource group movement shows the larger impact of GSAs in the world outside schools.”

In recent years, employee resource groups have inspired corporate America to become an ally in the fight for equality. Businesses pride themselves on their Human Rights Campaign Corporate Equality Index score, with a record-breaking 517 companies achieving a perfect score for 2017. Over 60 companies have already endorsed the Equality Act to expand LGBTQ federal protections.

All that progress could be stalled or overturned if legislation like Texas Senate Bill 242 gets passed.

One GSA leader calls the legislation “outrageous,” adding that “I cannot think of one single positive outcome that could come from it. If a child is not out to their parents, there is a reason for that. I want every child to have a loving and trusting relationship with their parents, where they can share anything. But that just isn’t the case for all students. In some cases, they are terrified to share anything with their parents and an educator is the only adult they feel comfortable being themselves with. If that trust was lost, it would have a very negative impact on mental health.”

Michael believes the Texas bill, if passed, wouldn’t hold up in court. “The Supreme Court and federal court system have declared more than once that students have a constitutional right to privacy in a public school,” he notes. Schools all around the country have been supporting LGBTQ students, and looking for ways to involve families in those conversations when the time is right and the student is ready. And yet, legislators who aren’t even consulting with educators, parents or youth come out of nowhere with these bills.”

“They will try again and again to silence the most vulnerable,” Michael  warns. “And we will be ready for them.”

For the sake of my own high school’s students – past, present and future – I hope he’s right.

15 thoughts on “Out Look: Proposed Bill Could Out Gay Students”