Green Bay Mayor Gets Off Easy

He faced up to 27 months in jail for campaign finance violations, but gets $4,000 fine. 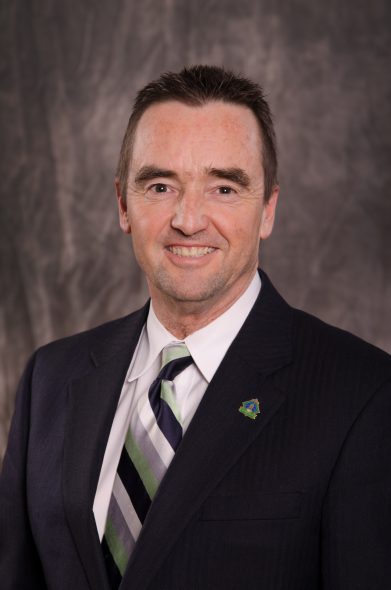 Jim Schmitt. Photo from the City of Green Bay.

In the original criminal complaint, all three of these charges were felonies that carried a combined sentence of 27 months in jail or fines totaling $30,000.

Under the plea agreement, the felonies were reduced to misdemeanors, the fine was reduced to a total of $4,000, and Schmitt doesn’t have to spend a single day in jail. This, despite how brazen Schmitt’s behavior was.

For instance, according to the complaint, he received a check for $5,000 from a donor named Robert Toonen—almost five times the legal limit. But Schmitt reported the amount as $1,000 from Toonen, $1,000 from his wife, $1,000 each from Toonen’s two daughters, and $1,000 from one of Toonen’s son-in-laws. None of them actually contributed.

Another example: Schmitt received a check from Philip Hendrickson for $1,250 but reported it only as $250.

Yet another example: Schmitt received a $1,000 check from William Lewis after Lewis had previously donated $1,000. So he asked Lewis if he could report the second one in Lewis’s wife’s name. According to the complaint, “Lewis would not allow that because he had not been married in 10 years.” So Schmitt asked if he could list it under Lewis’s daughter’s name, which he said was OK. But the daughter never actually donated herself.

Last example: Schmitt received a total of $1,200 from another donor, William Kress. Schmitt listed $200 of that as coming from William Kress, Jr. According to the complaint, “Kress stated there is no ‘William Kress Jr.’ in his family and he had no idea how or why the donation was reported in that name.”

At the pleading, Judge Mitchell Metropulos scolded Schmitt for his “intent to deceive,” but then accepted the lenient deal.

This is the second time this decade that a serious violator of Wisconsin’s campaign finance laws has gotten off easy.

In July 2011, William Gardner, who was then president and CEO of Wisconsin & Southern Railroad, was convicted of two felonies for laundering donations through his employees to Gov. Scott Walker’s campaign.

Like Schmitt, Gardner didn’t get a day in jail. He was sentenced to two years probation and 100 hours of community service.

Until those who flagrantly violate our state’s campaign finance laws get hit with some serious jail time, the incentive to break the law and mess with our elections will only persist.

That’s not good for our democracy.

12 thoughts on “Campaign Cash: Green Bay Mayor Gets Off Easy”