Will Problem Intersection Be Fixed?

City hopes to fix North and Lisbon and issues spotlighted by Urban Milwaukee.

A view of the neighborhood from before the highway was built and after.

More than 40 years ago, Milwaukee’s neighborhoods were carved up to make way for freeway expansions that never happened or were discontinued at midpoint, due to community opposition. One prominent example is Wisconsin Highway 175, which extends north from I-94 and abruptly ends at Lisbon and North avenues, creating an intersection that many say is both dangerous and disruptive to the neighborhood.

Planning for a project to change this intersection is underway, and recently, the Department of City Development held a public meeting to display four tentative concepts to fix the intersection and receive feedback from local stakeholders that may influence a study being led by DCD along with the Department of Public Works and the Wisconsin Department of Transportation. 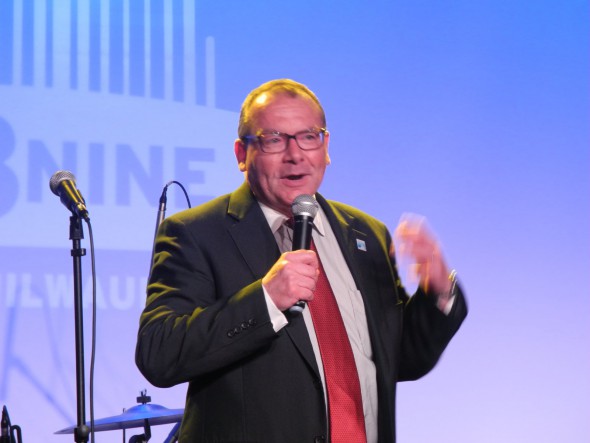 Rocky Marcoux, Department of City Development Commissioner, cautioned the crowd at the meeting not to expect an overnight fix: “I don’t want anyone to leave tonight thinking this is just going to happen.” However, he added, “we didn’t spend your money to buy this property just to have a plan,” but rather to get something completed.

Though that might take a while. The concepts for changing the area where WIS 175 meets W. Lisbon Avenue were drawn up by planners from the three government agencies. An engineering firm hasn’t been contracted yet, and officials are waiting for the finalization of a plan before they begin working on a financing strategy.

The area under consideration for an overhaul starts at W. Lloyd Street and extends north to W. North Avenue, including the on and off ramps for WIS 175 and the area where they meet W. Lisbon Avenue, as well as N. 46th and N. 47th streets bordering the area. The area falls in Ald. Russell Stamper’s district, who says he drives past the intersection almost every day, adding, “We need to get this right.”

Ald. Michael Murphy’s district abuts the area, and Mayor Tom Barrett’s home is within a mile or so and both have been supporters of the project.

Four concepts make up the solutions, thus far offered, by the city and WisDoT. They include moving the freeway ramps to better regulate traffic, or creating safer angles for the intersection along Lisbon Avenue. One proposes making Lloyd Street the end-point for the freeway, with another making the roadway between Lloyd Street and Lisbon Avenue ground level. One concept involves making WIS 175 begin and end at Lloyd Street, with the on ramp at 47th street and the off ramp at 46th Street.

The intersection has been the ire of many since the freeway was built. Nearly a year ago, Urban Milwaukee’s John O’Neill highlighted the intersection’s ills and offered solutions, some of which are very similar to those being offered by the city.

Angelia Rose, owner of Chocolate Rose Lounge at the corner of Lisbon Avenue and 45th Street, says she sees accidents outside her building every month and her building has been hit by cars twice. Every day between about 2:30 and 4:00, there is a traffic jam in front of her business, she says. Many residents in the area and neighboring communities said the intersection creates traffic that is dangerous for pedestrians and bicyclists.

Along with being dangerous, the way the the freeway juts into the neighborhood has “interrupted the commercial corridor” and “cut through the fabric of the neighborhoods,” said Marcoux. The government agencies involved, along with local stakeholders, hope fixing the intersection can strengthen the local business district.

The freeway ends abruptly because it was cut off before it extended miles further. “Thankfully the folks that came before us at least stopped the freeway from being further developed, because it would have been a lot more carnage,” Marcoux said.

Roy B. Evans, an attorney with a practice and home on the corner of North Avenue and Grant Boulevard, has lived in the area nearly his whole life and was a witness to the devastating effect the freeways had on city neighborhoods.

“It tore up the African-American community and it’s never been put back together again,” he says.

Evans is doubtful that simply fixing this intersection will spur development in the area. He knows something has to be done about the safety; in fact, he says he often directs traffic after car crashes in the area until police arrive. But he thinks much more needs to be done to bring development into the area.

The city spent more than $200,000 to purchase the land for this project, a below-market price, Marcoux said. Because the city and the state own all the property needed for redevelopment, no residents will be displaced with right-of-way acquisition.

Nathan Stark, of the Sherman Park Neighborhood Improvement District, says North Avenue has always been a “primary commercial corridor” for Sherman Park, as it essentially forms the southern border of the neighborhood.

Stark thinks the freeway ending has held back development on North Avenue. He sees the development in Wauwatosa moving east, but says the intersection forms a barrier to this positive process.

Many at the meeting said they want the project to re-knit the neighborhoods that were torn apart by the construction of the freeway.

That won’t be easy. “Right now,” says Stark, “there is a huge gash that separates Washington Heights from its namesake park.” 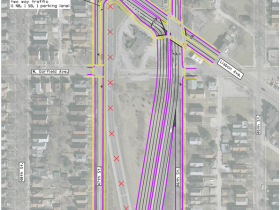 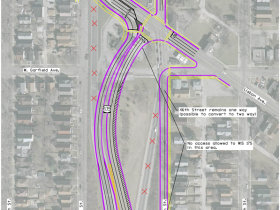 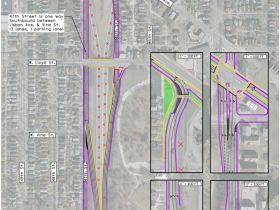 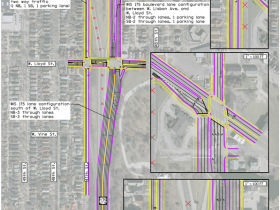 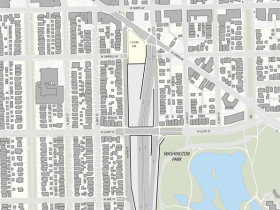 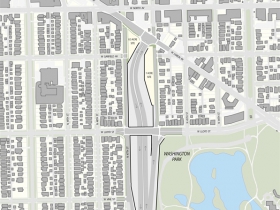 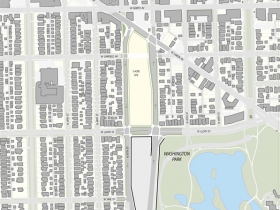 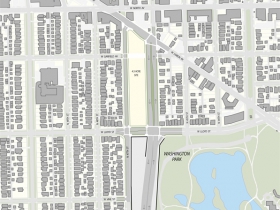 5 thoughts on “Will Problem Intersection Be Fixed?”