The Sheer Joy of Stevie Wonder

He’s the funkiest synth player ever, as the sublime “I Wish” makes clear. 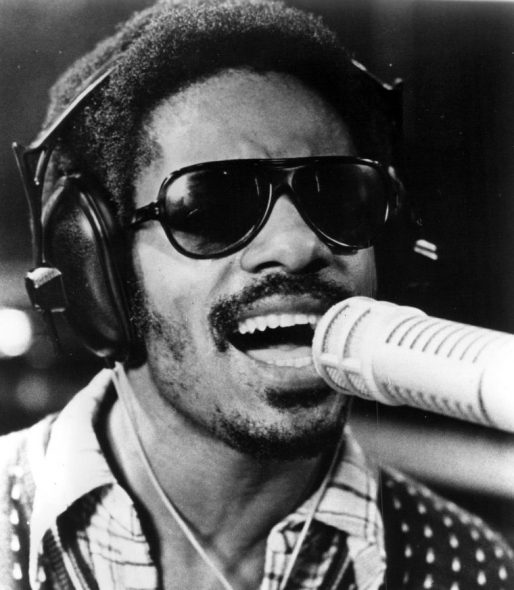 Stevie Wonder. Photo is in the Public Domain.

I’m more thankful than I look. I whine and gripe — who doesn’t? But on this holiday weekend, when it feels like the rug has been pulled from under us, I don’t want to get in that endless line of naysayers. I’d rather be a yaysayer.

My sense of gratitude showed up the other night as I was watching snatches of the PBS documentary “Soundbreaking.” It showed Stevie Wonder in the studio recording shortly after he took control of his artistic life. He had caught the synthesizer bug and gotten with a duo of geeks who operated under the name Tonto’s Exploding Headband. I know, great name. The Headband knew their way around a patch cable and could tell syne from square when it came to waves. So they helped him find sounds he had only imagined in his head. My general avoidance of synths probably comes as no shock. I’m OK with them existing and like the occasional track, but I still prefer acoustic and electric instruments. But all hard and fast rules are suspended when I hear Stevie’s work on whatever Moog or ARP they slid under his fingers. It’s out of control! He’s my favorite synth player… also the funkiest.

Living in an age when artists of this magnitude are around is a such a happy coincidence. I have a pretty crowded pantheon, there’s even one Nobelist, but when I listen to Stevie Wonder there is no one else near. He is an ultra-soulful singer, straight out of the gospel church. He whips his golden tonsils around in the most acrobatic fashion, but it never feels gratuitous — just expressive. It’s also accurate to call him one of the best chromatic harmonica players alive. I haven’t read his biography, but I suspect affordability may have been a factor in that instrument choice. Either way, when he arrived with his smash “Fingertips Part I and II,” he was twelve, singing like Ray Charles and a virtuoso on the Hohner.

That didn’t stop him from becoming a great keyboard player and one of my favorite drummers. That’s him on a lot of classic tracks playing almost everything. While virtuosity and prodigy are a gift, applying them to songs that aren’t worthy puts them in a holding pattern. When he renegotiated his contract with Motown Records, he became writer, producer and the very well paid master of his own fate. Then he delivered the songs worthy of his gift. These tunes radiated overwhelming joy and beauty. The surprisingly sly sense of humor came as a pleasant bonus. For giggles, watch his Carpool Karoake with James Corden.

Before you do that, though, listen to one of his greatest hits, “I Wish.” In it, Stevie describes being “a little nappy headed boy” and “hanging out with all my hoodlum friends.” I don’t doubt the second line, but the threat of blind grade schooler seems more cute than scary. The rest of the lyrics are fun and feature some of his oddball constructions, something I forgave immediately, if only because I’m sure they would have driven more rigid formalists bonkers.

Smoking cigarettes and writing something nasty on the wall (“You nasty boy.”)
Teacher sends you to the principal’s office down the hall
You grow up and learn that kind of thing isn’t right
But while you were doing it-it sure felt outta sight

A good natured musical memoir, it features one of the most relentless bass lines ever conceived. The coda, over a minute long, is call and response between the horn section, playing a timelessly hip line, and Stevie imitating crazed barnyard animals on his synth. The key of life, indeed! As it spirals toward the horizon, I’m reminded how much the album cover looked like an abstracted pumpkin pie — perfectly sweet and satisfying like this tune. Don’t forget the whipped cream.

His work re-energized Motown and electrified the country. Waiting for new Stevie Wonder tracks created Beatle-like levels of anticipation. Each song was an event. Let’s pause and give thanks that this giant (who looks slimmed down and handsome in recent photos) still roams the earth. He is an anti-gravity device to help us float through these grave times and he ranks right up there with the tryptophan high you get from turkey.

2 thoughts on “Sieger on Songs: The Sheer Joy of Stevie Wonder”