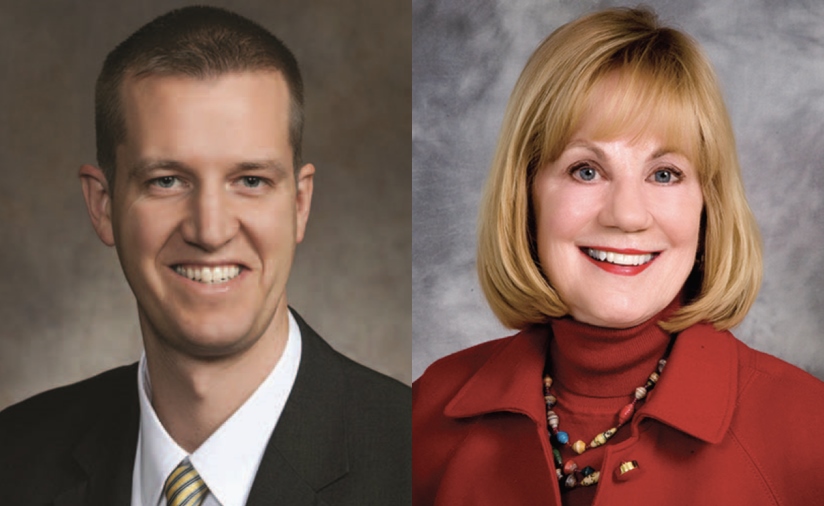 It was back in January 2015 that Rep. Dale Kooyenga (R-Brookfield) and state Sen. Alberta Darling (R-River Hills) announced their plan to dictate change in Milwaukee Public Schools through a plan they soft-pedaled with the name Opportunity Schools and Partnership Plan (OSPP) and which was soon enacted into law.

Under the law, selected MPS schools with failing grades on the state report card would become independent charter schools that do not employ unionized teachers or answer to the Milwaukee School Board. A new commissioner independent of the board or Milwaukee School Superintendent Darienne Driver would choose and oversee these schools.

Darling insisted the law was intended to create a “partnership” with MPS, but Driver clearly saw it as undermining her authority, and questioned why it did not also address chronically underperforming choice and charter schools (which are championed by Darling and Kooyenga). The OSPP soon came to called the state “takeover law. The harder edge of the plan was suggested at times by the comments of Kooyenga, who has labeled MPS schools eligible for a takeover “the worst of the worst schools,” while castigating MPS leaders for doing a “good job of bringing absolute chaos, dysfunction and toxic environment for trying new ideas in Milwaukee.”

So there is more than a little irony in the fact that the takeover program was killed as a result of changes in state standards intended to help choice schools.

The changes were announced the same month, January 2015, that the OSPP plan was released. Gov. Scott Walker, in releasing his massive proposed budget for 2015-2017, including language that would alter the state school report card system. “These measures include changes” to start “weighting school performance to account for student poverty rates, student disabilities and the length of time a school has had to influence a student’s academic progress.”

Officials with the state Department of Public Instruction felt the report card had a built-in bias. “We’ve been pretty open about the report card and the correlation with poverty,” DPI spokesperson Tom McCarthy says. The schools getting lower grades, he says, “correlated almost perfectly with the percent of students in poverty.”

Nationally, the data on schools shows the same correlation between lower achievement test scores and high poverty rates. But DPI’s concerns were not addressed.

That is, until the growing push to also measure achievement in choice and charter schools benefitting from public funding resulted in a decision to extend the state report cards to these schools. This was alarming indeed to representatives of choice, charter and virtual schools.

School Choice Wisconsin had great concerns about the report card. Jim Bender, president of the group, serves schools with a high percentage of low-income students, who would more than likely rank lower than average schools in the state.

“The report card was flawed,” Bender says. “In working with legislators to improve it, we certainly took the lead. When all the data pointed to a report card that was not accurately showing the performance of high poverty schools, we worked to improve the report card.”

One reason his group was able to take the lead is because of its clout in the capitol. Bender has hired lobbyists John Gard, a former Assembly Speaker and Jeff Fitzgerald, another ex-Speaker and also the brother of Senate Majority Leader Scott Fitzgerald. Bender himself was formerly a senior aide to Jeff Fitzgerald. To that list can be added yet another former Republican Speaker, Scott Jensen, who works for two Washington D.C.-based groups that work to support School Choice, the American Federation for Children and the Alliance for School Choice.

Bender concedes that “If there was no choice program, we would likely have the old system” of report cards in Wisconsin. Bender, however, puts the ultimate blame on “the heavy hand of DPI…Education policy has always been turned over to DPI from the public schools. They are not going to mess with DPI for fear of retribution.”

But public schools had no reason to oppose the changes in the report card, because the result would make it easier on any school serving a significant population of poor students, while making the overall system less tough.

Indeed, the result of a new system that took into account the impact of poverty was that Milwaukee Public Schools, as a system, no longer had a failing grade. It was bumped up from “failed to meet expectations” to “meets few expectations.” Individual schools in the system are also likely to get higher rankings, though this fall’s grades for all schools have yet to be finalized.

As a result, MPS no longer qualifies as a failing school system under the criteria created by the OSSP law.

The reaction of Darling was hilarious. She released a statement saying “I want to congratulate Superintendent Driver for her leadership in moving MPS out of the ‘failing school district” category. This is great news for all of Milwaukee.”

This was just a few months after Darling had decried MPS as a system where students are “trapped in failing schools…This isn’t a new problem. Many Milwaukee public schools have been failing generations of students.” Apparently no one explained to Darling that the new ranking was really just a cosmetic change.

Kooyenga, by contrast, complained that “Although MPS has demonstrated progress, this new report card model is attributable to a new methodology of grading schools and districts. Under the previous model, MPS would still be considered a failing district.”

Darling’s response highlighted the schizophrenic nature of an approach that wants to make nice with Driver even as it undermines her leadership, of a “partnership” plan that is really a takeover. Kooyenga’s response highlights the contradiction of a state plan that targets poor performing public schools with mostly low-income students while ignoring choice schools in the same category.

Kooyenga has promised we haven’t heard the last of this issue. “Rest assured, there will be more reforms,” he declared. Meanwhile, the more accurate acronym for OSPP might be RIP.