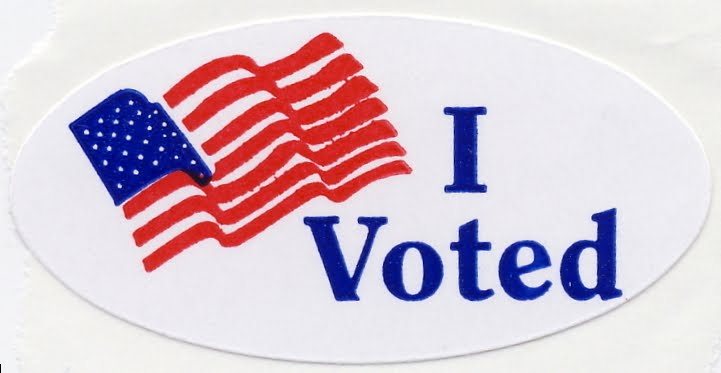 The Republican Party has won the popular vote for president just once since 1988, and is certain to lose again this November. Their 2012 candidate Mitt Romney gained just 6 percent of the African American vote, 26 percent of Asian Americans, 27 percent of Hispanics, 30 percent of Jewish voters and 37 percent of voters under the age of 30. The GOP has become the party of older white Protestants and Catholics in a country where that portion of the population keeps declining; America will likely be a majority minority nation by 2044.

In short, it is increasingly difficult, almost impossible for the party to forge a winning coalition nationally. The numbers simply don’t add up. Which helps explain the party’s post-2012 report pushing for a shift in policies to embrace Hispanics (which never happened) and the fact that GOP-controlled states are passing ever more restrictions on voting. In off-year elections a lower turnout by young and minority voters results in Republican victories. Hence the election of Ron Johnson to the U.S. Senate in 2010. But in presidential election years, the far bigger turnout leads to Republican defeats. Which is why polls have consistently shown Johnson losing in 2016. And why the GOP may feel the only way to avoid such defeats is by finding ways to depress the turnout of young and minority voters.

At first the Republican-controlled states passing restrictions on voting followed the Indiana model, which required voters to have a photo ID, but allowed those who didn’t to fill out an affidavit swearing this was their true identity. In 2008, the U.S. Supreme Court, in Crawford v. Marion County Election Board, upheld the law in a 6-3 decision.

Emboldened by this, Republicans began passing all kinds of restrictions whose result would be a lower turnout of Democratic voters, and which courts are increasingly striking down as unconstitutional. In Wisconsin, legislators reduced the period for early voting from 30 days before an election to 12 days, limited the hours when voting can take place, restricted early voting to one location per municipality, prohibited the distribution of absentee ballots by fax or email, excluded expired but otherwise qualifying student IDs as acceptable forms of voter ID, passed a 28-day residency requirement for voters and added draconian requirements for those lacking a photo ID but attempting to get one.

The liberal group One Wisconsin Now sued the state and in July U.S. District Judge James Peterson wrote a 119-page ruling that overthrew all these rules, concluding they were passed in order to make it harder for Democrats to vote. In particular, he noted, some of the measures were passed specifically “to suppress the reliably Democratic vote of Milwaukee’s African-Americans.” Noting that 100 qualified electors had been wrongly denied a free state ID, he ruled than the state Department of Motor Vehicles “must promptly issue a credential valid for voting, unless readily available information shows that the petitioner is not a qualified elector.”

The response by state officials is questionable to say the least. Audio recordings made in recent weeks show DMV workers are giving inaccurate and incomplete information to voters, as the Milwaukee Journal Sentinel reported. “The training that was provided to the DMV counter service was manifestly inadequate,” Judge Peterson charged.

The situation might help explain why Walker and Republicans ended civil service protections; DMV workers may feel they must follow orders that violate the court’s ruling in order to keep their jobs. Peterson increasingly is being forced to micro-manage the state agency to force it to follow the law: he wants the state to engage in a “communication blitz” to let people know their voting rights if they don’t have a birth certificate, and may ask the state to print “palm cards” that clearly explain how people can get a state ID.

Meanwhile, the switch back and forth in the law and in what government workers are telling potential voters creates confusion. And that’s a great way to discourage voting.

“There is massive confusion nationwide, on the part of voters and poll workers alike, about voter ID laws even where there is no state voter ID law,” Kathleen Unger, president of VoteRiders, a nonpartisan nonprofit group that disseminates accurate voting information nationwide, told writer Jacque Leslie, in a story for the New York Times. “That may explain why during a recent election Myrna Pérez, who directs the Brennan Center for Justice’s voting rights and elections project, was herself told by a poll official at her New Jersey precinct that she needed a photo ID, even though the state lacks a photo ID law,” Leslie writes.

The impact of this confusion was measured in a study of Texas’ 23rd Congressional District’s 2014 election by researchers at Rice University and the University of Houston. “In that election, Will Hurd, a Republican, defeated Pete Gallego, the Democratic incumbent, by 2,422 votes, a 2.1 percent margin,” Leslie reports. “The survey found that 12.8 percent of the district’s non-voting respondents cited lack of photo ID as a reason for not voting, and 5.8 percent said it was the main reason. But only 2.7 percent of the respondents actually lacked one of the seven permitted forms of photo ID… A much bigger number — around 10 percent of the non-voters — possessed the needed documentation but didn’t realize it.”

“The most prominent impact of the legislation,” the study concluded, was “due entirely to a misunderstanding or a general lack of information of the photo identification requirements.” Mark P. Jones, one of the study’s lead investigators, told Leslie that “You can make a good case that what put Hurd in office was voter ID — but not the law itself. What elected Hurd was the confusion surrounding the law.”

As in Wisconsin, Texas’ voter ID law was struck down by a district court, which found it discriminated against minority voters. But this resulted in confusion, “which state officials have seemed content to fan,” Leslie notes. “Texas officials published information on state websites and in other public materials that failed to explain adequately that voters who do not have the required ID, and could not reasonably get it, would still have a way to cast a ballot that counts.”

Is it a coincidence that state governmental agencies in both Texas and Wisconsin are less than helpful, if not downright misleading, in providing information to people seeking to vote? Leslie believes Texas officials will continue to resist the courts and run out the clock until the November election. Wisconsin may do the same.

Chaos and confusion caused by conflicting voting requirements isn’t a mistake, the liberal Daily Kos has argued, “it’s part of the plan.” Certainly states like Texas and Wisconsin don’t seem to be working very hard to make the laws clear to voters.

What I find extraordinary about the approach of states like Wisconsin is the willingness to disenfranchise not just Democrats, but many Republicans. A rule like the one excluding expired but otherwise qualifying student IDs will reduce the Democratic vote, but given that more than a third of college students supported Romney in 2012, it’s also likely to bar some Republicans from voting. Similarly, draconian voter ID requirements will likely reduce the Hispanic vote, but 27 percent of them voted Republican in 2012. The strategy seems to be that it’s okay to bar some Republicans from voting, as long as far more Democratic votes are suppressed.

The cynicism behind this approach suggests a party that no longer believes its policies can appeal to a majority of voters. So instead, it seizes on unconstitutional ways to suppress the vote. Dare I say this is un-American?