All of which can be accommodated at the soon to open Spanish themed Hotel Madrid. 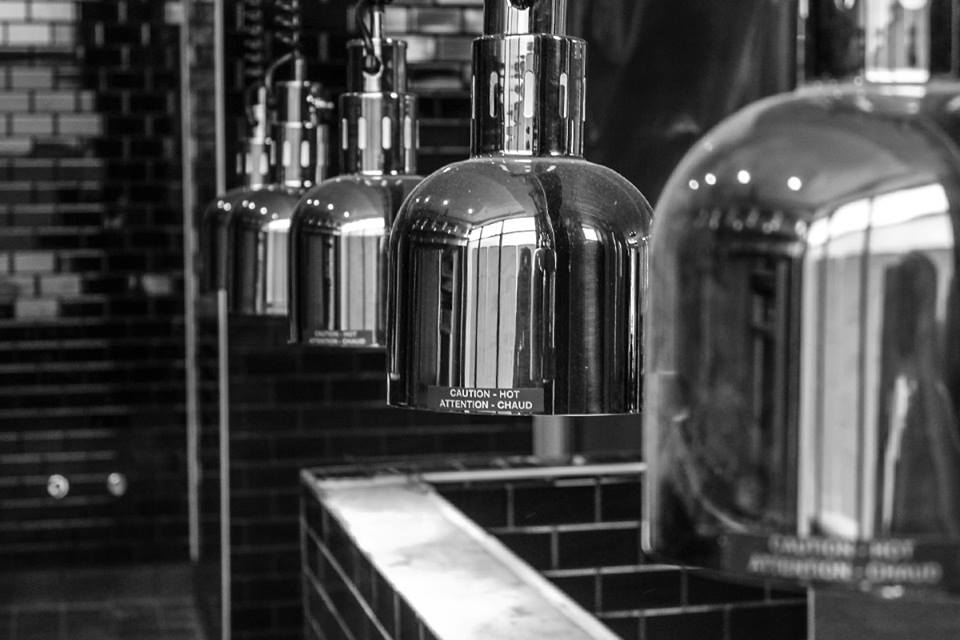 With construction long underway at 600 S. 6th St., Hotel Madrid is nearing completion. The building will have a restaurant, a wine cellar, and a bar with an outdoor patio, and two hotel rooms. The restaurant’s name is Bodegón, and the food is expected to be elegant, home cooking style. The restaurant and its menu will highlight Spanish food and culture in Milwaukee. Meanwhile, the bar at Hotel Madrid, Vermuteria 600, is set to be a traditional yet trendy place to grab a drink. Lori Fredrich of OnMilwaukee adds more:

Offering dinner service Tuesday through Sunday, Bodegón will highlight various aspects of Spanish cuisine through seasonal menus – one omnivorous and one vegetarian – that feature both shareable large plates and entrees.

House-made will be the theme, with items including breads and charcuterie made on site. A butchering station will feature various cuts of prepared meats. And a large open kitchen will offer diners a view of the action.

An homage to the new-old bodegas in Spain where vermouth is the star beverage, Vermutería 600 will reflect an affection for the traditional, yet trendy, aromatized, fortified white wine which is flavored with botanicals. In fact, along with a wide variety of vermouths, the bar will feature a special housemade version, which will be available on tap. There will also be plenty of Spanish brandy, sangria and a domestic craft beer list.

The bar will also feature its own food menu, a paired down version of that available at Bodegón, which will offer both bites and more substantial options.

A new coffee shop is set to open in the Bronzeville neighborhood within the coming months. The owner, Ryan Hoban, says the new roasting company wants to focus on telling the stories of coffee drinkers and the people who produce that coffee. Pilcrow Coffee will be located at 1739 N. Dr. Martin Luther King Jr. Dr. and will feature a small tasting bar with about 8-10 seats. Fredrich talks more about Hoban and his desire to open up shop in Milwaukee:

Hoban, who is originally from Oconomowoc, says his experience in the coffee industry technically began with a barista gig at Starbucks while he was working his way through college.

“I fell in love with the coffee and the theater of the cafe,” he says. “And at that point, I became a home enthusiast. I bought different coffees. I got an aeropress and a Clever …and I found out how little I really knew about coffee.”

Time passed, and ultimately Hoban and his wife made the decision to move to Milwaukee to be closer to family.

“Initially, I didn’t really think that I liked Milwaukee,” says Hoban. “I’d really fallen in love with Chicago and I liked the pace … there are so many people, and so much diversity, that you can really just do your own thing. But, the second time we moved back, the city really started to feel claustrophobic to me. I missed the calm of Milwaukee, and realized it would be a great place for both my family and a new coffee company.”

The new South Milwaukee restaurant, located at 2206 10th Ave., had a successful soft opening last Friday. Grillworks plans to serve breakfast, lunch and dinner in the newly renovated space. Owner Mike Oren is pleased with the way his restaurant turned out and is excited to start serving cutomers. Mayor Erik Brooks of South Milwaukee Blog has more about Grillworks and another new restaurant, Scrappy’s BBQ, which is coming soon:

And more good news down the block, literally: After popping in at Grillworks, I stopped by what will soon be Scrappy’s BBQ and checked in with Mike Hintz. He said they remain on track to open on Oct. 15 in the former Lloyd’s Lunch at 925 Madison Ave., and they will serve barbecue beef brisket, burnt ends, ribs, pulled pork, Italian beef, pressured-fried chicken and more, to-go or catered.

This Thursday, the popular Pfister Lobby Lounge will re-open with a new look for visitors. Although plans for remodeling made sure the lounge kept a comfortable and spacious feel, many changed were made. New furniture, fixtures and glassware line the new Lobby Bar, which now seats only seven people, but each seat will have access to electrical outlets and USB ports. Molly Snyder of OnMilwaukee highlights more changes, including possible changes to the food and drink menu:

A new food and drink menu will be introduced soon. The beloved bar snacks are, for now, the same as before (think upscale Gardetto’s), but Pfister general manager Tim Smith says there might be a change in the future.

“We’re searching for the perfect snacks to complement the new food and drink menu,” says Smith.

The Lobby Lounge (which was also called Cafe Ole for a while) underwent various updates over the years, but the last time it was renovated was after Ben Marcus purchased the hotel in 1962.

Smith says they do not have a big grand opening planned at this point, but they might acknowledge the new space during the annual holiday tree lighting on the Friday after Thanksgiving.

“The Lobby Bar is the melting pot of the hotel, really of the neighborhood,” says Smith.

The chain restaurant has signed a 10-year lease for 15,000 square feet of space in Waukesha at the Westwood Commerce Center shopping center. It can be found at W229N1400 – W229N1402 Westwood Dr. The building was first built in 1983 and has over 100,000 square feet of space. Madison Larson of CoStar has the story, but many details have not yet been revealed.

One thought on “Now Serving: Eat, Drink and Sleep in Walker’s Point”