But Rep. John Nygren is still open to changes to the Open Records Law, just not now. 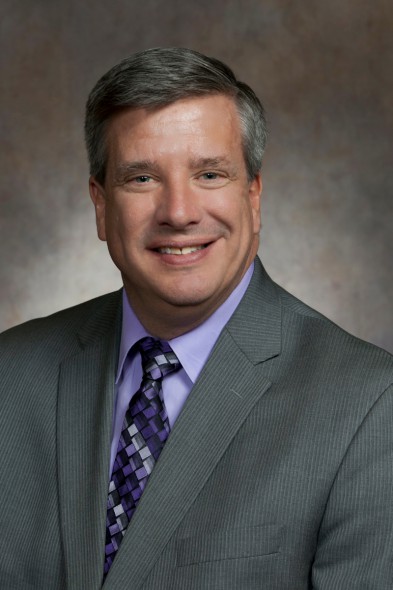 Republicans on the Joint Finance Committee (JFC) who voted for a last-minute budget amendment that did many things – including gutting the Open Records Law obligations of legislators, the governor and other top state officials – now say they made a big mistake.

“It was my first session on Joint Finance,” Republican Rep. Mary Czaja said in a WisconsinEye interview. “I learned a lot….It won’t happen again.”

“I called Senate Majority Leader [Scott] Fitzgerald at 9 o’clock the next morning and said, ‘We’ve got to fix this’,” Sen. Tom Tiffany said in a separate interview. He said he then wrote an open letter to media organizations in his 12th Senate District across northeast Wisconsin admitting, “I made a mistake.”

Czaja and Tiffany were serving on the Legislature’s budget committee for the first time when they took the advice of party leaders and, without debate, voted for the committee’s final amendment to the 2017-19 budget before the July 4 holiday weekend last year.

Gov. Scott Walker, Fitzgerald and Assembly Speaker Robin Vos quickly reversed themselves and killed the proposed changes to the Open Records Law. But the changes, and the secrecy surrounding them, touched off a statewide firestorm of criticism from conservatives, liberals and outraged individuals.

All 12 Republicans on the 16-member Finance Committee voted for the omnibus budget amendment that included weakening the Open Records Law. The four JFC Democrats voted against it.

Nine of those 12 Republicans – including Sens. Luther Olsen and Sheila Harsdorf – are up for re-election Nov. 8.

So far, their votes on the amendment – which would have kept secret records of contacts and other decisions made by legislators, Gov. Scott Walker and the state Department of Administration – have not become major campaign issues.

Olsen and Harsdorf can’t use the “rookie mistake” excuse.

Those two have served a total of 17 years on the 16-member committee that conducts a line-by-line review of the governor’s budget and then recommends changes to the full Legislature.

In separate interviews, the explanations that Olsen and Harsdorf offered for backing the move to shred sections of the Open Records Law showed how the Capitol game of leverage and deal making works.

Olsen said another provision of that omnibus final amendment reversed an earlier JFC decision and made sure Wisconsin would not have “the lowest requirements to be a teacher in the country” – something he, as chairman of the Senate Education Committee, desperately wanted fixed.

And, Olsen said, he also felt the Open Records changes would never become law because Walker, who weeks later became a candidate for President, would veto them “if it ever” got to his desk.

Walker’s presidential campaign advisers would convince him it would be “political suicide” to sign such broad Open Records exemptions into law, Olsen explained.

“It was a bad vote. I knew it at the time,” Olsen added. “But honestly, deep in my heart, I thought that this will never become law, because I knew what was coming down the pike.”

Harsdorf said she privately argued with party leaders “not to include” weakening the Open Records Law in JFC’s final budget amendment.

But, she said, that same amendment also funded a business incubator in her 10th Senate District. So, “Obviously I was not a position to vote against that particular motion.”

Once the Open Records Law changes passed the Finance Committee, however, Harsdorf said she quickly sponsored the formal amendment that killed them once and for all.

More than a year after the JFC vote, even Committee Cochairman Rep. John Nygren said it was a mistake to ask the panel to rewrite Open Records Law requirements “without any type of conversation.”

Nygren, who faces a Democratic challenger Nov. 8, was one of the Republican leaders who urged the committee’s 11 other Republicans to approve the final package.

Nygren said it would have prompted “less skepticism” if Open Records Law changes would have been considered separately, instead of being jammed into the committee’s omnibus final motion.

Still, Nygren said amending the Open Records Law to protect someone who contacts him or his office with “very private” problems should be considered.

But, next session, Nygren added: “We probably need to lay low and not address that issue.”

13 thoughts on “The State of Politics: Republicans Regret Assault on Open Records Law”