Nearly all 34 units leased in the first month. Building on track for LEED Platinum designation. 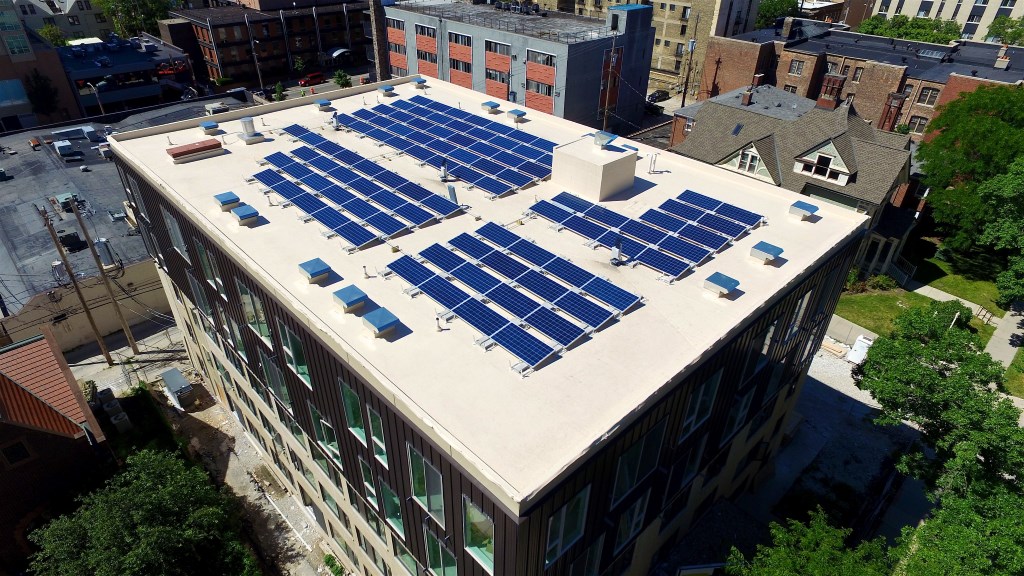 Sage on Prospect, a 34-unit East Side apartment building in an upcycled 73-unit former nursing home, took in its first renters at the beginning of the month, with most of its units now occupied.

This is good news for Mike O’Connor and his partners at Dominion Properties LLC, and to celebrate the building’s rehabilitation, they held an open house Thursday, September 15th at the development, 1825 N. Prospect Ave. The building will also be a first-time entrant in Doors Open Milwaukee, Saturday and Sunday, September 17th-18th.

The reconstruction of the 1961 building included removing a floor and then adding a couple back on to achieve the current 5-story height. The old structure had decent bones, and this skeleton, expressed in the form of orange I-Beams, appears here and there throughout the building attesting to the verisimilitude of the space.

“Sage” is a brand that O’Connor has developed for his energy-efficient buildings. The first, Sage on Jackson, opened in 2014. This building, like its predecessor, is geothermally heated and cooled. Retrofitting a building with geothermal wells is generally impracticable, but O’Connor was able to site the wells on the surface parking lot that separates Sage on Prospect from the lovely Queen Anne Alonzo Kane home to the north. (That building, vacant for some time, has been reincarnated as “Prosper … Follow Your Joy.” Its logo incorporates a lotus flower, two hop cones and two stalks of barley. Has the New Age movement come to this?)

Up on the roof, a solar array feeds energy into the building. At the time of my visit, a monitor in the lobby showed that the structure was actually producing more energy than it was consuming. The array of panels rests atop a “Blue Roof,” engineered by Milwaukee-based Hanging Gardens LLC, that is able to accumulate as much as 4-1/2 inches of rainwater during a storm event. This precipitation is then discharged into the sewer system when its capacity permits.

For those who care for a less torrential rain thrill, the front porch is equipped with a pair of rain chains that slow the drainage of water from a storm. In winter, the rain chains can ice up quite attractively, although these ones seem rather flimsy for the rigors they will face.

The building is entirely sprinklered for fire protection. Automatic fire suppression systems save a lot of money on fire insurance premiums. The insurers get around that by increasing the rates for water damage caused by sprinklers, O’Connor said. 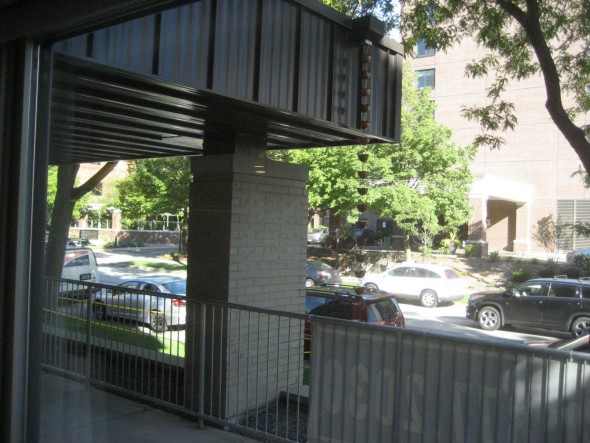 The rents start at around $1,850 per month. They are all-inclusive, however. Your rent also covers heat, electricity, air conditioning and high-speed internet.

An often overlooked benefit of geothermal installations is that those buildings do not need to be equipped with ugly, noisy air conditioning units.

The units on display are spare and light. O’Connor spent some extra bucks rounding off many of the corners in the building, testing the skills of his drywallers. They did fine.

The reception included bottled Leese-Fitch red wine, or champagne for those inclined. Beer from Milwaukee Brewing Company was offered in cans, while water was available in boxes. It was a celebration of packaging!

Food from Harry’s on Brady (an O’Connor tenant), was passed around to the crowd, and included spring rolls, guacamole on chips, crab cakes and other delicacies. A plate of what appeared to be olives was in fact composed of delicious truffles from the Chocolate Chisel in Port Washington.

Among the attendees were Jeff Bentoff, cycling down from the Water Tower district, and Ald. Nik Kovac. His wife, Grace Fuhr, would usually accompany him to an event like this one. However, her absence was understandable, since she is putting on a little weekend event called Doors Open, and was otherwise engaged in its obligations.

Inside Sage on Prospect 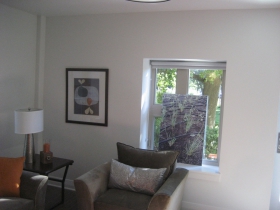 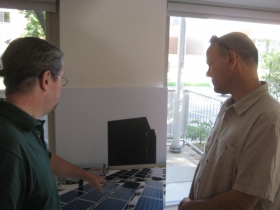 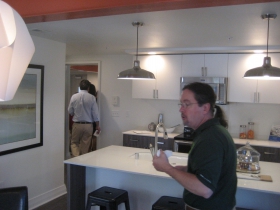 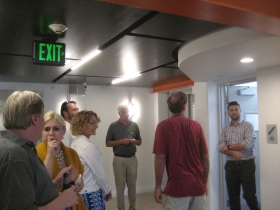 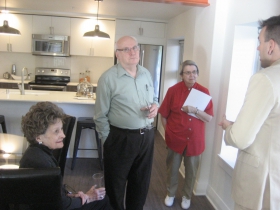 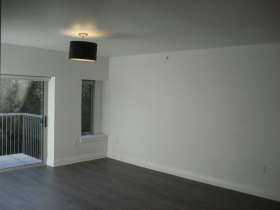 One thought on “Plenty of Horne: Sage on Prospect Opens”