Third Ward Warehouse To Be Developed 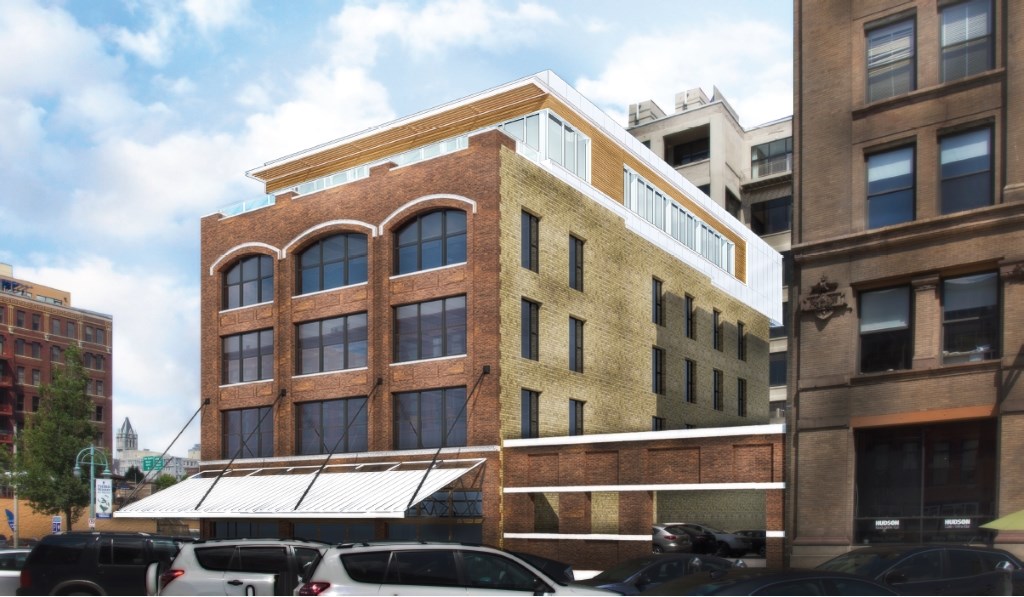 The last remaining vacant Third Ward warehouse building is to be converted into offices and a likely ground floor restaurant with the conceptual approval of plans by developer Robert Joseph to remodel the former Jennaro Bros. Commission Co. wholesale produce building at 322 N. Broadway.

Dan Kabara of Rinka Chung Architects made a presentation today to the Historic Third Ward Architectural Review Board, a necessary first step for construction and remodeling in the district. 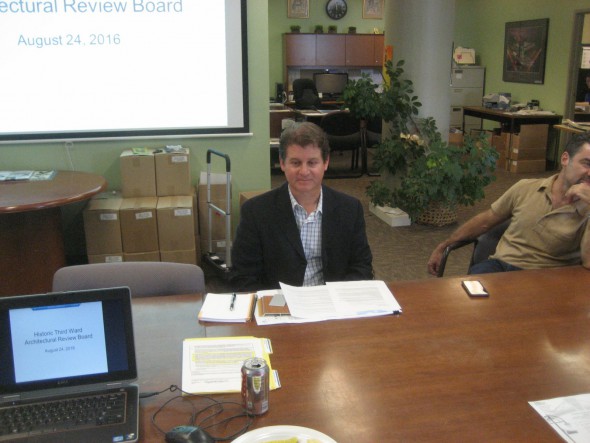 The Jennaro Bros. building, a Chicago Style commercial structure designed by Carl F. Ringer, Sr., was built in 1909 for the Kalvelage Commission Company on a street that until the end of the 20th century was the center of the wholesale produce trade. It is across the street from a row of buildings of similar former use, all of which have been converted to other purposes, and most of which, like this one, are dominated by broad canopies over the sidewalk.

The building has been vacant for over a decade, during a period when dozens of new and old buildings were constructed or rehabilitated in the neighborhood.

Architect Kabara told the board that his plans are to clean the brick and rebuild the much-altered storefront with old wood. The most likely use for the first floor would be a restaurant tenant. He cited Benelux to the north and the Wicked Hop to the west as examples of similar outdoor restaurants. Like those facilities, he hopes to have an operable storefront, with sliding doors, so that the building may be opened to the street in clement weather.

The canopy, a significant feature of the building, has been damaged over the years by forklifts and other traumatic events. But the structure is sound, and the chains holding up the structure, with their decorative elements, will remain.

The architect proposes a novel modification of the canopy with the addition of a band of glazed panels where the canopy meets the building. This will allow more light into the shaded area, as well as open up the details of the building to the observer.

The top three existing floors would be converted to office space. This is a change for Broadway where most similar space has been devoted to residential purposes. It will add to the mix of uses in the “live-work-play” neighborhood.

The most significant change will be the almost predictable addition of a new top floor to the building. As land becomes more valuable in the Third Ward, developers have taken to adding floors, provided it is done in conformity with district guidelines.

Generally speaking, such additions to historic structures (this one is National Register listed) should not be highly visible from the street. Joseph previously added to a commission building across the street, and put a penthouse apartment on the floor of another structure in the area.

The design calls for the addition to be set back one bay so as to minimize visibility. But in a novel twist, the addition will cantilever over the original structure on the east, or alley, side.

Holes will be punched in the side walls to admit light to the interior. The building is surrounded to the north and south by surface parking lots which may be built upon at some point. Joseph owns the lot to the north, between the Jennaro building and Benelux.

The building has been listed for sale by the Dickman Company, with an asking price of $3,500,000.

Joseph says he plans to begin construction “as soon as I can get a permit.” 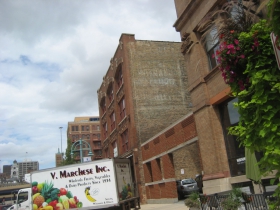 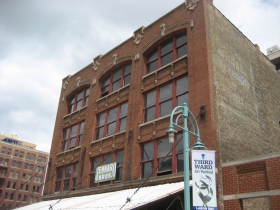 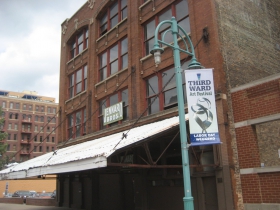 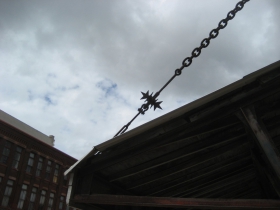 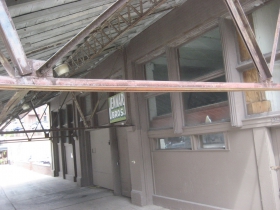 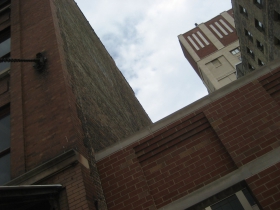 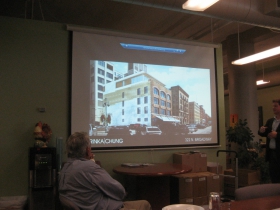 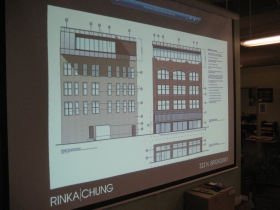 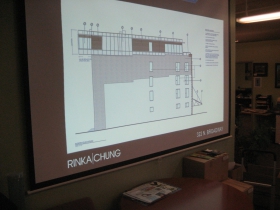 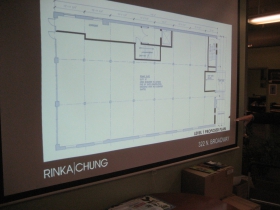 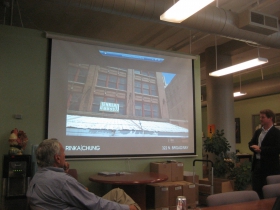 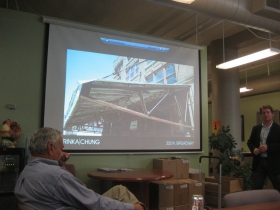 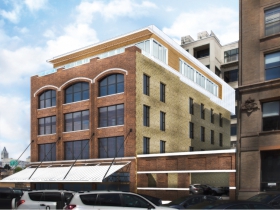 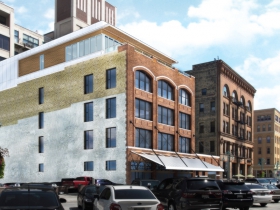 One thought on “Third Ward Warehouse To Be Developed”