By Gretchen Schuldt, Wisconsin Justice Initiative - Aug 22nd, 2016 12:47 pm
Get a daily rundown of the top stories on Urban Milwaukee 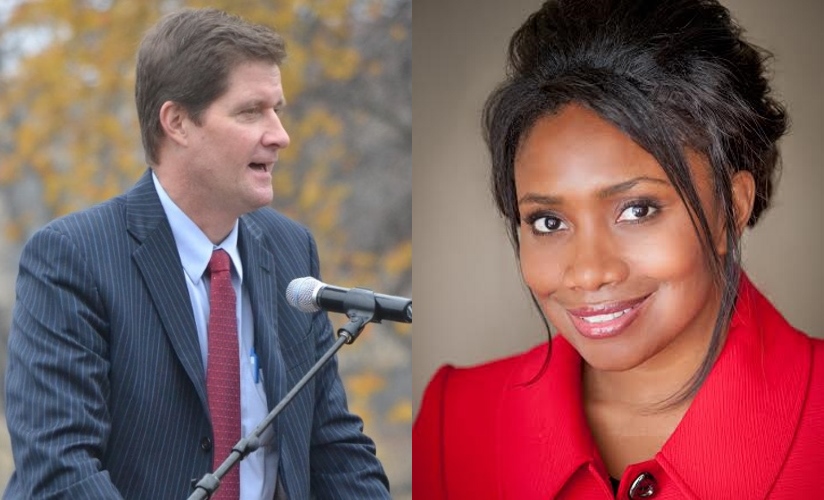 Unsuccessful district attorney candidate Verona Swanigan lost every ward in every Milwaukee County suburb, won just one Milwaukee ward south of I-94, and swept to victory through much of the city’s central city, according to county election results.

The south side ward Swanigan won, ward 254, boasted a total of seven voters. She won five, and District Attorney John Chisholm, who won re-election to his third term, won two.

Chisholm’s biggest margin of victory came in Shorewood, where he won 87% of the vote; Swanigan came closest in Milwaukee, Brown Deer and West Milwaukee. She won about 40% of the vote in each of those communities.

Swanigan’s election strategy depended on a coalition of black voters and the machinations of dark hat political operative Craig Peterson, who is a money-funneler for Eric O’Keefe and the right-wing Club for Growth.

​It didn’t work. Chisholm had a strong record, and the liberal Greater Wisconsin Committee came to his aid. Swanigan, on the other hand, had significant liabilities, including a paucity of experience, questionable ability, a history of mental and physical health issues, and a bankruptcy. One woman, Shalonda Ezell, even offered voters gift cards to cast their ballots for Swanigan.

The map below shows voting results, some of which follow reflect the city’s traditional geographic racial divisions. The green areas represent Chisholm wins; light areas are Swanigan wins; and the blue areas are where the two candidates tied. The data source is unofficial Milwaukee County election returns.

Below that is a chart showing each municipality’s vote totals. 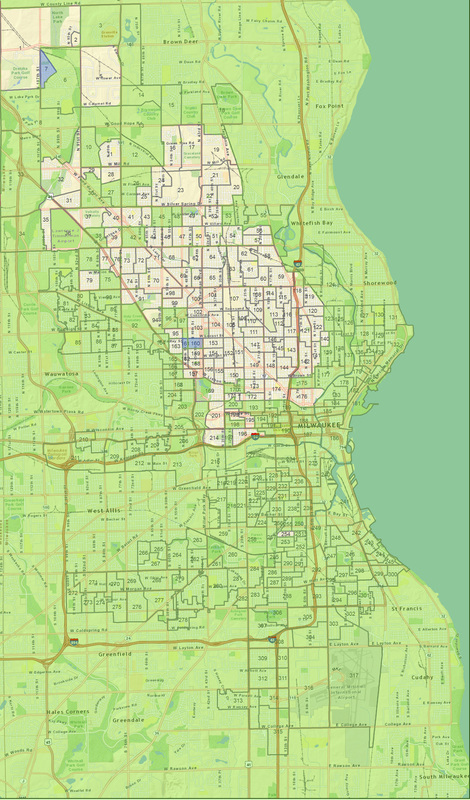 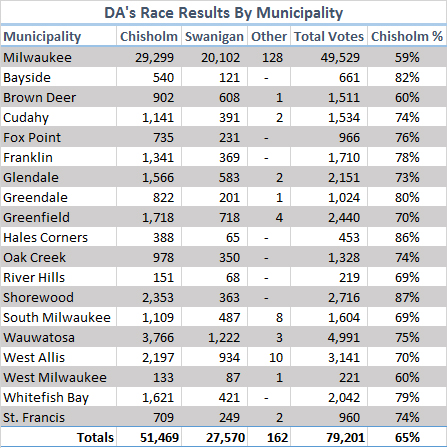