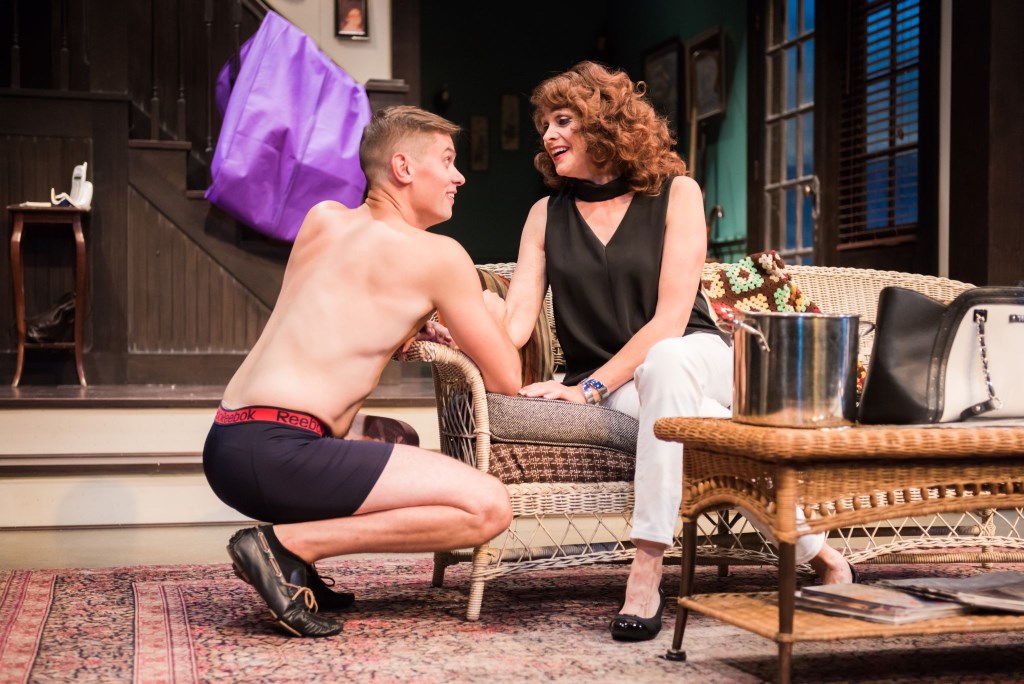 For its season opener, the Milwaukee Chamber Theater turned to two of the city’s best actresses, Jenny Wanasek and Carrie Hitchcock, to fill the larger proscenium space of the Cabot Theatre with formidable character size and full-throated interpretation.

Not that Durang’s script doesn’t sparkle with repartee and deft trickery that patrons should enjoy. But this excursion requires an ensemble in sync in both manic extremes and poignant interaction. The script may be structured as a number of star turns with comedic and dramatic payoffs. But director Marcella Kearns hasn’t captured the right mix in casting that would fulfill the play’s purpose.

The comedy is a fanciful mashup of Chekhovian names and themes with a pointed dissection of popular culture. You don’t have to know Chekhov (though at times it helps) or even all the glances off modern culture to smile. Sometimes the situational humor is thrown hard at us by this production rather than sliding up as an unexpected burst.

Vanya (MCT artistic director C. Michael Wright) and Sonia (Wanasek) are middle aged brother and sister living out life’s sadness in a Bucks County (Pa.) farmhouse paid for by their famous, movie star sister, Masha. He’s gay and on the surface content with his loneliness, she is never content on the surface or underneath. She’s constantly harping on her suffering — until events push forward her more aggressive side. Wanasek advances the self-pity into comic gems.

Into their lives blows Masha demanding their services as dwarfs to attend to her costume party entrance as Snow White. She is Durang’s send-up of every self-centered aging diva in the Hollywood annals, her flowing wigs red or black depending on costume and mood, her face aggressively flirtatious with her boy toy Spike, yet grimacing with anger as Snow White when she’s clearly not the belle of the ball.

This is a forte madcap role of precise bellows and physical motion that Hitchcock relishes, then follows up with hysteria and more human regret. (There is a subtext of regret in all the human foolishness, which come to think of it is pretty close to Chekhov.) Some of the best moments are when the two actresses get to play off each other.

Floating through all this is housekeeper Cassandra, a doomsday psychic and plot changer, and Nina, the pretty girl next door star-struck by the entire household, yet surprisingly knowing in her assessments. 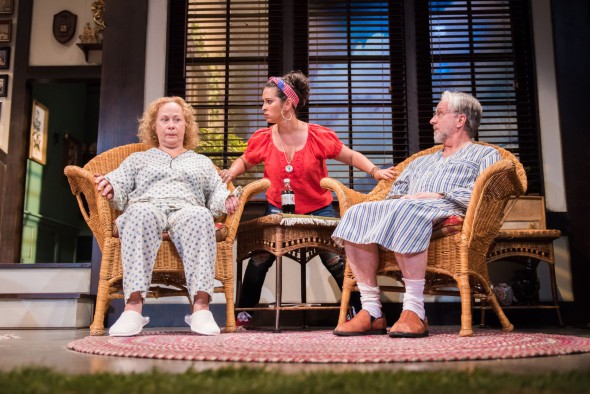 The anchor should be Vanya, but veteran actor Wright decides on a quiet wistful manner, ignoring emotional involvement and leading at the end to an almost inexplicable explosion. Yet the dialogue suggests Vanya is actually the connecting thread whose flashes of gentle wit hold the piece together, and suggests there should be a bigger touch of discomfort when his status and gayness are dumped upon. The character has the play’s most memorable harangue on modern culture that Wright plays more as hysteria than motivated culmination of a watchful character. Director Kearns, now MCT associate artistic director, should have landed harder on her boss to find that connecting thread.

A strong singer and capable actress, Rana Roman first has to decide what ethnicity she is stereotyping and then commit without winks to the voodoo shakes and farcical prophecies of  Cassandra. A capable flow of niceness is provided by Elodie Senetra as Nina, but nothing more. JJ Phillips has a more useful outing for his muscularity than his Rep turn two season ago as Superman. His Spike is a key plot element as he flaunts his sexuality at Vanya, Masha and anyone else; he’s meant to be a comic foil, yet Phillips instead handles the narcissism almost sympathetically.

Hitchcock’s Masha masters rapid shifts of tone that other actors sometimes don’t seem ready for. Wanasek’s most touching moment is an interplay on the phone  — and in this case the invisible other party allows her the most precise flickers of emotion.

The play is carefully structured so that each player gets a moment for bows. In the final act every character is supposed to have an exit of applause after a powerful sequence. That didn’t happen opening night though these patrons were clearly attuned to the proceedings and even devotees of individual actors.

Yet technical elements were superb. Brandon Kirkham’s farmhouse is a restful wonder of homey textures and bric-a-brac with a sly poster of The Cherry Orchard on the wall and useful levels and entryways. Alex Tecoma designs costumes that are attuned even in gaudiness to the story points. Sarah Ramos’ sound design (everything from the Stones to Simon to the Beatles to the Free to  Be You and Me album) had us hungering for her playlist that so perfectly fit Durang’s underpinning of nostalgia and melancholy

The production at the central house of the Broadway Theatre Center is the Milwaukee premiere of the 2013 Tony best play and runs through August 28.

Vanya and Sonia and Masha and Spike Gallery 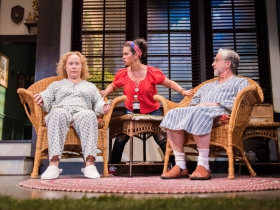 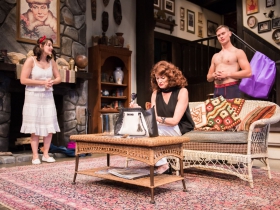 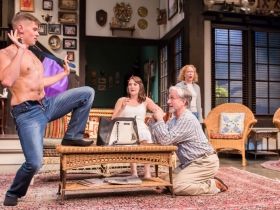 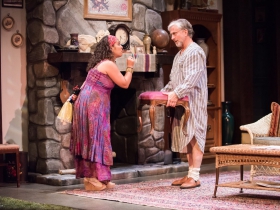 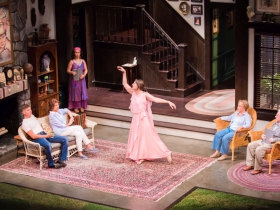 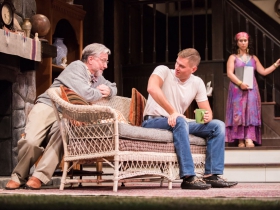