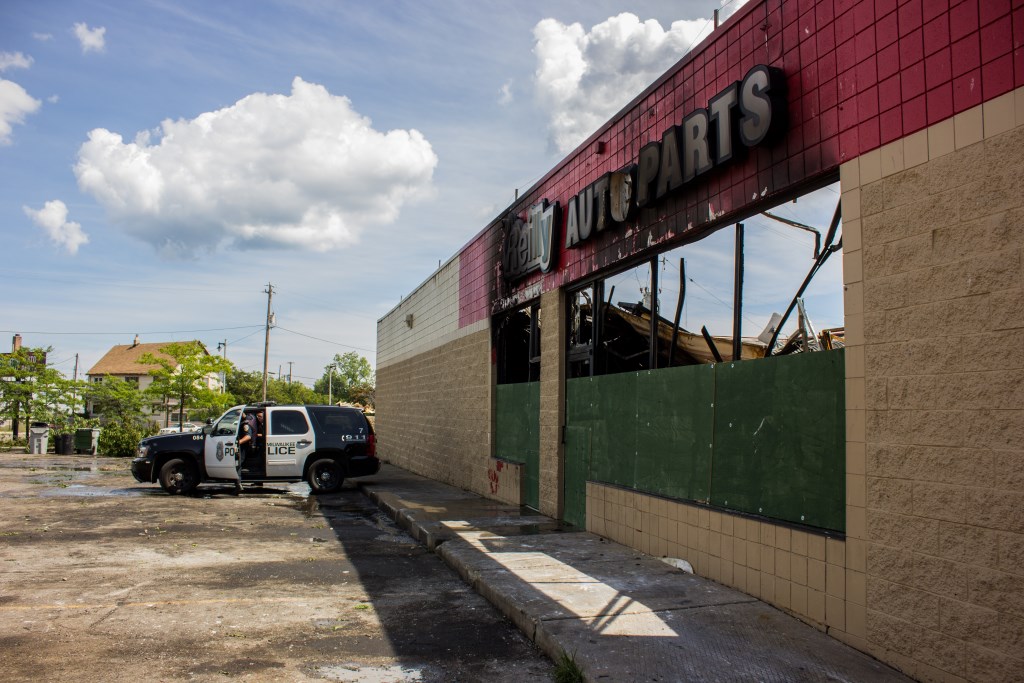 The weekend of violence in Milwaukee has generated a ton of media coverage, nationally and even beyond, all seeking to explain what happened. Violence erupted after the fatal shooting of Sylville Smith, a 23-year-old black suspect, by police. Many of the stories have pointed to the problems of inequity in the city: the lack of jobs and investment and quality education in majority black neighborhoods, the level of segregation and the high rate of incarceration for African American men in Milwaukee.

But the violence here erupted after repeated incidents of black men in custody being killed by police in various American cities over the past couple years, and that has been the focus of many stories: on Milwaukee’s police department, and how much blame it deserves for the situation here.

Some of the national coverage has been half-baked at best. A USA Today story compared Milwaukee to Ferguson and the “systematic predatory practices of the police department” without any evidence that Milwaukee’s department was in any way similar. And Reuters reached back a half century noting that “Police tensions with African-Americans date at least to the reign of former Police Chief Harold Breier, who opposed the civil rights movement in the 1960s.”

The New York Times took a similar approach, in a story headlined “Racial Violence in Milwaukee Was Decades in the Making.” The article quotes retired Milwaukee police officer Cedric Jackson, who is black, saying the department handled suspects differently depending on their race. “One common practice, he said, was that after catching suspects who ran, officers would rough them up. ‘If they caught you in a backyard or alleyway, they’d want to beat you up.’ White officers, he said, ‘really viewed blacks as less than them or animals or not deserving of respect.’”

But Jackson retired in 2011, and the story doesn’t address the current leadership of Chief Ed Flynn, who was hired in 2008. Breier’s approach was one of containment, where the department provided far more manpower to white areas of the city while under-policing minority neighborhoods were crime was more prevalent. Flynn is considered a national leader in proactive policing that combines rapid-response, data-oriented policing targeting high crime (largely minority) neighborhoods with an emphasis on community policing. Flynn has constantly noted and taught his police that you must carefully distinguish between perpetrators in neighborhoods and the many law-abiding citizens. Police, he notes, depend on the cooperation of those residents who can help lead them to criminals.

But the department he inherited is heavily white and it’s not clear how much progress Flynn has made diversifying it. In a city where 40 percent of the residents are black, just 17 percent of police officers are black and 18 percent are other minorities, as a story in the Los Angeles Times noted.

The article leads with a story about Milwaukee County Supervisor Supreme Moore Omokunde getting stopped by a police officer for expired license plate tags. “Omokunde, who is black, cracked open his window, he said, but the officer, who was white, wanted it rolled down all the way and threatened to smash it. ‘He said he would drag me out of the car,’” Omokunde told the newspaper.

I’m told that Flynn has privately admitted the department he inherited has some problem officers. Perhaps the ugliest incident on his watch involved 74 black residents who sued over accusations that police had subjected them to body cavity and rectal searches. This resulted in a lawsuit the city settled for $5 million.

In 2014, a white officer shot and killed a 31-year-old mentally ill black man, Dontre Hamilton. The officer said Hamilton had grabbed his baton and attacked him, but Flynn fired the officer for failure to follow the proper protocol.

Flynn has also been proactive in asking the U.S. Department of Justice to do a review of its practices last year.

And the chief has continued to have the support of most Milwaukee Common Council members, including its African American members. Even Ald. Khalif Rainey, in whose district the violence occurred, avoided blaming the police while noting the dreadful economic and social conditions faced by residents in the Sherman Park neighborhood he serves.

Flynn had expressed surprise at the violent reaction to the shooting “This was, quite frankly, unanticipated,” he told the media. “The chief’s statement raised questions about whether authorities could have taken steps to curb the violence, perhaps by sharing details of the shooting earlier, including the officer’s race or footage from his body camera,” an Associated Press story noted.

The officer who shot Smith was black. As for the body camera footage, under state law, Flynn cannot release it until a state investigation is completed.

Meanwhile, he noted that an unexpected, complicating factor was the arrival of “agitators from Chicago,” as the Chicago Tribune reported. “The Revolutionary Communist Party of Chicago showed up, and actually they’re the ones who started to cause problems leading into (Sunday) evening by marching and trying to take over (the intersection of) Sherman and Burleigh,” Flynn said. “That was about 11:30 at night. We made it to 11:30 in the evening, and we had these characters show up.’”

Carl Dix, a spokesman for the group, contested Flynn’s view, saying “the rioting was prompted by conditions in the community that existed before his group arrived.” But he also referred to Flynn as the “pig chief.” And Dix told ABC News his group seeks to “dismantle” the police.

Flynn noted that police managed to remain restrained under tough conditions: “It certainly appears there are people who are willing to shoot at (police) without concern of whether they injure or kill them… We do have people who are recklessly firing firearms generally, and clearly some of them are firing at police,” but “none of our officers returned fire.”

Meanwhile, the slain man’s sister Sherelle Smith, has claimed the officer who shot her brother “knew my brother personally from high school,” as she told TV station Fox 6. “You know exactly how my brother was and you shot and killed him.” A Milwaukee police source confirmed the officer involved in this shooting incident did attend Pulaski High School with Sylville Smith.

But the officer presumably also knew Smith had a police record: he was accused in a shooting last year and charged with recklessly endangering safety, a felony. The Milwaukee Journal Sentinel reported that Smith was subsequently accused of pressuring the victim to recant statements that identified him as the gunman and charged with trying to intimidate a witness. The charges were dropped because the victim recanted the identification and failed to appear in court, Chief Deputy District Attorney Kent Lovern told the newspaper.

Flynn has said the officer stopped Smith’s vehicle because he was behaving suspiciously and then had to chase Smith several dozen feet on foot into an enclosed space between two houses. Mayor Tom Barrett has said that Smith was carrying a stolen handgun loaded with 23 rounds of ammunition.

Flynn said the video from the officer’s body camera showed Smith turning toward the officer with a gun in his hand, but that the moment when the officer fired his weapon could not be determined because the audio was delayed, as the Huffington Post reported.

“I’m looking at a silent movie that doesn’t necessarily tell me everything that will come out in a thorough investigation. Based on what I saw, didn’t hear, don’t know what the autopsy results are going to be, he certainly appeared to be within lawful bounds,” Flynn said of the officer.

Barrett has that Smith did not drop the gun as ordered before he was shot.

Under a recently passed state law, an investigation by the Wisconsin Department of Justice is required whenever someone is killed by police or dies in official custody. Barrett has called on the state to release the body camera footage. “This is a flashpoint,” he told the Journal Sentinel.

But state DOJ spokesperson Johnny Koremenos said the department will not release the video until its investigation is complete and then all evidence collected will be shared with the public. That’s the proper procedure, but unfortunately, the lack of closure will only fuel more rumors and accusations, further aggravating police-community relations. 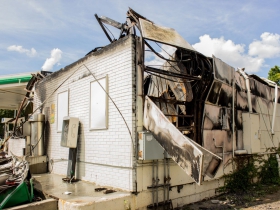 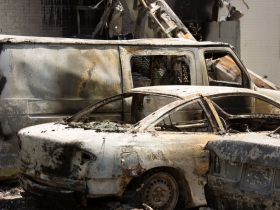 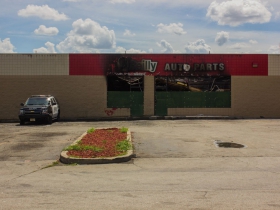 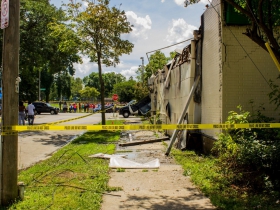 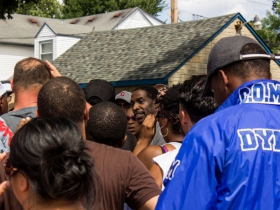 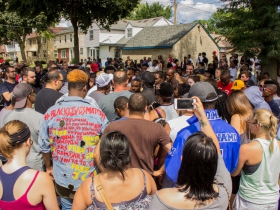 26 thoughts on “Murphy’s Law: Role Of Police Questioned in Unrest”