The dam was built to help create the proposed canal connecting city to the Mississippi. 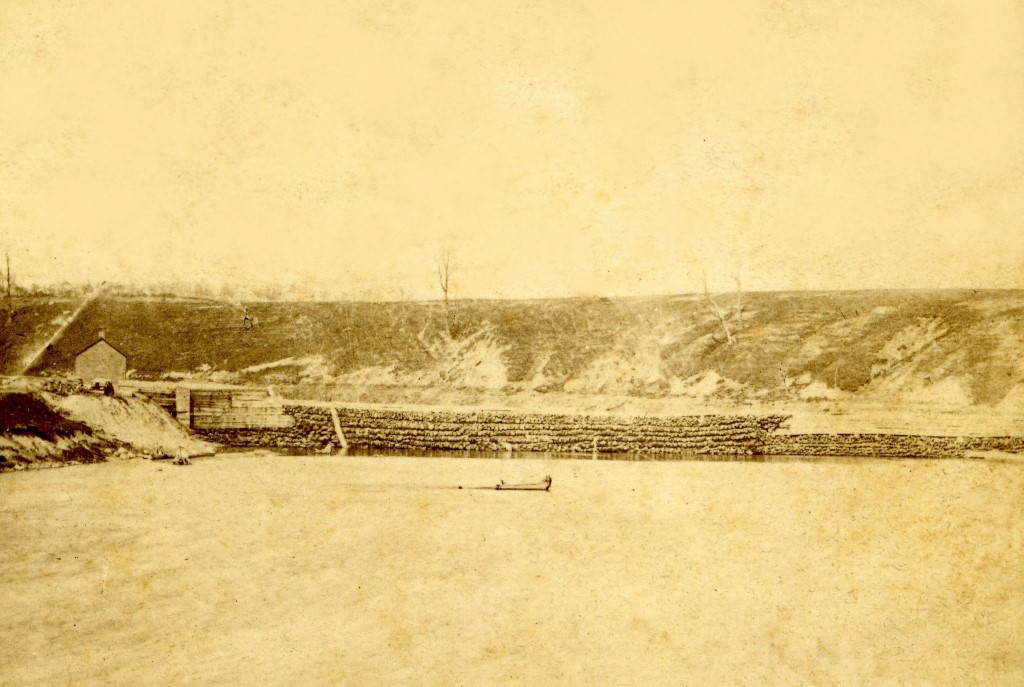 By the 1830s the future location of Milwaukee had become a very attractive site for new settlers. Several factors contributed to this. First was the completion of the Erie canal in 1825, which created a navigable route from New York City and the Atlantic Ocean to the Great Lakes. Add to this Robert Fulton’s invention of the steamboat 18 years earlier and you had a mode of transportation that would bring an abundance of settlers from upstate New York and New England to the young Wisconsin territory. Finally, the end of the Black Hawk war would open up vast areas for settling.

Milwaukee looked like a prime area for settlement. With three rivers meeting near Lake Michigan, it was a natural spot for landing these boats. But there were some limitations. The entrance at the mouth of the Milwaukee River was a bit shallow which would limit the size of boats entering the river. So a pier was built on Lake Michigan and the arriving boats were served by smaller tenders that would deliver passengers and goods to the small community of Milwaukee.

The Milwaukee River would prove a challenge to be conquered by these settlers. The area west of the river which later became downtown Milwaukee was basically a marsh and tamarack bog. Ditto for much of the east side except for a narrow strip along what now is Water St.

But it also presented opportunities. Another motive behind the founding of Milwaukee was the possibility of linking its deep-water port to the lead region in southwestern Wisconsin by means of a canal. Byron Kilbourn, the chief proponent of this idea, brought engineer and scientist Increase Lapham to Milwaukee in order to oversee the canal’s development; Lapham had worked previously on the Erie Canal and on the locks that by-passed Ohio River rapids near Louisville, Kentucky.

This is an early view of the dam, possibly the original log one which was completed in 1842 and was later destroyed by a flood in 1866.

As for why the bluff in the background is nearly denuded of trees, there is an easy explanation. The only completed section of the canal was about a mile long. It would become an excellent source for water power and factories and sawmills would fill the area between the canal and the river, resulting in all the trees being cut down.

The next several weeks will feature more views of the river, mostly rare photos dating from the 1860s.