Cars Do NOT Own the Road

Hit-and-run driver kills bicyclist in Dane County. TV reporter asks why bicyclist was on the road. 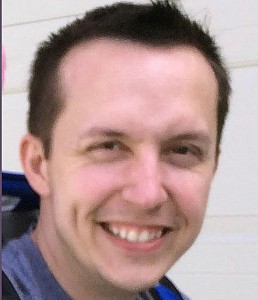 Shelton Berel, father of two, was killed while riding his bicycle Friday morning.

Another cyclist has been killed; this time in an egregious fashion.

Shelton Berel was training for a triathalon about 6:30 Friday morning, when Kevin D. Meister drove into him with a pickup truck and fled the scene in the Town of Oregon, according to Dane County Sheriff’s reports.

Berel died along the road.

Thanks to good citizens, authorities found Meister later that day, about 10 miles away. He is being held in the Dane County Jail, pending charges.

We’ll have to wait for the official complaint to know more about what happened. Was Meister drunk at the time? Was he distracted? Was it a case of road rage? Why did he flee the scene?

The answers to those questions – and what charges the district attorney decides to issue against Meister – will be something that the Bike Fed will watch and report on very closely.

His driving history provides clues. According to online court records, the 35-year-old has been convicted three times for driving with a revoked or suspended license over the past 11 years; most recently in 2013. Records indicate his original revocation / suspension, in 2005, was the result of a drunken driving charge.

Last year, Meister was ticketed for deviating from a designated lane, speeding and failing to wear a seat belt. He’s been cited for that violation four times.

That’s what we know about Meister’s history of recorded violations and attitude on the road.

Here’s what we know about Shelton Berel. He was married to Katelynn and they have a daughter, Ella. Katelynn is expecting their second child, who they have named “Peanut 2.”  He competed in triathlons and worked at the University of Wisconsin Graduate School.

Pardon me, but I’ve already made a judgment about the character of these two men, regardless of how the legalities play out, and my guess is that you agree with what I think of each man.

When I returned to Madison on Friday after a board/staff retreat in Neenah, I was asked to do a quick interview for a TV station regarding this tragedy. The young reporter asked me over and over again if Berel should have even been on a county highway (it was actually a town road, but “county highway” was how she phrased her question). And over and over again I emphasized that he had every right to be there. I didn’t know why he was where he was. It did not matter.

Let me be as clear to you as I tried to be to that reporter: Shelton Berel and any other cyclist had an absolute right to be on that road or on any other road that is not restricted by law to only motorized vehicles. The fault lies squarely and entirely on the man who killed him and the man who killed him didn’t have the character to stay at the scene, call for help, render what aid he could and answer to authorities for his actions. That much is absolute fact.

Can we just make this clear once and for all: cars and their drivers do NOT own our roads. Roads are a public right of way and bicycles are vehicles under the law with every bit as much right to every inch of that roadway as somebody driving a vehicle with an internal combustion engine.

If you’re driving a car and a bicycle takes the lane (not something we know Shelton did in this case) and it slows you down a little, may I say something impolitic? That something is “tough.” Slow down. When it’s safe, give the cyclist three feet separation or more as the law REQUIRES and get to work or whatever your almighty destination is all of maybe five seconds later.

If Kevin D. Meister had done that Shelton Berel would have returned home after his training ride, taken a shower, kissed his wife and little girl and gone off to work thinking about the new addition to his family. And Kevin D. Meister could have completed his trip to wherever it was he was headed, instead of being headed to a very long sentence in a very cold prison cell, as I so deeply hope will be his fate.