It went from very intolerant to more gay bars than Chicago by 1969, a new book finds. 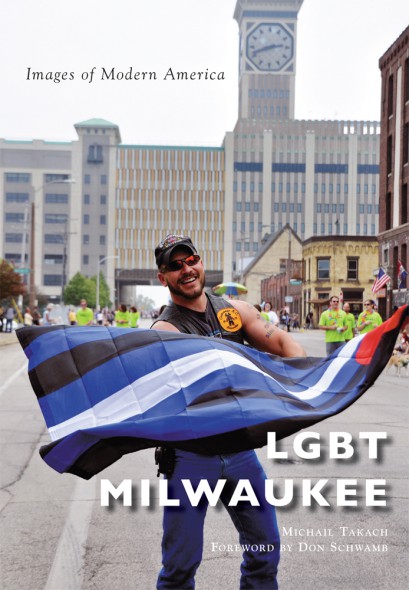 Milwaukee seems an unlikely place for gay liberation to flower. After all, being homosexual was illegal here before the word homosexual even existed. Sodomy was criminalized in the Michigan Territory in 1836 and remained illegal until 1983. By the time of Oscar Wilde, Milwaukee was already a booming German Athens of industry, commerce, and a quarter million people.

Originally used to describe single-gender settings, homosexual aptly described male life in 1892. Milwaukee was a workingman’s destination, with more single, able-bodied men arriving every day to make their fortunes. From rooming houses to railroads, from barrooms to bathhouses, and from factories to freighters, these workers lived in almost an exclusively male world.

For a homosexual man, it was actually easier to disappear into this hyper-masculine culture than endure small-town family obligations. But, aside from the occasional Oscar Wilde Reading Room or the rare red-light alley bar, there were no safe or defined spaces for gay men. Being homosexual meant living a mostly heterosexual life filled with desires that may be very, very discreetly acted upon, but rarely, if ever, acknowledged.

Tracing these gay and lesbian experiences is a challenge. Unlike ethnic or cultural heritage, LGBTQ history is not passed down from generation to generation. Family trees do not favor “funny uncles” or “maiden aunts.” Until 2015, not a single elementary school in the nation taught LGBTQ history.

It’s telling that gay people are only found in newspaper archives under derogatory terms.  When gay had a very different meaning, gay men were usually described as “sexual deviates.” Only by stringing together innuendo, connotations, and keywords, can you find a pattern of where, when, and how gay men gathered in the early 20th century. Regrettably, these gatherings were only known for their scandal.  Back when gay pride was an oxymoron, gay people were only known for their shame.

Consider, if you will, the men apprehended at Bradford Beach in 1947, whose names and addresses were printed in the local paper, alongside their state penitentiary sentence for “morals charges.” Or the teachers arrested for “disorderly conduct” at Schuster’s Department Store on North Third Street in 1958, fined $100 each, fired from their jobs, and committed to mandatory psychiatric care. Or the graduate student booked for “indecent suggestions” in the Royal Hotel restroom in 1959, who lost his driver’s license, military benefits, college degree, and bright future.  An entire lifetime could be ruined in one unfortunate moment.

Consider Elroy Schulz, brewery worker, who was arrested in Juneau Park in April 1960 after supposedly grabbing a vice officer and making an “immoral proposition.” In the process of being “arrested,” Elroy suffered shattered dentures, diabetic shock, abdominal bleeding, and a brain hemorrhage. The officer claimed to have hit him only once.

Schulz died before sunrise, less than five hours after his discharge. His killers were cleared of charges of excessive force. “The officer acted justifiably and excusably in the due process of the law and could not be held criminally responsible,” reads the inquest. “No charges will be filed.” There were no protests, riots, or civil lawsuits for Schulz. People were more likely to congratulate the officer for removing another homosexual from the streets.

“People can’t understand a problem they don’t see. We see them – these men are predatory. They hang around theaters, stores, and public restrooms. They are a threat to public decency,” explained a veteran police officer.

Elroy Schulz’s death was a chilling reminder that gays could expect no mercy. They were already bombarded with media messages that they were indecent, immoral, and dysfunctional. They were considered second only to prostitutes as a public-health risk. They were threatened with being institutionalized until proven “cured” of their sexual orientation. Now, their lives were in danger.

“For most of the hidden homosexuals, it is a furtive, lonely life of passing attachments, a life haunted by fear of exposure, loss of job, blackmail and perhaps guilt. It is gay only in homosexual jargon,” reads an 1960 Milwaukee Sentinel article.

But a great awakening of sorts was already happening in Milwaukee. Rather than being scared into hiding by police brutality, criminal records, or social shame, the gay and lesbian people of Milwaukee defiantly emerged as a community. “If we were going to hell anyway,” said a contributor, “we were going to hell in high heels. Let nothing more stand between us and our fun.” 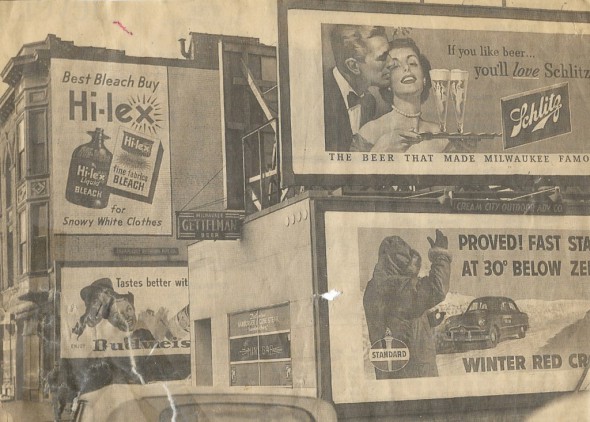 By 1963, safe spaces began popping up in surprising places: coal-stained flour mills and abandoned hotels on the South Side, desolate warehouses in the Haymarket, racially mixed taverns in the inner city. The 1963 Lavender Baedeker Guide lists 12 known gay venues in Milwaukee, including four hotels, two restaurants, and six bars—including the Mint Bar, now believed to be the longest-running gay bar in Milwaukee history.

“They now want it believed that homosexuality is not just an acceptable way of life, but rather a desirable, noble, preferable way of life,” remarked the Milwaukee Journal in May 1964. “The homosexual has gotten bolder.”

By the time of the Stonewall Riots, Milwaukee had already seen 33 known gay bars open – far more than Chicago, and nearly as many as New York and San Francisco.

In a nation of marriage equality, pride parades, and cruising apps, we cannot imagine the bravery it required to be your best self in an earlier America.

LGBT Milwaukee is dedicated to those whose history cannot be told because it could never be and was never known; to those whose lives were forever filled with the anguish and anxiety of being “found out”; to those whose lives ended in shame and self-loathing because they were. Their commitment and courage to lead an authentic life has been an inspiration and is the driving force behind this book.

LGBT Milwaukee tells the story of how our local community came out of the darkness with enough confidence, resilience and pride enough to change the world. You will be left feeling proud.

One thought on “How Milwaukee Became LGBTQ-Friendly”