Throwing Rocks at the Google Bus

What is the systemic problem that sets the rich against the poor and the technologists against everybody else? 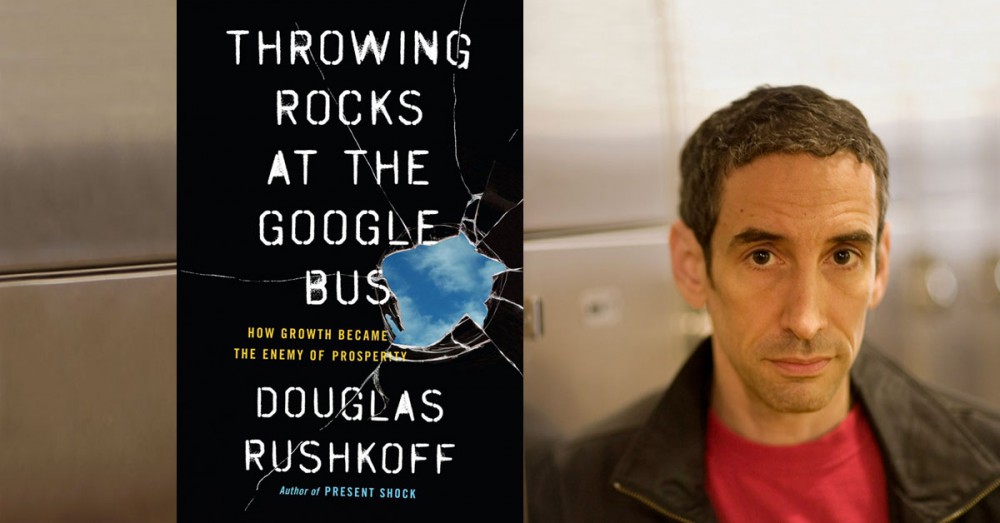 Throwing Rocks at the Google Bus

What is the systemic problem that sets the rich against the poor and the technologists against everybody else? Why doesn’t the explosive growth of companies like Facebook and Uber deliver more prosperity for everyone? Author Douglas Rushkoff explores those issues in his new book Throwing Rocks at the Google Bus: How Growth Became the Enemy of Prosperity.

Released in March, the book draws its title from the private buses Google and other tech companies use to transport their employees around Silicon Valley. How will these companies continue to reshape our cities and lives?

Come for discussion and a social hour on September 19th in the backroom of My Office, 763 N. Milwaukee St, at 6 p.m. All are welcome to attend, the discussions are informal and open-ended. If you don’t finish the book, don’t worry. Come to listen, learn and engage.

The book is available from Amazon, the Milwaukee Public Library, and bookstores everywhere.

Douglas Rushkoff is the author of Present Shock: When Everything Happens Now as well as a dozen other bestselling books on media, technology, and culture, including Program or Be Programmed, Media Virus, Life Inc and the novel Ecstasy Club. His latest book, Throwing Rocks at the Google Bus: How Growth Became the Enemy of Prosperity, will be published by Penguin/Portfolio in March 2016. He is Professor of Media Theory and Digital Economics at CUNY/Queens. He wrote the graphic novels Testament and A.D.D., and made the television documentaries Generation Like, Merchants of Cool, The Persuaders, and Digital Nation. He lives in New York, and lectures about media, society, and economics around the world.

Rushkoff’s first book about digital culture, Cyberia, was canceled by Bantam in 1992 because they thought the Internet would be “over” by the time the book came out in 1993. It came out the next year with HarperCollins. When he told his publicist there about listing the book on Amazon, she replied “that sounds great! Is Amazon for the Mac or the PC?”