Steely Dan Reels in the Years

Along with opener Steve Winwood, the musicians made time stand still. 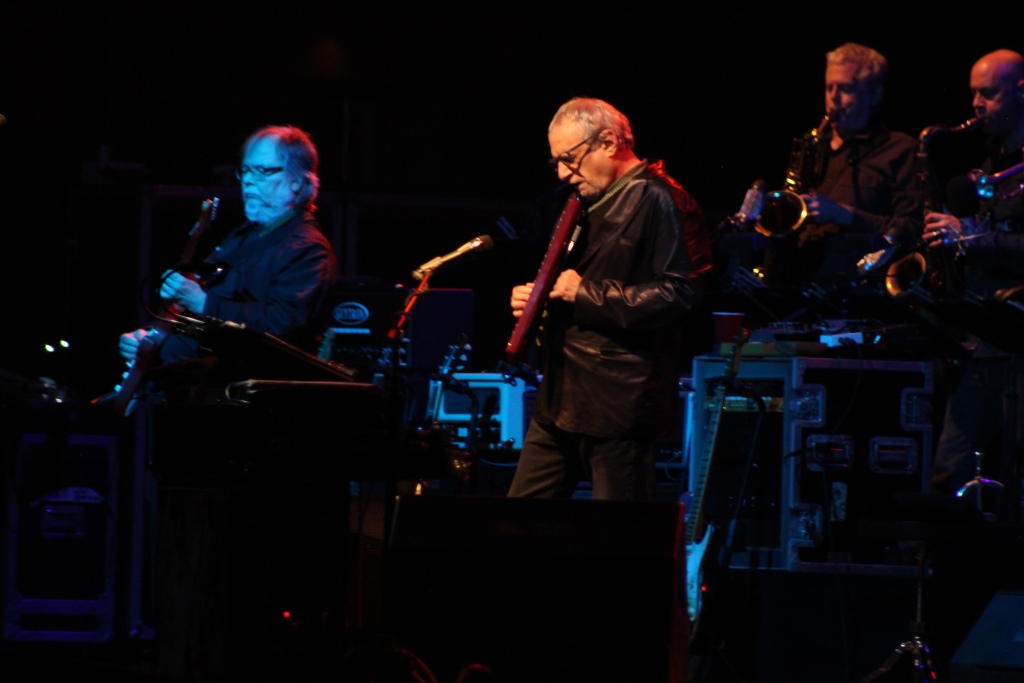 The human voice is a funny thing. While the rest of our body tends to whither and disappoint us as time goes on, the voice often maintains the sound and presence of our youth. 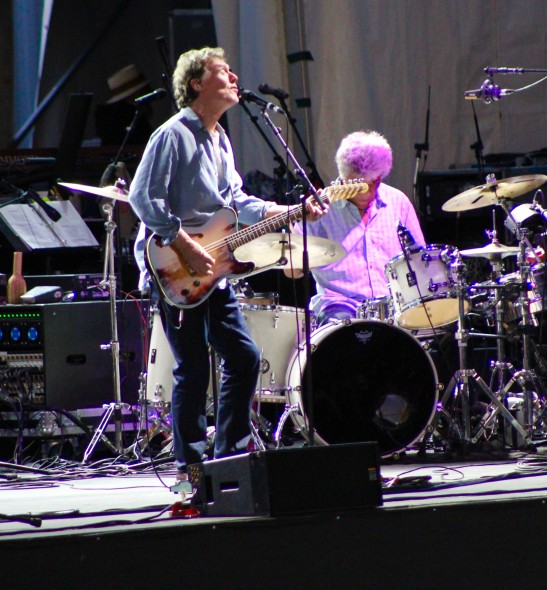 This was oh-so-true during the Steely Dan show at the BMO Pavillion on the Summerfest grounds on Saturday night. Donald Fagen, one of the founding members of Steely Dan, displayed a voice as strong as it was in the 1970s, the band’s heyday. The opening artist, Steve Winwood, could easily have been a headliner with his fantastic hour-long set. His voice may even be stronger than Fagen’s. After all these years. Winwood can still nail the high notes and dispatch you to the early 80s and the memories that are conjoined with his music.

Saturday’s incarnation of Steely Dan was accompanied by a large contingency of extremely talented musicians as well as a powerful core of three women with voices that could break down brick walls.

After a few minutes of “warming up the audience,” Fagen strutted on stage like a king on his way to the throne, followed closely by the trio of female singers. The near capacity crowd was quick to react with cheers and hoots of admiration.

Fagen made a bee-line to the piano where he and the band belted out “Black Cow,” released as the B-side of the single version of “Josie,” which reached number #26 on the US Hot 100 in 1977. The crowd was into the show from Winwood’s set so the seat was figuratively warm for Steely Dan.

“The Dan Who Knew Too Much” tour, as this one is being billed, is somewhat of a departure for the band, who were, for a long time, almost exclusively studio musicians. These days, they look as they’re having as much legal fun as you can in front of an audience. After “Black Cow,” the band deftly navigated through “Aja” and “Hey Nineteen,” with the crowd singing along with every lyric.

Fagen’s piano playing was so feverish that at times he resembled Dr. Frankenstein flailing over his creation of life, with his head rolling forward and back, then sideways.

Winwood opened for Steely Dan and delivered a set that matched the headliner, step by step. Backed by four incredible musicians, Winwood opened on the organ for a few songs, then took center stage with a guitar, then went back to the organ. He’s surprisingly good at lead guitar.

Winwood wooed the audience with “Can’t Find My Way Home,” “Gimme Some Lovin’,” and a surprising and delightful rendition of “Low Spark of High Heeled Boys,” from his days with Traffic.

Steely Dan has been creating music since the first Nixon administration. Winwood was barely a man of 18 when “Gimme Some Lovin’” was released in 1966 when he was with the Spencer Davis Group.

On Saturday night, both bands made you feel like yesterday was a lot more recent than it was.

2 thoughts on “Music: Steely Dan Reels in the Years”