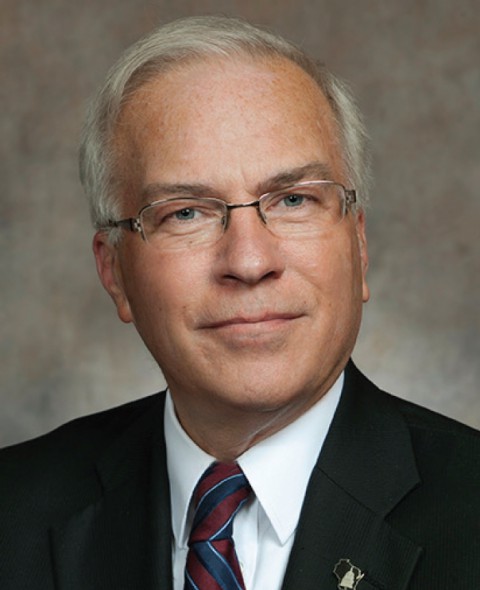 State Sen. Steve Nass, a Republican from Whitewater, isn’t too thrilled with the curriculum in a certain Sociology class at the University of Wisconsin.

The homework assignment, assigned by UW Sociology lecturer Jason Nolen, asks students to read “an essay on gay men’s sexual desires,” according to Channel 3000. The vague description likely alludes to a class that Nolen is teaching on sexuality, a broad topic that isn’t too uncommon on college campuses across the nation.

But the specific nature of the assignment — homosexual desires — has Sen. Nass all in a tizzy. It’s got him so frustrated that he’s doing what other Wisconsin Republicans have done over the past couple of weeks: he’s threatening funding cuts to the UW.

[Nass has] challenged [UW] leaders to give him their thoughts on the essay, cautioning them that their responses will play a role in evaluating the system’s 2017-2019 budget request.

To which I respond with a deserving facepalm.

Nass is attacking a well-respected member of the UW Sociology department. Jason Nolen has received high commendations for his work, and is consistently given great marks from students themselves on ratemyprofessors.com (currently a 4.6 out of 5.0 average).

But Nass’s reprehensible actions go beyond attacking a respected faculty member. It’s also childish to threaten spending cuts on the basis of a singular topic at any given university. Should every UW faculty member be subjected to the same type of scrutiny that Nass is proposing here? It’d be impractical, and foolish.

More likely than not, Nass has a problem with the subject matter involving homosexuality. But human sexuality comes in many forms, including homosexual, and Nass can’t do anything about that, no matter what his tastes may be — and nor should he be able to. The preferences of Wisconsin legislators should play no role in the curriculum of UW classes, plain and simple.

This isn’t Nass’s first foray into the business of the UW. Earlier this year, Nass was critical (to put it mildly) of attempts to correct racial disparities on campus. From the Cap Times in January:

Perhaps it’s Nass who needs a reality check. Racism needs to be addressed on our campuses, and human sexuality deserves to be studied in sociology classes. Nass has no business trying to interfere with the university’s proven track record of success, and he should be removed from the higher educational committee he currently sits on.

This column originally ran at Political-Heat.blogspot.com.