Guido Pfister created the park and beer garden at the streetcar stop in Whitefish Bay. 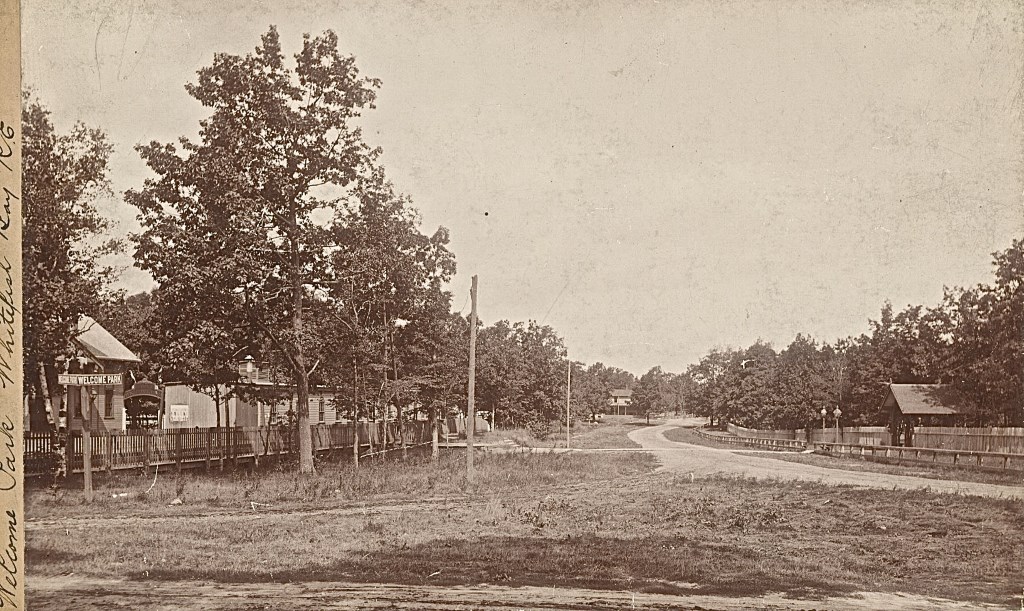 Guido Pfister emigrated from Wurtemberg, Germany in 1845 and came to Milwaukee. Also emigrating from Wurtemberg was Guido’s cousin Frederick Vogel, who founded a tannery on Milwaukee’s Menominee River while Pfister opened a shoe store on nearby W. Water St. Combining forces as the Pfister & Vogel Leather Company, their company thrived, becoming one of the largest leather producers in the nation. Pfister also helped create the Merchants Exchange bank, and with his son Charles Pfister built the Pfister Hotel. Along with several associates, Guido Pfister also built (in 1886) the “Dummy Line,” as it was called: a novel rail line powered by a steam engine that looked like a streetcar and ran from Milwaukee to the area that is now Whitefish Bay.

The popularity of this area would greatly increase in 1889 when the Pabst Brewery opened its Whitefish Bay Resort. But Pfister also had his own attraction right at the small station where passengers were dropped off by the rail line. This was called “Welcome Park” and it also was a beer garden. This is a c. 1890 view of the facility’s entrance and the station. Presumably the unpaved road is what now is Henry Clay St., just west of Lake Dr. There also were other small resorts and restaurants in the immediate area.

Pabst later bought Welcome Park and incorporated it into its Whitefish Bay Resort, which lasted only until 1915, when it was demolished and property subdivided.

Today this area is very residential. The only survivor from this area is Jack Pandl’s Whitefish Bay Inn, which for many decades was the only restaurant in Whitefish that could serve alcohol. This is because the restaurant’s predecessor predated the incorporation of the Village of Whitefish Bay, which had been created as a “dry” community.

One thought on “Yesterday’s Milwaukee: Welcome Park in Whitefish Bay”