State Lottery Preys on the Poor

Even winners lose from this hugely inefficient tax on the poor. 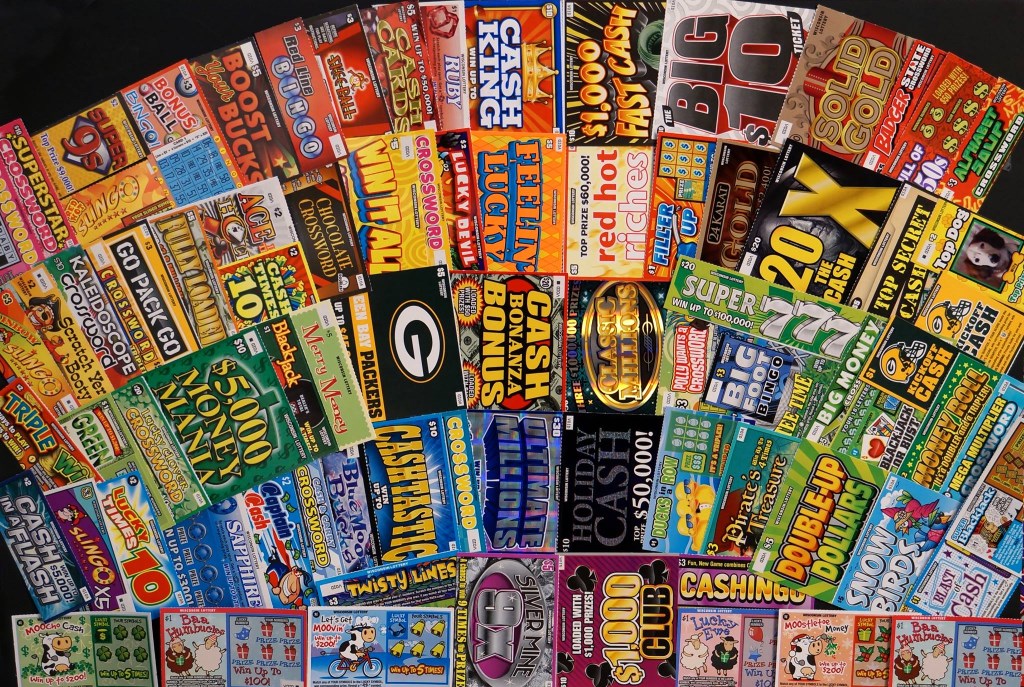 Has legal gambling plateaued in Wisconsin?

That’s the title of a recent report by the Wisconsin Taxpayers Alliance, which shows that the state lottery generated $155.6 million in 2015 to help reduce property taxes on residential properties — down from $171.4 million in 2013 and $166.5 million in 2014.

Though the report is well-researched, its own figures show the lottery’s annual revenue has had some large jumps and declines over the last two decades, and this might simply be another of them. But the WisTax description of the lottery — it’s clear they don’t like it — is certainly on target: “the amount of property tax relief it generates is modest. It remains an inefficient and regressive way to generate state revenues,” the report complains.

Indeed, the impact of the lottery on Wisconsin has been largely negative, to a degree most people probably don’t understand.

State lotteries put government into the business of selling people on a sucker’s bet. There’s no form of gambling where such a low percentage of the money spent (about 56 percent in Wisconsin’s lottery, a tad higher than in most states) is returned to gamblers. Horse racing, slot machines, casinos, all pay anywhere from 80 percent to 97 percent. Economics professors Charles Clotfelter and Philip Cook once did a computer simulation of what happens in a typical, high-jackpot lottery: If 1,000 players each bet $2 a week for five years, 98 percent of them will lose money.

And its typically low-income and minority citizens who buy lottery tickets. “On average, state lottery products are disproportionately consumed by the poor,” a 2005 Brookings Institution paper concluded. A 1998 investigation by the Washington Post found that the lotteries in Maryland, Virginia and the District of Columbia rely on “a hard core of heavy players, who, on average, have less education and lower incomes than the population as a whole.” Among heavy players in Virginia, “one in six had household incomes of less than $15,000, according to the lottery data.”

These heavy players are a small portion of the total population of low income people, but the consequences are ugly. Studies suggest nearly all of the lottery gambling was paid for by spending less on non-gambling items, including clothing, food, and rent.

“State lotteries have a business model that’s based on getting up to 70 to 80 percent of their revenue from 10 percent of the people that use the lottery,” Les Bernal of the group Stop Predatory Gambling told USA Today, calling them “the poster child for the rising unfairness and inequality in our country.”

The Powerball lottery, as the jackpot rises, tends to attract more middle class and even upper class customers. Yet the result, whoever wins, is not a pot of gold at the end of the rainbow, but the basest of metals.

As Mario Quadracci reported in a 2006 story for Milwaukee Magazine, “Lottery Hell,” most winners lead terrible lives as a result, hounded by relatives and con men for money. Quadracci requested the names of every Wisconsinite who won at least $500,000 since 1988, when the lottery began. What he found was a high incidence of financial problems (including frequent bankruptcy), criminal arrests, divorce and alcohol and drug problems. Similar results have been found for lottery winners nationally.

When the lottery was passed, it was touted as a way to fund the schools or generate huge tax relief. In fact, it’s made barely a ripple. In the 2013-2014 fiscal year, that $166.5 million in tax relief amounted to just 1.2 percent of the state’s total budget of about $14 million.

Yet legislators of both parties are loathe to lose that tiny payoff, and have themselves become addicted to the lottery. The 1987 legislation included a proviso saying only “informational” ads could be used to sell the lottery, but the ads are clearly meant to sell gambling, though less hard-sell than in other states. In 2006, after revenue dropped badly in the prior year, the legislature approved a whopping 63 percent increase in the lottery’s “information budget” – those supposedly nonpromotional ads. The annual advertising budget rose from $4.6 million to $7.5 million. (It’s still $7.5 million today.)

As a way to collect taxes, the lottery is hugely inefficient. In 2013-14, the state spent $73 million, or 30 percent of the net money raised (over and above the prize money paid out) on administrative costs, WisTax notes. That included $38.4 million to retailers who sell the lottery tickets and $18 million for Game Development and Production,” as a Legislative Audit Bureau study found. By contrast, the state spends just 0.4 percent of the total raised for income and sales taxes on administration, WisTax notes. That makes the lottery 750 times higher in its administrative costs.

And most of the money collected through the lottery comes from poor people and benefits mostly middle and upper class homeowners, who benefit from a property tax credit.

The saddest aspect of the lottery is it puts the government in the position of sanctioning gambling, leading people to try it because it seems socially acceptable. Ultimately, about 1 percent of gamblers become serious problem gamblers, one study showed, estimating this caused $300 million in social costs each year in Wisconsin. It’s difficult to see how this lives up to the mission of government to promote the general welfare.

18 thoughts on “Murphy’s Law: State Lottery Preys on the Poor”