Local cyclist first competed in the 1984 Olympics, now still competing at a high-level at ToAD. 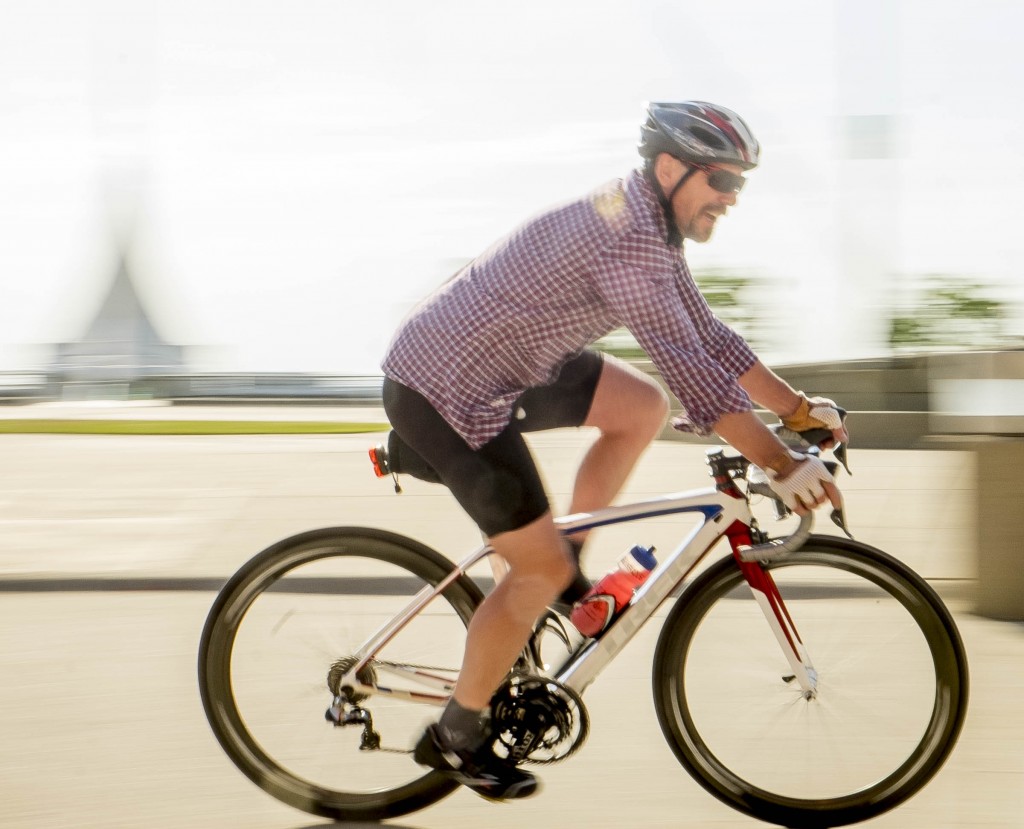 The 11-day Tour of America’s Dairyland is hitting the home stretch. The annual competitive cycling tour features 10 straight days of racing across the eastern part of the state from Port Washington on the north to East Troy on the south, with many stops in and around Milwaukee. With riders often hitting speeds upwards of 35 miles-per-hour, riders fly around the short courses.

Races will run throughout the day at each course and are free to the public to attend. Each race includes a party, announcer and video screen. The races are set up so that cycling aficionados and first time race attendees alike can both have a good time.

The final three races, dubbed GranFinale, will take place this week, Friday night in Bay View, Saturday on Downer Ave. and Sunday in Wauwatosa. They’ll draw some of the biggest crowds, and more important to the riders, the biggest purses.

As part of our coverage of the tour, we’ll be interviewing a number of riders.

This interview is with Milwaukeean Brent Emery. Emery, 58, earned a silver medal in the 1984 Olympics and is still cycling at a high level. He’s competing at the professional level, despite having won races like Downer Avenue before many of his competitors were born. His family is well-known in Milwaukee for their cycle shop, Emery’s Cycling, Triathlon and Fitness on the city’s west side and in Menomonee Falls.

How long have you been involved with the Tour of America’s Dairyland?

I’ve raced the series since its inception. A very well run organization.

Which race are you most looking forward to and why?

Shorewood, Grafton and most of all, Downer Avenue. I’ve raced the Downer Avenue race more than anyone in the history of the event (with Superweek & ToAD), winning the race 36 years ago and racing it nearly every year since.

For me, getting old. I’ve preferred to race with the pro’s and suffer the consequences. This will be the last year I race at that level. Age and allergies have caught up with me.

Racing in my hometown with friends.

Is bike racing your profession? If not, what is?

Decades ago I raced full time all over the world. Our family owns and runs Emerys Cycling, Triathlon & Fitness stores in Milwaukee and Menomonee Falls. We’ve been voted Milwaukee’s best bike shop many times. We sell every style of bicycle, specialize in bicycle fitting for everyone, and also adaptive bicycles for the differently abled.

Can you describe your fondest memory of bike riding or Milwaukee bike riding?

One of the best is winning the Downer Avenue race in 1980. It was an electric night. A terrific battle for the win.

Our Emerys shop team is small, and mostly friends. If someone has a lot of talent, we coach and nurture them, then launch them to a more regional based team.

The seasonal migration of bicycle racers to this event is compelling!