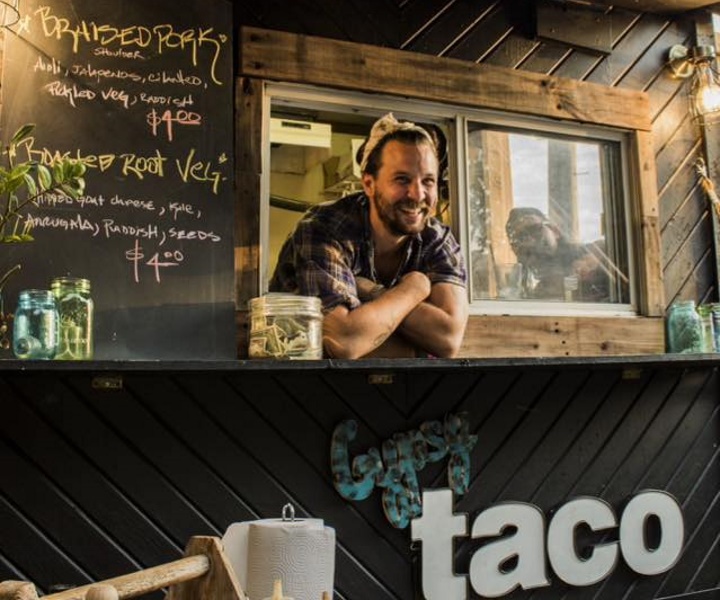 It’s summer in Milwaukee and that usually means more food trucks and Mexican food. They’ve been known to go well with beer.

The new fast casual taco joint, Taqeuria El Jefe, is set to open at 11200 W. Burleigh St. in the Mayfair Collection on Monday, June 21. The restaurant will promises to serve  some unique styles of tacos. The Mayfair Collection also includes Osgood’s, ABV Social and the future Café Grace, which is slated to open on July 19. Lori Fredrich of OnMilwaukee.com adds more detail:

When it comes to tacos, El Jefe aims to offer up spectacular, chef-inspired tacos with creative fillings that can’t be found anywhere else in the city. There will also be housemade tortillas that are grilled to order.”

“Margaritas – batched and served from a machine – will be available for order either blended or on the rocks. There will be tequila shots. And agua fresca. And plenty of Mexican Coca-Cola.

Boone & Crockett, the Bay View bar, has made a nice addition to its outdoor patio this season by adding an Austin, Texas-style food truck to the area. Chef Mitch Ciohon first opened his truck, called Gypsy Taco, there in May, offering affordable meals. Boone and Crockett is located at 2151 S. Kinnickinnic Ave. Carol Deptolla of the Milwaukee Journal Sentinel lauds the food truck’s fare:

The menu is brief; customers order at the trailer’s window. It’s not elaborate. But the food is strikingly delicious, and the vibe is happy on this patio (and Boone & Crockett’s smart cocktails are just steps away at the patio’s bar or indoors).

Missing out isn’t something I’d advise with Gypsy Taco. Go to Boone & Crockett for a cocktail or craft beer, yes, but be sure to get in line for the food.

For updates on the truck’s whereabouts, check its Facebook page.

After closing in April to make improvements, such as expanding the dining room and kitchen, North Ave. Grill has reopened. The restaurant at 7225 W. North Ave. in Wauwatosa nearly doubled its seating capacity and the size of its kitchen. New restrooms and a new waiting area were also added. The project was scheduled to take over two months, but was finished by Braatz Building of Milwaukee in just six weeks. North Ave. Grill is open every day of the week, with shortened hours on Sunday. Deptolla details the reopening:

The restaurant also launched a new website and menu. Some popular specials have landed a spot on the permanent menu, such as the pork belly eggs Benedict ($10.50) and the country-fried steak and eggs with biscuits and gravy ($11.99). The diner now features a burger of the month and a craft beer of the month, more specials daily, and also added flatbreads and appetizers.

The second floor, which also will be open to overflow crowds on weekends and nights when there are events at nearby venues, could be completed by Sept. 1. “It’s going to be a mirror of the first floor,” Schaefer said, complete with its own bar.

The Bay View restaurant at 3001 S. Kinnickinnic Ave. has set a tentative closing date of Sunday, August 21, and will move into Hotel Metro in downtown Milwaukee. The new location is at 411 E. Mason St. and is scheduled to open on September 1. Fredrich adds more:

According to Pastiche Partner and Chef Rachael Carr, the Bistro will be planning a special event during their final week in business to express thanks to their guests and neighbors. Details of the celebration will be forthcoming.

The menu at Hotel Metro is expected to resemble that of a Parisian bistro, and will also offer breakfast and lunch service, in addition to dinner.

Pastiche will also handle weddings and banquets for Hotel Metro and food for Zen on Seven, the rooftop deck and event space.