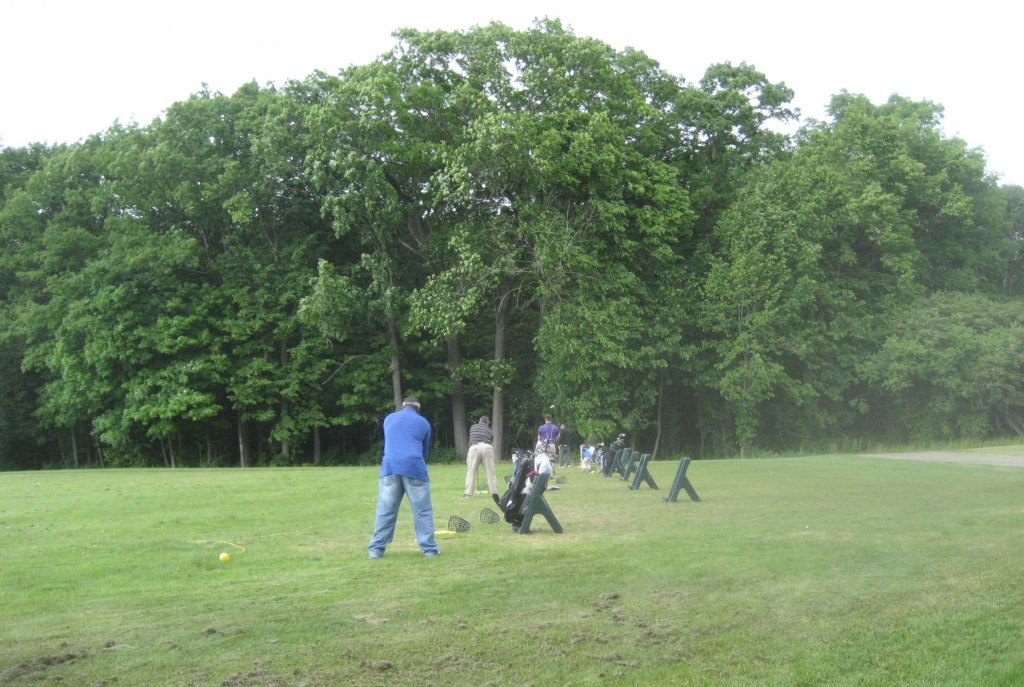 News of the demise of the power of the Milwaukee County Board of Supervisors may be premature.

If a County Parks Department’s plan to close off a portion of a road in Brown Deer Park is not brought to a vote before the County Board, “that will be the end of the parks Amenity Fund,” warned 1st District Supervisor and County Board Chair Theo Lipscomb. His comments came Tuesday, June 7th at a public meeting he called to discuss the closure, which would facilitate the expansion of the driving range at the park’s golf course. 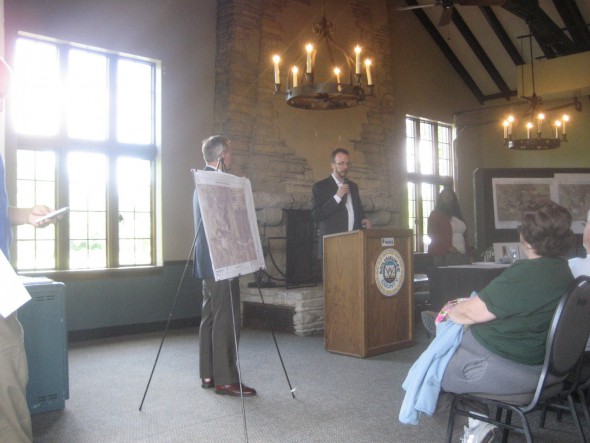 The Matching Amenities Fund leverages county money with private donations for parks improvements. In this case, the Parks Department would use $70,000 from the fund to expand the driving range at the park’s golf course, with the expectation of a 150 percent to 200 percent leverage from outside sources, according to Parks Director John Dargle.

It is the first exercise of political muscle by Lipscomb since the new board, with its part-time status and diminished powers, was installed in March.  About 75 people were in attendance, at the hearing, roughly split between golfers and neighbors. In some cases the two groups overlapped.

As he called the meeting to order, Lipscomb introduced himself and his newly elected colleague, Rep. Sequanna Taylor [2nd District]. The park itself, with no residents, is in Taylor’s district, while Lipscomb’s district surrounds the park on three sides. Taylor had not been inaugurated at the time the street closure in her district was proposed by the Parks Department.

Lipscomb said he had been unaware of the plan to close off the roadway, a central feature of the 1929 park designed by Alfred Boerner.

“Like most of you, I first heard of this in an on-line article,” Lipscomb said. [See: Plenty of Horne: Abele Quietly Changes Brown Deer Park, Urban Milwaukee May 5th, 2016].

The proposal was not in the county budget, where capital items usually reside, and where he would be certain to see it, the chair added, inviting the public to weigh in on the proposal with their comments for the second time.

At this point, Lipscomb said, “Nothing is final.”

Parks Director Dargle said that the plans to expand the revenue-producing driving range had been under “conversations and discussions for many years.”

So why wasn’t it in the budget?

The plan to close off the road was not a capital budget item, but was to come from the amenities fund, he said. Therefore “it never went to the board” for approval — never had to, he said.

A required public meeting had been held on March 23rd, Dargle added, “although it did not have as big a turnout,” as this evening. It was covered in Glendale NOW, Dargle noted, and “Urban Milwaukee had another article that triggered some interest.”

With those issues dispensed with, Dargle turned to Milwaukee County Parks Landscape Architect James Ciha, who brought poster-board pictures of the planned improvements. He said that back in the early 1930s when the golf course opened, driving ranges “were not part of the golf tradition,” but today are an “important part of golf.” 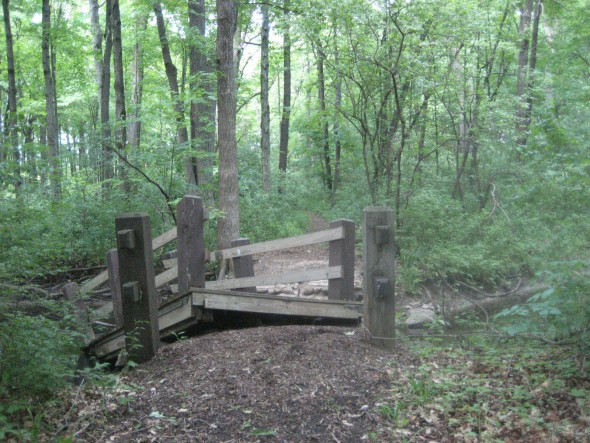 The current practice area is “not long, deep or wide enough.” It only has tees for 10 golfers, and should have tees for 22. It has come to the point where “people won’t book here. They find a range that is more adequate and they won’t come here.” The existing range, he said, replaced a playground and baseball diamond as part of 1996 renovations mandated by the PGA when the park held the now-defunct Greater Milwaukee Open. (Tiger Woods made his pro debut here.)

The proposed changes, “are to last 100 years,” he said. “We do things in the parks system for 100 years. Our irrigation lasts 100 years,” he said, ignoring that the existing range has lost its utility after only 20 years. Within driving range (a #2 Iron) from where Ciha spoke, at the end of the practice facility on the other side of the chain link fence, an overgrown path, once a part of the ’76 Bike Trail, leads to a collapsed bridge on what had been an earlier “100 year” project marking the bicentennial of the nation.

The meeting was opened to comments, and most of the attendees filled out comment cards. About two dozen people chose to speak, with about equal numbers of those for and against the proposal.

For the most part, those in favor of closing off the road identified themselves as golfers. It appeared from their comments that the golfers’ interest in the park’s other amenities diminishes exponentially the further they are located from the clubhouse, parking lot or driving range. Things are definitely greener on their side of the practice range fence. Their catch phrase was “Jewel of the County Park Golf Courses.” As for the rest of the park, not much was said.

Those opposed or undecided about closing off the loop road were more wholistic in their approach, and tended to look at the park as a series of interlocking uses, including golf. For the most part it was they who mentioned serious concerns with what they described as the deteriorating condition of the park. A typical comment of an opponent was “fixing the driving range is not going to fix the park. The infrastructure is deteriorating. Making the golf course a gem isn’t going to help the infrastructure.”

Bill Stace, a regular golfer at the links and owner of the Miramar Theater, said he was in favor of closing off the road due to the excessive speeds of drivers he has witnessed. “I saw a car going 50 miles per hour and it went around the park road five times,” he said.

Another speaker noted that the ’76 bike path no longer went through the park, the road itself is crumbling, and “the interior of the park is crumbling.” The proposal “does not serve the community,” he said, indicating his opposition. 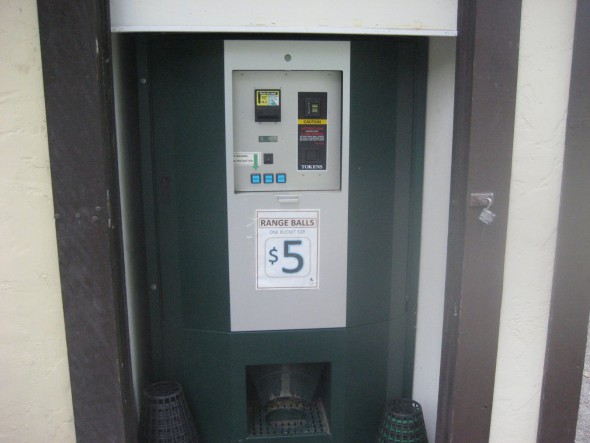 $5 for a bucket of balls. Photo by Michael Horne.

Bob Cohn, representing the Brown Deer Men’s Golf Club [Est. 1937] and the 1,617-member Milwaukee County Public Links Association, said a range is needed suitable for people who hit “250-300 yard balls,” and that, if improved, “the revenue stream to the county will probably be immense.”

Dargle later said the anticipated revenue increase would be about $45,000 per year, bringing the total to about $100,000 per annum for the range, which charges $5 for a bucket of balls.

The discussion of revenue, and the change in plans to approve the proposal were questioned by Rob Gilbert, who identified himself as a resident of N. Cedarburg Rd. “John [Dargle] indicated that this was a done deal all around.” He was among those who observed the park’s deteriorating condition and aruged the entire property should be improved, not simply the revenue producing south end of it.

“If you want more revenue, why don’t you get the sheriff to patrol it?” an audience member said alluding to the speeders breaking the law when using the park road.

Dargle was queried on the announced matching funds to secure the Amenities Fund appropriation. He had said that Cardinal Stritch University would be making a $50,000 donation to the project.

In fact, the $50,000 would be from user fees Stritch would pay anyway for its Women’s Golf Team to use Brown Deer’s course during the season. One attendee, who was opposed, questioned Dargle on the revenue stream. “If we’re taking Cardinal Stritch fees for the driving range — they were previously going somewhere, so we are shifting them, yes?”

Dargle responded, “Yes.” He also identified the PGA Jr. Foundation and the Parks People as sources of funding, but gave no dollar figure for their contributions.

One attendee said “it seems wrong that private contributions can influence a public park in this way.”

Dargle said, “ultimately the board is going to give us their approval,” since “now the chairman and the board want to be involved.”

An audience member asked “Will it go to a vote?”

Lipscomb said, “I expect the parks director will make this go to the vote,” adding, “it was not on the agenda before.” 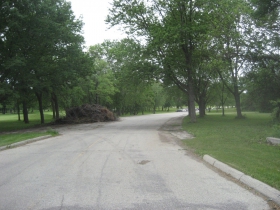 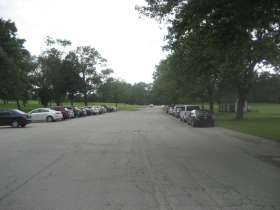 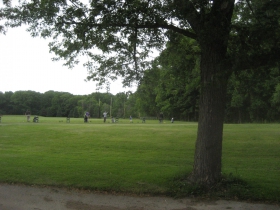 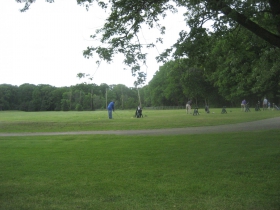 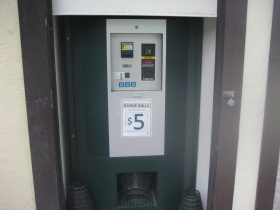 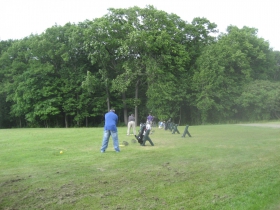