Beer garden on 8th and Brown offered many thrills, with stunning views of Lake Michigan. 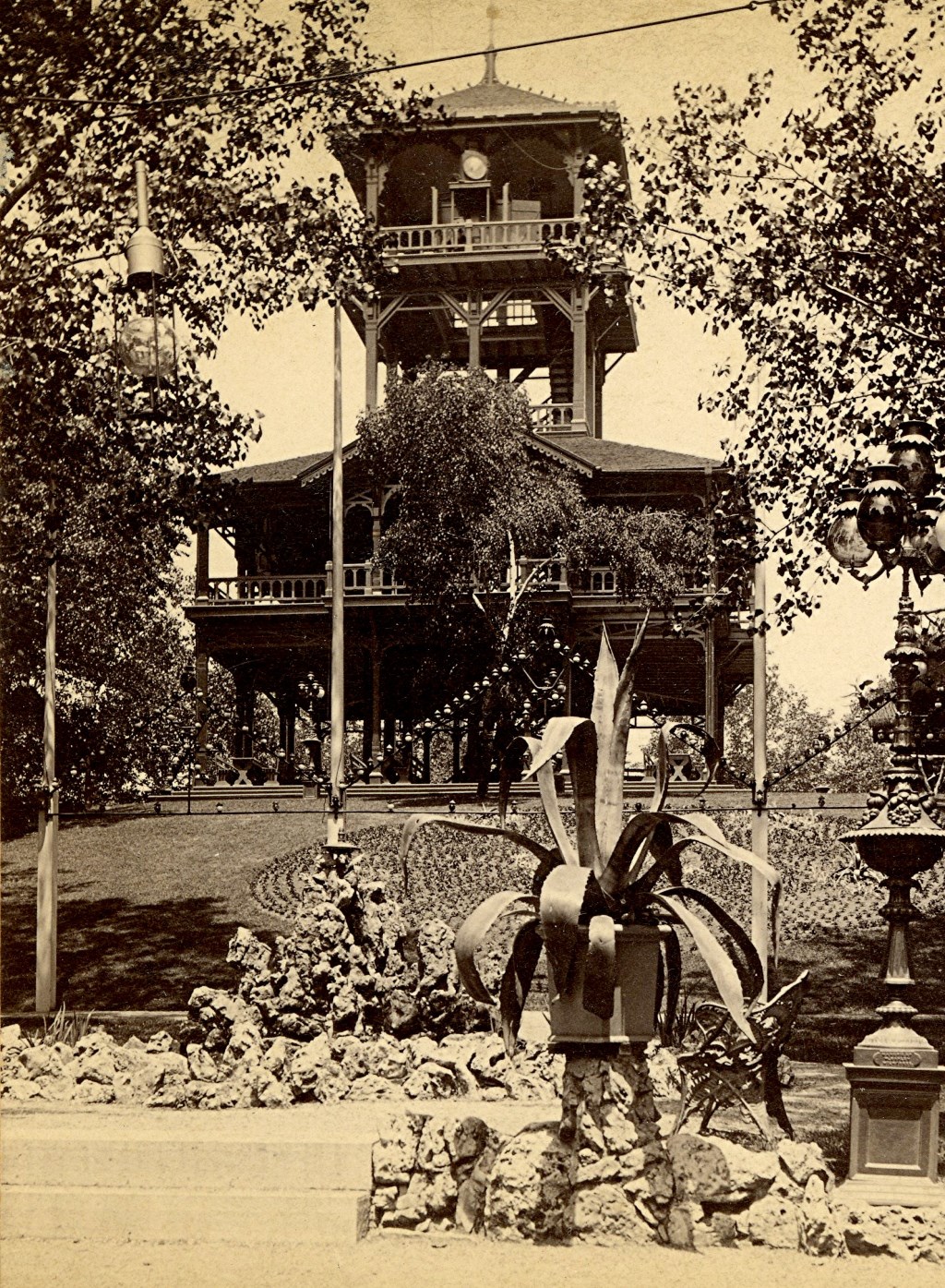 Many of Milwaukee’s 19th century beer gardens were not affiliated with breweries, such as Rose Hill Park, which was featured in last week’s column. But eventually Schlitz and Pabst would get involved in the craze for outdoor beer gardens.

In 1879 the Schlitz Brewery would purchase an establishment named Quentin’s Park, located on 8th St. between Walnut and Brown streets. Schlitz would add many improvements, including a concert pavilion that would accommodate 5,000 patrons and a wild animal menagerie. As the property was on a hilltop an observation tower was added.

The concert pavilion was on the park’s north end and “open on three sides, where concerts and grand opera were given,” as a history of the Joseph Schlitz Brewing Co. by Michael R. Reilly recounts. “Several hundred listeners could be seated inside, while as many others sat at tables ‘under the stars’ and sipped their beer as they listened. In the center of the park was a hill topped by a three story lookout pagoda, from which most of the city could be seen; it was possible to look across the city all the way to Lake Michigan. At the south end of the park was a winter dance hall, bowling alley and a refreshment parlor. A big schooner of beer was 5 cents, and a quarter would buy the kiddies a long strip of tickets good for pink lemonade, soda water, wieners and popcorn. Some days there were special thrills for the youngsters, as when a tightrope walker teetered at dizzy heights among the trees, or a balloonist ascended. The park was ornamented by two large fountains, and the terraces of the hill were illuminated at night by 250 gas globes. The arched entranceway to the park was ‘ablaze with 32 electric lights.'”

“The Musikverein von Milwaukee – the Milwaukee Musical society – gave its concerts here,” Reilly continues. “Eugene Luening conducted the society’s orchestra. Christopher Bach and his orchestra played other nights, and the Liederkranz – choral society – sang under his direction. Some nights, out of town orchestras or opera companies performed: Theodore Thomas conducted the Chicago orchestra, or a Gilbert and Sullivan company from Boston put on the Pirates of Penzance or Pinafore. Political rallies were also in the big pavilion: Grover Cleveland, William McKinley, Theodore Roosevelt and William Jennings Bryan spoke there.”

This is a photograph of that tower produced by noted photographer H.H. Bennett dating from the early 1880s. Note the tropical vegetation, rugged pieces of limestone, and that very ornamental outdoor lighting.

The beer garden would not remain in business all that long closing its doors even before Prohibition. The city would purchase the property to use as parkland, demolishing the buildings on the land. Today Carver Park is on the site. Schlitz would also open the famed Schlitz Palm Garden in downtown Milwaukee in 1896, which also would close in 1921. Meanwhile the Pabst Brewery would provide strong competition in the late 1880s with its own outdoor beer garden in Whitefish Bay, which we’ll discuss next week.