The Report That Walker Killed 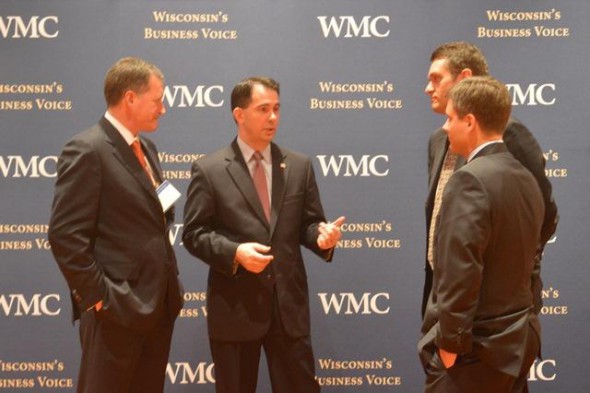 Someone in the Walker administration could see what folly it was to overthrow the state’s civil service system. This mysterious staffer — we don’t know who it was — wrote an unsigned memo last October, 15 days after the bill to end the civil service system was introduced. The writer was one of the experts within the state Division of Personnel Management, the human resources agency created by Gov. Scott Walker and the Legislature last year.

In short, it will mean departments throughout state government will be staffed by less qualified workers. As the memo noted, “Changes of such significance have never been made to the civil service system without being preceded by a study.”

As state Sen. Jon Erpenbach (D-Middleton) told the State Journal, the fact that the office created to oversee state hiring “is telling you this is a bad bill” was pretty significant. “It should have raised red flags all over the place.”

But no red flags were raised because Walker buried the memo and didn’t share it with legislators. The bill passed and was signed into law by the governor in February.

Wisconsin was once a leader in this field, the third state to adopt a civil service system in 1905. The goal was to end the old Tammany Hall-style patronage in which politicians rewarded party supporters with jobs and left taxpayers paying for less-qualified employees and second-rate government services.

The slogan used in 1905 was that “The Best Shall Serve the State.” The system created an objective process for the hiring, promotion, evaluation and firing of public employees. Positions were filled competitively to get the best possible person. The system worked so well that the next 26 Wisconsin governors, including 17 Republicans, never sought to overturn it.

Officials in the Walker administration repeatedly denied they intended to kill civil service, and all that secrecy was a tipoff they were worried about defending such a huge change. Once the bill was finally introduced, its Republican champions offered little evidence that state departments failed to hire the best people or failed to provide good service. They suggested civil service entrance exams for hiring employees were “flawed,” without explaining how or why the tests couldn’t simply be modified, as they had been in the past as a department’s needs changed.

Finally, they argued that the goal was to “modernize” government to make it more like the private sector. But the private sector isn’t run by politicians seeking to get re-elected and looking to build power by hiring all the party loyalists they can.

Legislators said the civil service exam would be replaced by a “blindly scored resume process.” But how can someone review a resume without seeing if the applicant has held positions connected to Republican causes, organizations or individuals? “It will be a completely subjective review,” Troy Bauch, staff representative for AFSCME Council 32 (which represents state employees) predicts. “It’s going to come down to cronyism, nepotism, favoritism, friendships.”

It was telling that the new law exempted the Legislative Reference Bureau, Legislative Fiscal Bureau and Legislative Audit Bureau. These highly regarded agencies are crucial servants of the Legislature, and are selected based on merit through the civil service system. Legislators wanted the best people to continue serving them, while they created a spoils system for the rest of state government.

In the years to come, most new hires in state government must come from the millennial generation, and Republican leaders will be looking to hire candidates likely to be party loyalists. They will be tough to find. Polls show a large majority of millennials support liberal policies like the Affordable Care Act and marriage equality and efforts to reduce carbon emissions, and tilt heavily toward the Democratic Party, while only about 15% are conservatives.

The private sector will be fighting to hire the smartest of these workers, whatever their political views, but in Wisconsin, as many as 85% of them may lack the world view required to work in the new Republican spoils system. You don’t hire the best and brightest when your career security depends on maintaining party power.

Even before civil service was ended, the Walker administration was aggressively searching for ways to promote people based on party views, according to Bauch. “Well-connected Republicans are ascending, and Democrats are descending,” he told me. “I’ve never seen anything like this in the 21 years I’ve been in this position.”

One of the people who descended was the mysterious staffer who tried to warn Walker not to end civil service. Assembly Majority Leader Jim Steineke (R-Kaukauna) told the State Journal he understood this person no longer works with the state Division of Personnel Management. Odds are the new employee hired for this position has the proper Republican views.

This column originally was published in the Madison weekly Isthmus.

2 thoughts on “Murphy’s Law: The Report That Walker Killed”