The Ambassador Hotel is also a great place for lunch. 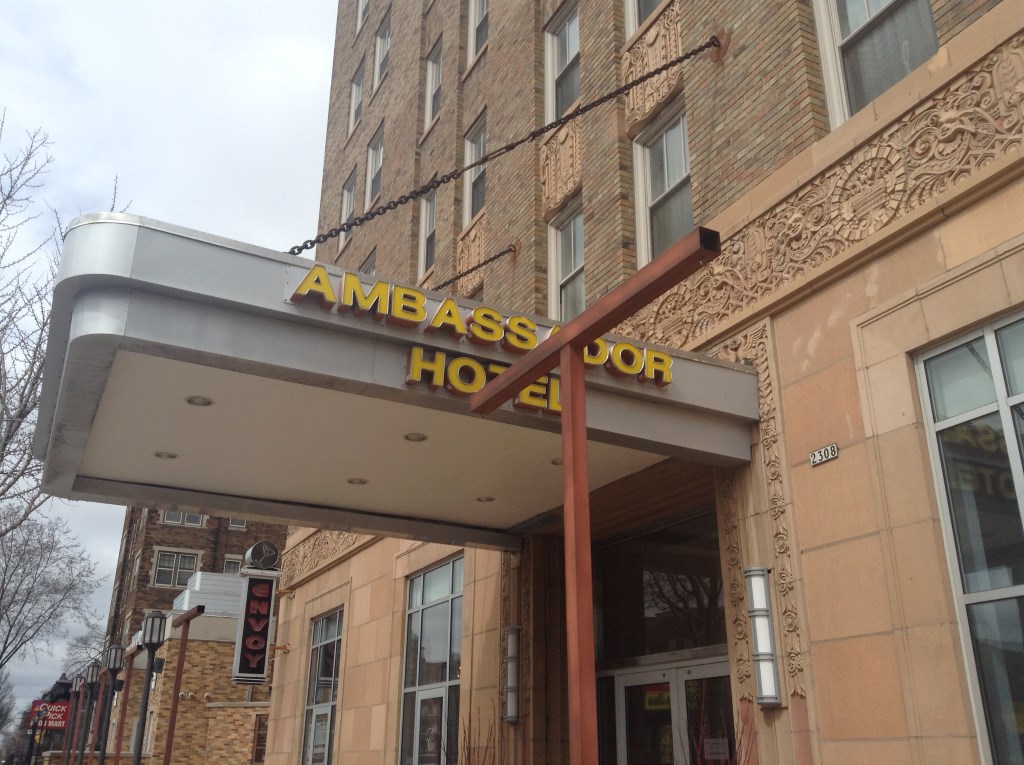 Envoy, located inside the Ambassador Hotel.. Photo by Cari Taylor-Carlson.

My weekly lunch date with friends migrates among four restaurants. We’re in a rut. One week it’s Juniper 61, another BelAir, then North Avenue Grill, and the most frequent choice, Envoy, located inside the Ambassador Hotel. We eat in the lounge, a few steps down from the elegant Art Deco lobby with its marble floors and ornate plasterwork on the ceiling. We pass couches and chairs that invite us to sit with a book or to just sit, to take in the details of this beautifully restored lobby.

But food is on our minds so we head on down to the lounge where we know we’ll be greeted by longtime server Barry. After many lunches here, it’s time to veer from my usual choices, Turkey Club, Classic BLT, and Tuna Salad. If those sandwiches sound like a big yawn, read on. The Turkey Club, with a one inch pile of house-roasted turkey, comes with avocado, swiss cheese, lettuce, tomato, and sprouts. It’s a salad poised between two slices of whole wheat bread. The BLT is always stuffed with more than enough smoked bacon and how often does that happen? The Tuna Salad Sandwich holds a ridiculous amount of albacore tuna along with avocado and sprouts.

I order Asian BBQ Pulled Pork Sliders with scallions, cilantro, cabbage slaw, and skinny crisp onion rings on three cute little brioche buns. The sweet-sour Asian sauce oozes with delish as I devour all three along with four napkins. My companion chooses the Daily Special: Grilled Roast Beef with pickled onions and horseradish mayo. Since she’s sketchy about heat, she requests the mayo on the side. Surprisingly, there is no bite to it. Somehow, the chef infused the mayo with horseradish flavor without including the usual scalp tingling pain that could potentially blow off the top of her head. According to my friend, the sandwich is an impressive coup. And inside is enough juicy tender roast beef for a second sandwich at home.

A couple days later I return to check out the salad menu and land on the Cobb. If they can nail a classic, then the rest should follow suit. The Cobb had the requisite avocado, hard-boiled egg, blue cheese, more than enough bacon, really fresh greens, and not an iceberg leaf in sight. This time, my friend, feeling adventurous, orders the Special because she has never experienced grilled shrimp on a burger. There’s Surf and Turf, but this is a sirloin burger topped with grilled shrimp, bacon, provolone cheese, and garlic-cream sauce. What? It works! The subtle garlic in the cream sauce brings all the disparate parts together. It comes with the Daily Soup, an ordinary sounding Carrot-Dill that turns out to be anything but ordinary. This ultra-creamy soup with a bare hint of dill, leaves us curious about its ingredients. According to our server Barry, this genius carrot soup is composed of simply carrot, dill, cream, and chicken broth. That’s true alchemy.

Both Daily Specials are the creation of a recent hire Barry tells us, a sous chef who debuted his culinary skills at our lunch. We got lucky. In our opinion, he’s two for two.

There’s more to like than lunch at Envoy. Their Sunday Brunch is almost legendary. It’s business as usual for Envoy to serve 500 on a holiday such as Easter or Mother’s Day. For $20.00 diners can choose any small plate on the lengthy menu and then he or she can order another and, then another. “There’s just one egg in each dish so you can keep coming back for more. There are no limits,” Barry explains. The Brunch menu lists most of my favorites: Cinnamon Brulee French Toast, Crab Cake Benedict, Biscuit and Gravy, Corned Beef Hash, and even Grilled Tenderloin with breakfast potatoes and toast. One is only limited by the capacity of their gut.

Since Envoy is located inside the Ambassador Hotel, there’s a daily breakfast menu. Most of the Brunch items do double duty on the Breakfast Menu where they are no longer “small plates.” There are a few additions such as a couple of omelettes, Seasonal Vegetable Hash, and the Breakfast Sandwich, egg, cheese, and meat, served on a bagel.

Not to complicate things, but there’s also a Lounge Menu that draws from the Lunch Menu and adds Appetizers and Desserts. On this menu I find the usual Chicken Wings, Pommes Frites, Crab Cakes, Bruschetta, an artichoke dip, and Munchies — diced potatoes cooked to golden brown, seasoned with garlic and parmesan, then smothered with melted cheese, topped with sour cream and chives. Follow the Munchies with a triple Chocolate Turtle Brownie with ice cream and whipped cream and you will ascend to my gluttonous food-lover’s paradise.

Of course Envoy serves dinner. Each entrée includes a complementary relish plate, warm bread, olive oil, balsamic vinegar, house salad and potato. Prices peak at $40.00 for a 12 oz. tenderloin filet. At the low end there’s Fettuccini in chef-crafted alfredo for $18.00 and a half slab of Whiskey-Bourbon Back Ribs for $16.00.

In the words of our server Barry, “The reason I love working here is because I know everything I serve will be delicious. I can count on that.” My friends and I agree. 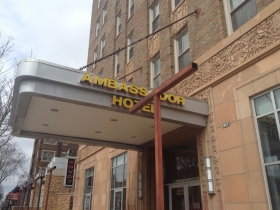 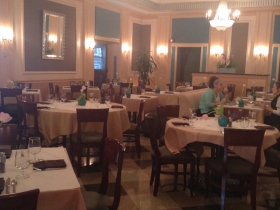 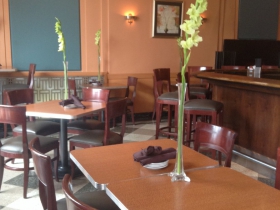 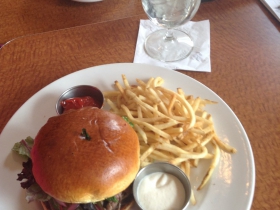 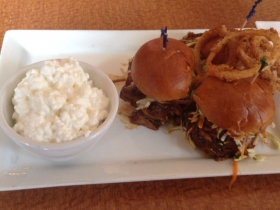 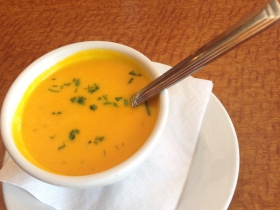 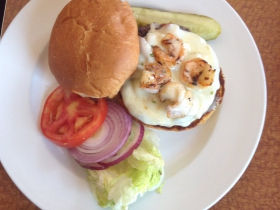 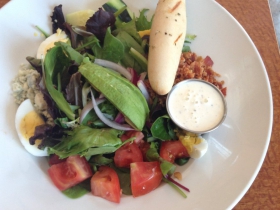