Like uneven food, a so-so atmosphere, and service so bad it’s hard to believe. 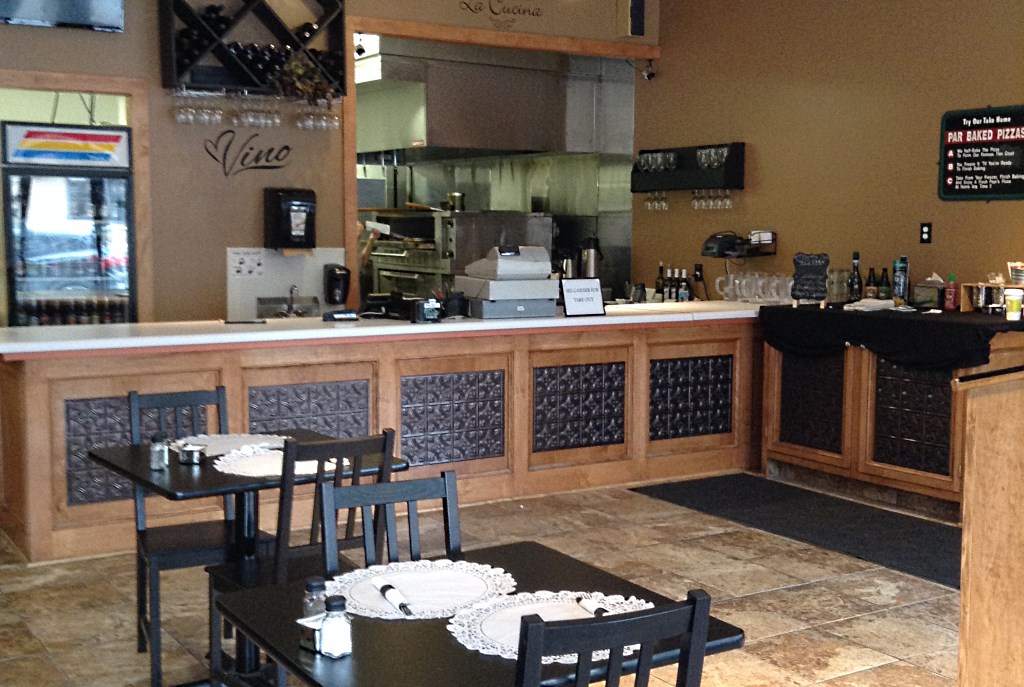 You’d think a pizza restaurant could succeed in this location. There’s Zaffiro’s and Pizza Shuttle nearby, but the only Brady St. pizza competition would be Zayna’s and they are several blocks west at the other end of the street. For a light snack, at 3:00 p.m. Pepi’s Place offers their standard pizzas “by the slice,” and after 6:00 p.m. they add single slices of specialty pizzas.

Pepi’s moved into the former homes of Philly Way and Berry Me Frozen Yogurt. The owners combined them to create one large restaurant with two separate rooms. Customers enter a space that appears to be the waiting room for take out with a bench, two tables, and a hostess stand. A second room accommodates the dine-in crowd, a large room that feels empty, despite seven black four-tops and a bench with four tables for two. Windows facing the street gave us something to look at while we waited for our meal.

And that’s exactly what we did on my first visit. We waited more than an hour for our meal. 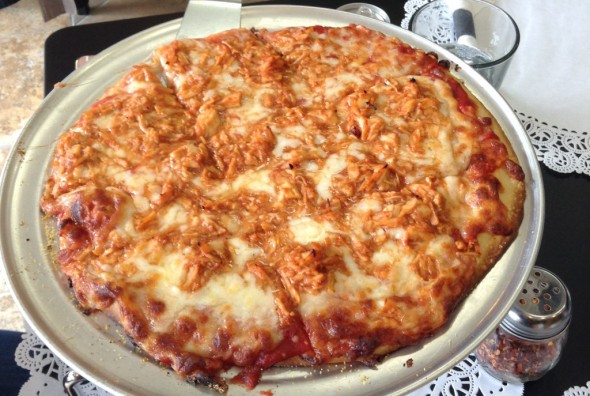 We ordered BBQ Chicken Pizza with homemade BBQ/marinara sauce and because it was Sunday morning and brunch looked interesting, I ordered Mini Frittatas from the Italian Brunch Menu.

The BBQ Chicken Pizza had a crust somewhere between thin and medium-thin. Cornmeal added crunch and abundant cheese added calories. Hidden under the cheese in the plentiful tomato-based BBQ sauce was the shredded chicken, lots of it. This was a tasty pizza for people who prefer a loaded crust that doesn’t sag under the weight of the filling.

The menu promised three mini frittatas filled with onion, Canadian bacon, parmesan cheese, and spinach. I should have taken the “mini” seriously as each frittata yielded just four small bites. Some microscopic green on top must have been the spinach; the Canadian bacon tasted like ham. I had a choice of sides, hash browns, a pancake, one egg, bacon, oatmeal, and homemade toast.  I went for bacon; after I finished it I noticed a little puddle of grease on the plate.

As he dropped the bill, our indifferent server mumbled something that became clear when I looked at the total. The San Pellegrino Sparkling Water was on the house as he explained, “Because you had to wait so long.”

Things did not improve on a second visit. This time we at least had a friendly server, who ultimately put an entire meal on the house because the previously frozen lasagna he served my companion was so cold it was inedible. According to the menu, this lasagna had ten layers, noodles, Italian sausage, marinara of peppers, onions, cheeses, topped with your choice of sauce and mozzarella cheese. We found one sauce, marinara, and one slice of mozzarella, as if it was an after thought, melted on top. Apparently our server forgot the part about “choice of sauce.” More cheese inside the lasagna and a ricotta layer would have improved the dish, assuming it had arrived at the right temperature.

After deconstructing it we agreed the marinara had good bones; the sausage hinted of fennel; peppers added crunch; the noodles were al dente. Overall we rated it above average. It came with garlic bread, a delicious addition, albeit minus the parmesan as described in the menu.

The Buffalo Chicken Ranch Sandwich had good flavor but a scant sprinkle of shredded chicken. So scant that my companion asked, “Where’s the chicken?” The stars of the sandwich were the toasted bun and the chopped green pepper.

As we finished, our server came to ask if we wanted a drink on the house because the lasagna was cold, and because we waited an hour — once again — for our meal. We said “No thanks, we’re happy with water.” He returned, upped the ante, and that’s why the lasagna meal, just like the drink on my former visit, was again, on the house.

At the time I visited, Pepi’s had been open for less than a month. Since they have a successful business on Howell, I can hope that they will soon pull things together in the kitchen, food will exit in a timely manner, and their pizza customers will keep them in business on Brady. 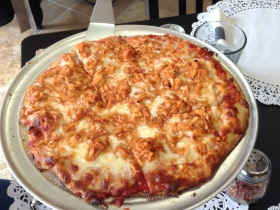 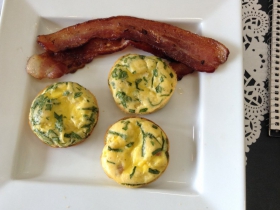 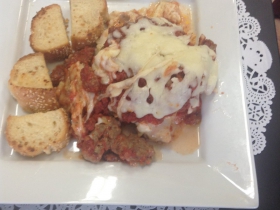 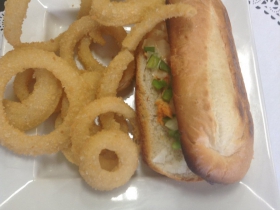 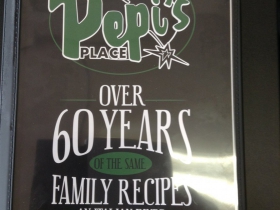 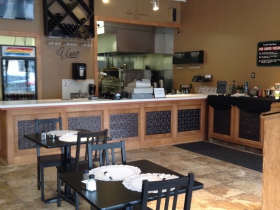 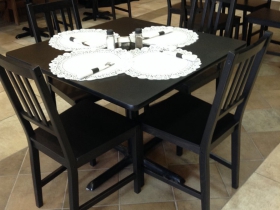 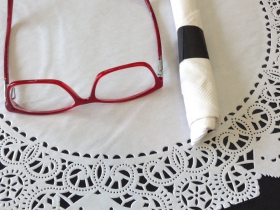 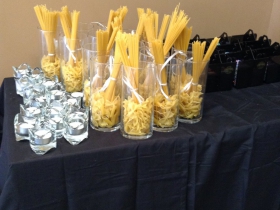