The newest and last surviving downtown department stores was at its peak then. 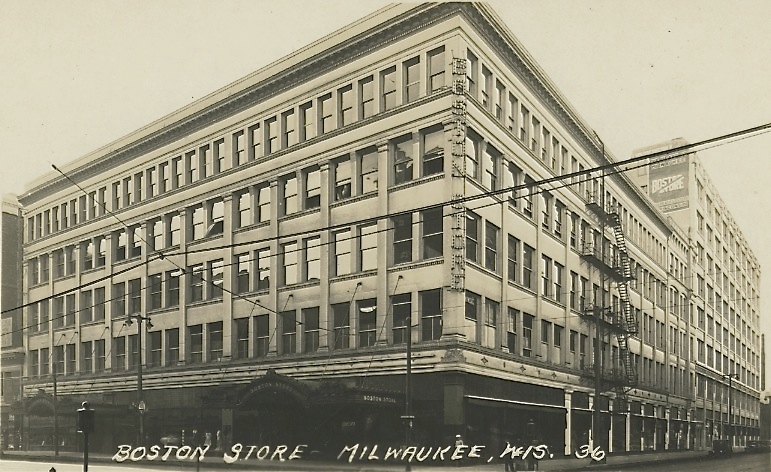 Until the 1980s downtown Milwaukee still had three vintage department stores: T.A. Chapman’s, whose origins began in the 1850s; Gimbels, which opened here in 1887 and grew to become the world’s largest department store chain; and Boston Store. Boston Store is the newcomer of the three with origins beginning in 1897 and first using that name in 1900. It also is the last of the “big three” stores still in operation.

According to the Milwaukee Landmarks Commission, the Boston Store had its origins with dry goods merchant Julius Simon. City directories list his business as “Julius Simon, Dry Goods” until 1900 when its name was changed.  One account says the Boston Store name was chosen because the city of Boston was then considered the center of American fashion and commerce, but a Journal Sentinel story says it was actually named after a particular Boston department store. Back then Milwaukee had a population of 292,000 people, the story noted, and many in town also called Boston Store “The Big Store.”

In 1906, Carl Herzfeld and Nat Stone purchased Simon’s interest in the business. Milwaukee’s Herzfeld Foundation has assets that came from the Herzfeld family’s Boston Store-connected wealth.

Boston Store moved to its current site at 4th St. and Wisconsin Ave., with a five-story building constructed in 1911. Business was so successful that a major addition was added in 1920. Throughout the 1920s and 30s the Boston Store was run by Philip Irving Stone. His nephew, Irving Stone, worked as a manager and in the late 1920s dated Broadway ingenue and later MGM movie star Jeanette MacDonald.

This is a photo from a postcard that was taken in the mid-1920s. Much of the exterior is the same but take note of the two fine ornamental entrance canopies. Also notice the “Boston Store” name emblazoned in electric lights on the building’s corner. At this time Wisconsin Ave., west of the river, was the site of many movie theaters, all of them with abundant exterior lighting.

Boston Store was ideally located for public transportation with streetcar lines on Wisconsin Ave., the Milwaukee Road railroad depot just a block south and the Milwaukee Electric Railway and Light Co. electric railway terminal even closer. That building survives as the Public Service Building and the company was a forerunner of Wisconsin Electric.

Local ownership of Boston Store ended in 1948 when it was purchased by Federated Department Stores. Later, complicated ownership changes occurred and Boston Store is today part of the Bon-Ton chain. n 2014 the city approved a subsidy for the Boston Store to assure that it remained in operation in Downtown.

It is sad that Boston Store is the last downtown Milwaukee survivor. These grand old department stores have character that a suburban shopping mall will never attain. 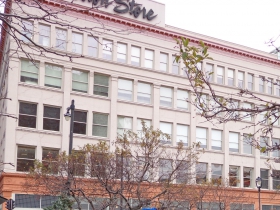 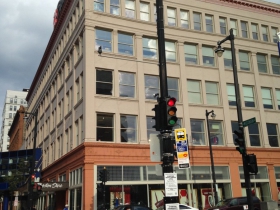 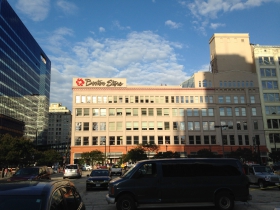 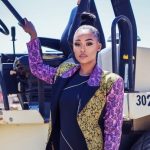 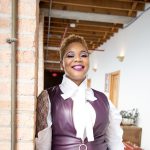