Milwaukee had become a boom town, where Adam Gimbel would relocate his dry goods business. 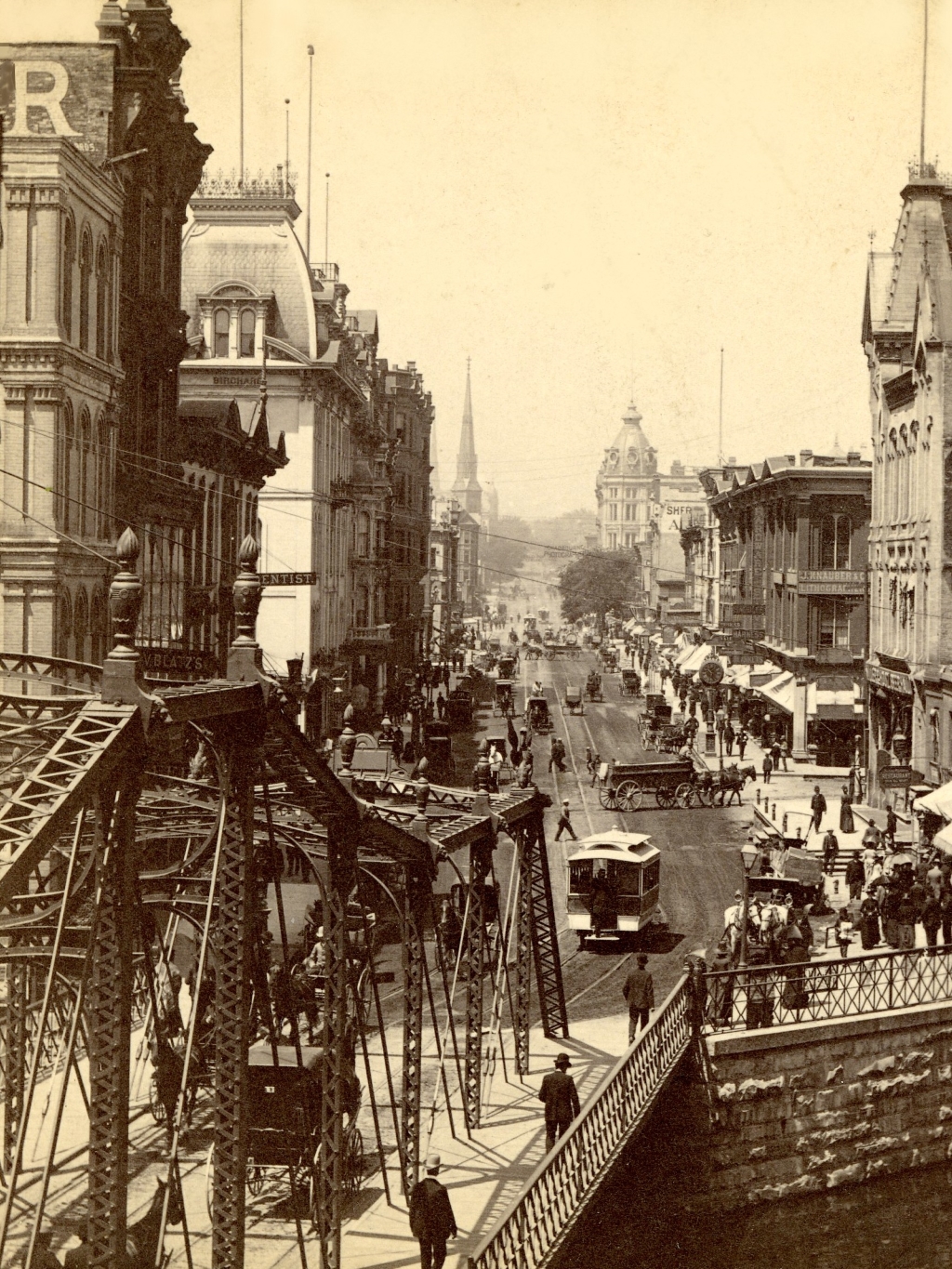 The year is 1886 and Wisconsin St, west of the Milwaukee River, is now called Grand Avenue. The iron bridge in the foreground, over the Milwaukee River, is relatively new, having been completed in March 1882. The Plankinton House hotel has also grown. It is the building on the left with the elegant mansard roof. The Birchard Block, adjacent to the original hotel, was purchased by John Plankinton in 1880. It was subsequently remodeled, adding a new top level.

Note the lovely domed structure in the distance, just across form the Grand Avenue Methodist Church. This building was known as the Library Block, which also was owned by the Plankinton family. In 1906 this building would become the new site for Espenhein’s department store which would remain in business until the Great Depression.

Now back to the building at the immediate left, which has an ‘R’ visible. The business was called “The Fair,” a dry goods store. In 1887 a young Bavarian Jewish immigrant, Adam Gimbel, had begun a general store in Vincennes, Indiana, then tried his luck in Danville, Illinois, before moving to the then boom-town of Milwaukee. This dry goods store, “The Fair,” eventually grew to become the site of Gimbel’s grand emporium. By 1930 the Gimbel family would own the largest department store chain in the world. Quite a different fate from that of Espenheim’s, which went out of business that same decade.