By Allison Dikanovic, Milwaukee Neighborhood News Service - Mar 11th, 2016 10:24 am
Get a daily rundown of the top stories on Urban Milwaukee 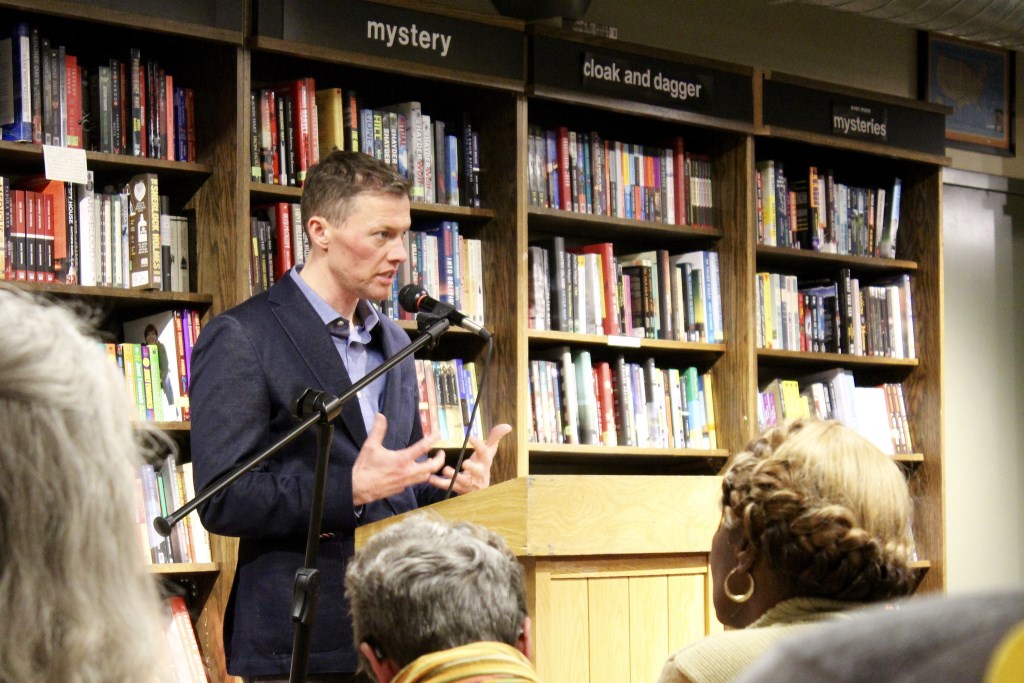 On a recent snowy, blustery Wisconsin-winter day, Harvard sociologist Matthew Desmond pointed out the window and said that about 40 families are formally evicted every day in Milwaukee, “including days like today.”

“This is the reality of many low-income families in the city of Milwaukee,” Kirkendoll said. “(Desmond’s) work highlights eviction, an issue no one talks about.”

Desmond, a 2015 recipient of a MacArthur Fellowship, known informally as a “genius grant,” recently spoke at Boswell Books on Downer Avenue about his new book, “Evicted: Poverty and Profit in the American City.” Desmond focused his research on evictions in the private rental market to illustrate the role that affordable housing plays in the conversation about poverty.

Throughout 2008 and 2009, he embedded himself for months at a time in communities on Milwaukee’s north and south sides to meet the people whose stories fill the pages of his book, which was released on March 1. He stayed in a trailer park on College Avenue and a rooming house on 1st and Locust streets to learn about the renting and eviction process. 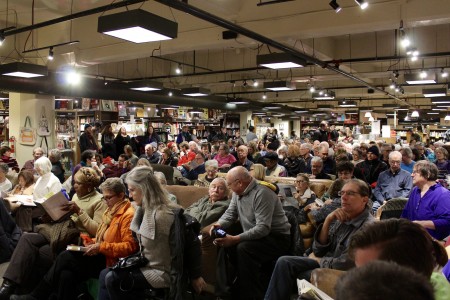 Desmond, who received his doctorate from the University of Wisconsin-Madison, said he chose to study and write about evictions in Milwaukee to illustrate the situation of families in the average American city.

“We can’t fix poverty in this country without looking at housing,” Desmond said.

According to Desmond’s data, there are 105,000 renter households in Milwaukee, and one out of every eight renting families in Milwaukee has experienced a formal or informal eviction within the past two years. That translates to about 16,000 adults and children being evicted in Milwaukee each year. He said the majority of impoverished renting families are spending at least 50 percent of their income on housing, and some are spending up to 80 percent.

In his book, Desmond explores the traumatic effect that eviction has on families. He said he learned, for example, that eviction can be both a cause and effect of job loss, and that women who have been evicted have much higher rates of depression for years to come.

“Families are literally losing everything, and it’s tragic,” Kirkendoll observed based on his work with Community Advocates. “Affordable, safe housing should be a human right. However that is not the case for many, especially minorities in the inner city.”

Several hundred Milwaukeeans filled seats and stood alongside the shelves at Boswell Books, hanging on Desmond’s every word. The crowd gasped as he spoke of the abhorrent living conditions and injustices experienced by the people he met. Audience members laughed uncomfortably when he said that he lived without hot water while staying months in a trailer park on College Avenue, despite the fact that the landlord knew he was writing a book about his experience.

“If that’s how I was treated as a researcher, imagine how many of the tenants were treated,” Desmond said.

As an ethnographer, he said it is his job to get to know real people who are experiencing these issues firsthand, so his book is full of personal narratives of both tenants and landlords.

“I hope the book does their humanity a little justice,” he said.

Aristine Patterson was among the crowd in the bookstore. Her story is included in Desmond’s book.

“At first, I was embarrassed of my struggle,” Patterson said. “There were times I had to choose: is it going to be my rent or something else? Now, it’s kind of a strength looking where I was to where I am now.”

Patterson said she made some mistakes when she was younger and lost her home and all of her possessions several times throughout her life, but is doing much better now with a stable home and steady income.

“There were moments that just affirmed how gracefully and powerfully the people in this city refused to be reduced to their hardship,” Desmond said of the resiliency he found in the people he met.

Kirkendoll said that though some people blame mothers for getting themselves into situations of poverty and eviction, innocent children can be most affected. He cited repeatedly changing schools and instability as detrimental to child development.

“I think it should trouble us deeply that kids in this country, in this rich land, face eviction so much,” Desmond said. “They don’t get enough to eat because the rent eats first.”

State Rep. David Bowen, who attended the book release event, said that a bill passed within the past several weeks in the state legislature makes it easier for landlords to evict tenants. He said he is concerned that lawmakers enacted a blanket policy that “overlooked the effect that the policy has on people in poverty.”

“This book provides a platform and sheds light on an issue that is affecting huge populations of people in the city of Milwaukee in a very real way,” Bowen said.

Desmond is pushing for policies that provide more widely available and affordable housing for low-income families.

“Do we think that access to immediate, affordable housing is part of what it means to live in this country?” he said. “I think we have to say ‘yes’ to that question, because without stable shelter, everything else falls apart.”

On April 4th, 2016 the Urban Milwaukee Book Club will gather at My Office to discuss the book “Evicted: Poverty and Profit in the American City.” If you’d like to join in the conversation click here for more information.

One thought on “Harvard Author Explains Plague of Evictions”