By Jon Peacock, Wisconsin Budget Project - Mar 7th, 2016 11:26 am
Get a daily rundown of the top stories on Urban Milwaukee 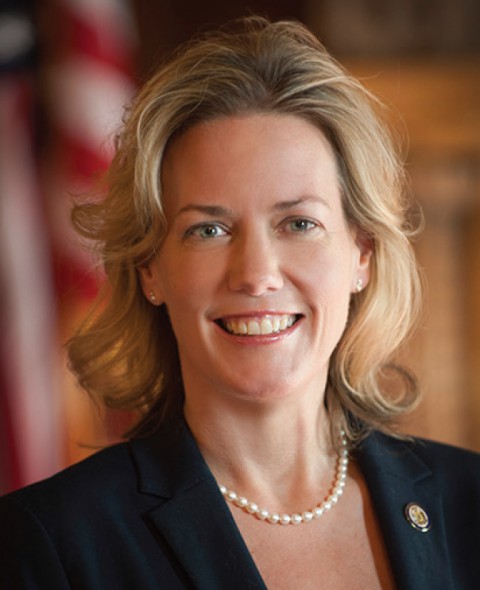 Samantha Kerkman. Photo from the State of Wisconsin 2015-16 Blue Book.

The Wisconsin Senate moved a step closer last week to passing a bill that has been described as combatting fraud or abuse in the FoodShare program, but which will do little, if anything, in that regard. In contrast to the progress of that legislation, as each day passes it looks less likely that the Senate will approve a bipartisan bill (AB 669) that could accomplish a great deal to halt benefit fraud by businesses.

AB 669, which was approved by a voice vote in the Assembly, would make it a felony to fraudulently obtain an economic development benefit from the Wisconsin Economic Development Corporation (WEDC). It would also allow WEDC to bring a civil action to recover damages for fraudulently obtained benefits. Although the lead Assembly author of the bill is a Republican (Rep. Samantha Kerkman), and it enjoyed broad support in the Assembly, AB 669 hasn’t even been given a public hearing in the Senate.

The bill that seems to be moving forward is AB 188, which was approved by a 3 to 2 vote last week by the Senate Committee on Public Benefits and Regulatory Reform. It will shorten the time that a low-income person’s food stamp account can be “inactive” before they lose all the benefits.

A recent story on Wisconsin Public Radio, paraphrases Vicky Selkowe, legislative director at Legal Action of Wisconsin, who said AB 188 would do nothing to prevent fraud, but would “hurt benefit recipients attempting to save FoodShare dollars for special occasions, holidays or opportunities to buy items in bulk.” She added, AB 188 “spends a lot of money to take away really small amounts from people who are trying desperately to afford food in Wisconsin.”

Although almost all FoodShare participants use their benefits within a month of receiving them, some recipients save those benefits for future use – especially the people who receive the minimum monthly amount of $16. By limiting the carryover of benefits to 6 months instead of one year, the bill would primarily affect elderly, blind or disabled Food Share recipients whose mobility is restricted.

According to data from the Dept. of Health Services (DHS), about 1.5% of FoodShare recipients could potentially be affected by expunging benefits after an account has been inactive for 6 months. Among those 11,548 recipients, about 63% receive less than $20 per month, and almost one-third are elderly, disabled or blind.

Federal law already restricts the carryover of unused benefits, and the DHS fiscal estimate describes the changes proposed by AB 188 as “a slightly different policy.” Nevertheless, implementing a more rapid expiration of benefits would have a very substantial start-up cost, which DHS estimates to be $1.33 million ($665,000 for the state and $665,000 for the federal government). Quantifying the effect on spending for benefits is very difficult because some of the potentially affected recipients would be able to simply use their FoodShare benefits more quickly. And the DHS fiscal estimate doesn’t take a stab at the reduction in spending because Food Share benefits are 100% federally funded.

We anticipate that AB 188 will be on the Senate floor calendar for their final session day, March 15, but that’s not official yet. If it does get scheduled, the Hunger Task Force and other advocates will push hard for an amendment to exempt the elderly, disabled and blind, which I think is the least the Senate should do to improve the bill. Yet regardless of how AB 188 is amended, the $1.3 million start-up cost doesn’t seem to be warranted.

Considering that the Senate plans to have only one more session day and the state budget is barely in the black, scheduling floor action on AB 188 would be a curious and very disappointing choice. I understand that legislators like to take credit for passing bills that purportedly reform public assistance programs, but enacting a FoodShare bill that hurts the elderly and people with disabilities is not the way to accomplish that.

The far more sensible and effective way to achieve benefit reform is to pass the bipartisan Assembly bill to combat fraud in the allocation of business subsidies.