Kloppenburg vs. Bradley echoes Prosser race, which was decided by Fox Valley voters. 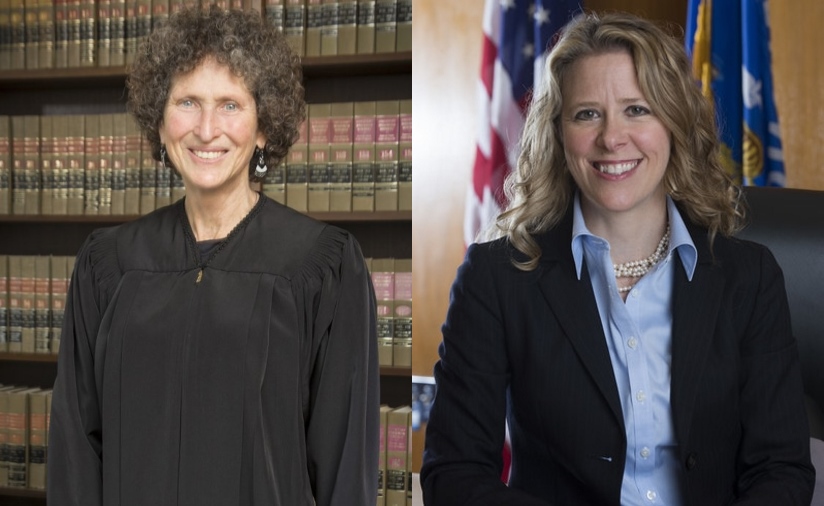 The winner of the April 5 election for a 10-year term on the state Supreme Court may be the one who gets the most Green Bay-area votes.

The April 5 contest between Supreme Court Justice Rebecca Bradley and Court of Appeals Judge JoAnne Kloppenburg is a rerun of 2011. Then, it took a seven-week statewide recount to determine that Justice David Prosser had beaten Kloppenburg by 7,004 votes, out of 1.5 million cast.

The sound bites in this year’s race echo those of 2011: Bradley is Gov. Scott Walker’s handpicked justice, while Prosser was seen as allied with Walker and ultimately supported the governor’s signature law, Act 10. Walker appointed Bradley a Milwaukee County judge, a Court of Appeals judge and, finally, to the Supreme Court. Bradley is being helped by Republican Party officials. Kloppenburg is the perceived Democrat and revenge candidate, out to avenge 2011.

Statewide, the last Marquette University Law School poll had Kloppenburg and Bradley tied among respondents. But one out of every five likely voters said they knew too little about the candidates to pick one.

This year, one big difference is that the April 5 election will also include presidential primaries. But, after Super Tuesday victories nationally by Republican Donald Trump and Democrat Hillary Clinton, those two could be close to locking up their party nominations.

That could take the emotional drama out of Wisconsin’s presidential primary and therefore lower turnout on April 5. It also brings us back to the 2011 Supreme Court election as an indicator of what might happen in the Kloppenburg and Bradley contest.

One way the Marquette poll tracks opinions is by Wisconsin “media markets” – regions that have their own TV and radio stations and daily newspapers. A look at 2011 vote totals in the largest media markets shows how close the April 5 election could be:

More than half of all votes statewide were cast in just those two media markets in 2011. And Kloppenburg’s lead in those markets was 25,675.

Remember, though, that Prosser started his political career in the Fox Valley. He was Outagamie County district attorney in 1977-78, and then represented the Fox Valley in the Assembly until 1996.

This year Green Bay-area voters won’t have one of their own in the April 5 election. Kloppenburg is from Madison, and Bradley from Milwaukee County.

But UW-Milwaukee professor Mordecai Lee, a veteran political observer – and one-time political combatant, as a former Democratic legislator in the 1970s and ‘80s – said other factors will decide who wins the Supreme Court election..

“Yes, the Fox Valley is likely to be the best hunting ground for candidates in terms of persuading voters,” Lee said. “But, I’d guess, so also is southwest Wisconsin.” (Though, it should be noted, southwest Wisconsin has considerably less voters.)

And, Lee added: “There’s one important detail that automatically differentiates this year from 2011 – a major cycle for local elections such as Milwaukee mayor and Milwaukee County Executive. That automatically spurs turnout, compared to the relatively few offices on the ballot in 2011.”

Categories: People, The State of Politics

7 thoughts on “The State of Politics: Green Bay Key In Supreme Court Race”