Built in 1902 by Daniel Wells, building still stands, but stripped of roofline ornamentation. 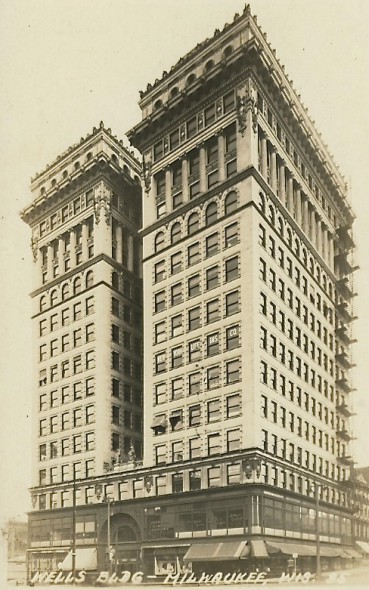 Fame and fortune were not kind to Milwaukee’s founders Solomon Juneau and Byron Kilbourn. Juneau was notoriously poor at managing money and Kilbourn had a spectacular railroad bankruptcy in 1857 that involved nearly the entire Wisconsin State Legislature! But then there was Daniel Wells.

Wells left his native Maine and went west to make his fortune. He arrived here in 1838 with $3,000 in gold coins and began buying up cheap federal land, just $1.25 an acre, and made millions on land speculation, and millions more on roads and railroads he owned. By 1854, when he was elected to Congress from Wisconsin, he was the state’s wealthiest man and the richest congressional representative in the country.

But Wells, like most wealthy Milwaukeeans of his era, gave little to charitable projects, as a March 1997 Milwaukee Magazine story by Bruce Murphy recounted. In 1882, the story notes, there was a drive to raise money to purchase artifacts for the new natural history museum, today known as the Milwaukee Public Museum, and the multi-millionaire Wells contributed just $25. Wells also made money on lumber, grain, and banking ventures, and his diversified interests may have helped him weather several 19th century financial crashes. When he died in 1902, at age 93, Wells was still considered the state’s wealthiest person.

Wells’ last major project was the creation of a substantial building at the northwest corner of Wisconsin and Milwaukee St. which he named after himself. The 15-story building, completed in 1902, was quite modern at that time, covered with white ornamental terra-cotta, with a marble lobby staircase and brass exterior finishing on the first two floors. This is a postcard view of the building (c. 1915). Much of it remains the same, especially the wonderful ornamentation at the street level. However, in the mid 20th century the Wells Building suffered a fate all too common to local buildings. The roofline ornamentation was all removed. A shame, as it would be quite expensive to replace today.

Wells left an estate the New York Times estimated to be worth $16 to $20 million. His daughter Fannie Norris and her son would inherit the majority of his estate, with the remainder shared between nephews, nieces and some very lucky friends. Other than some farmland he left to the state architectural school, Wells left nothing to charity or local community institutions. He was buried, like many well-to-do people of his era, in the Forest Home Cemetery. 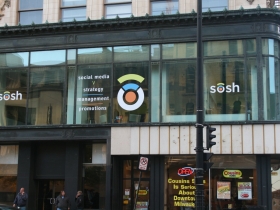 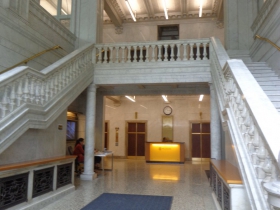 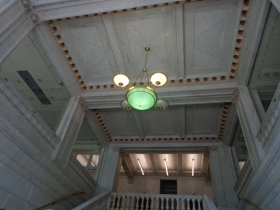 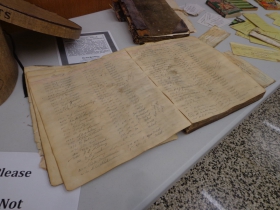 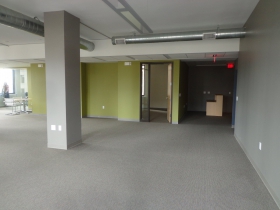 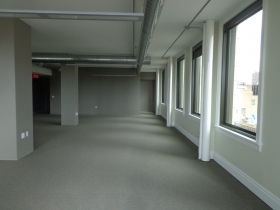