How “Doors Open” Became a Success

By Karen Slattery, Milwaukee Neighborhood News Service - Jan 27th, 2016 10:52 am
Get a daily rundown of the top stories on Urban Milwaukee 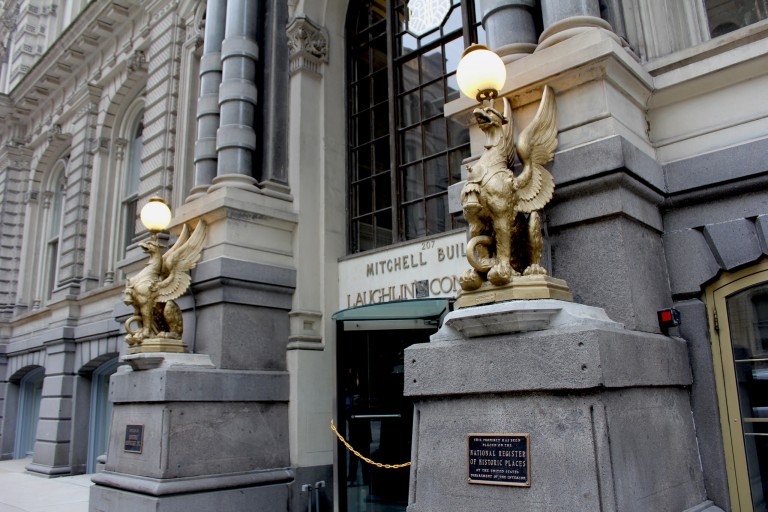 Stacy Swadish was a runner in high school in the early 1980s. The West Allis native said that when she was running, she would notice dilapidated buildings on the Milwaukee VA Soldiers Home grounds just south of I-94 and on nearby property owned by Milwaukee County.

“It made me feel sad,” Swadish said, “because pigeons and raccoons were using them for homes.”

But at the time, according to Swadish, people were not thinking about preserving the historic buildings. Rather, they worried about their families and jobs as industries around them began to collapse.

Swadish is the executive director of Historic Milwaukee, Inc., a nonprofit organization whose mission is to educate the public about the area’s history and architecture, and the importance of preserving the environment that’s been built around us. 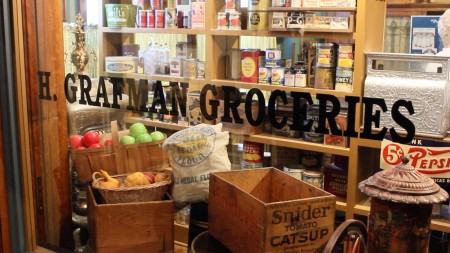 A replica of a Milwaukee grocery story is on display at the Chudnow Museum of Yesteryear, one of the 150 participants in the annual Doors Open Milwaukee event. Photo Mark Doremus.

Doors Open Milwaukee is one of Historic Milwaukee, Inc.’s signature programs. Every September for the past five years, Doors Open Milwaukee has hosted the largest open house in the city. For two days, people are invited to explore 150 buildings, parks and businesses in area neighborhoods.

Individuals and families craft their own itineraries from a list of places that has included public and private buildings and business operations that are not always open to the public. Opportunities have ranged range from admiring historical architecture in a Frank Lloyd Wright System Built Home and the McIntosh/Goodrich Mansion (Wisconsin Conservatory of Music) to watching a Milwaukee blacksmith and his sons create ironwork used for Milwaukee homes. Visitors can learn how head cheese is made at Glorious Malone’s Fine Sausage, a company started by an African-American family in the Bronzeville neighborhood 40 years ago, or take a tour of the refurbished Ambassador Hotel. The Soldiers Home Historic District, which had attracted Swadish’s attention in the early 1980s, is also on the list long list of places to visit.

The organizers ensure that there are 20 family-friendly sites each year. These sites have included the Milwaukee Bucks locker room and the Milwaukee Fire Education Center and Museum. Swadish said that Historic Milwaukee knows that there are a lot of young families living in the city and “they want their children to explore the same parts of the city that they know and love.”

In addition to highlighting the area’s history and architecture, the purpose of Doors Open Milwaukee is to encourage people to notice their surroundings. The event helps people to understand why the city looks the way it does and how it works.

A survey of last year’s participants revealed that 58 percent of the attendees went to neighborhoods they had not been to before and said that they were likely to return again on their own, according to Grace Fuhr, who oversees Doors Open Milwaukee for Historic Milwaukee, Inc.

Fuhr said respondents also reported that the experience had changed their opinion of the neighborhoods, adding, “I think that is really interesting to hear.”

Fuhr noted that 700 volunteers staff the Doors Open event every September. “It is an amazing production,” she said, “and we would not be able to do it without the hundreds of people who are willing to participate.”

Finding volunteers is not difficult, according to Fuhr. Citizens in the Walker’s Point neighborhood created Historic Milwaukee, Inc. in 1974 because they were concerned about historic preservation. The grassroots organization was made up of volunteers and that tradition continues.

Rod Podszus, one of the volunteers, spent part of a recent morning putting note cards and envelopes into boxes to be sold to raise money for the organization. He said he got involved after he and his wife took a tour offered by Historic Milwaukee when it moved to the area two years ago. “I’m impressed with what is being done,” he said. The organization “works hard to let longtime residents and new residents learn about the city and appreciate its history.”

Swadish said the Doors Open project has expanded to include historic sites in Wauwatosa and Hales Corners. Sites had to be convinced to participate when the project started five years ago. Now, according to Swadish, “People are calling us on a daily basis asking, ‘What is the application process?’ and ‘How do I get in?’”

For the upcoming event in September, about 120 to 130 returning sites will be included in the lineup and new sites will be added. The list will be capped at 150 because that number works well with the number of volunteers available, Swadish said.

The sixth annual Doors Open Milwaukee will be held Saturday and Sunday, Sept. 17 and 18. The event is free. 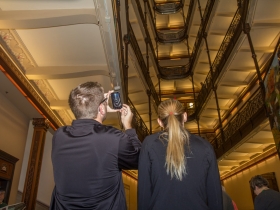 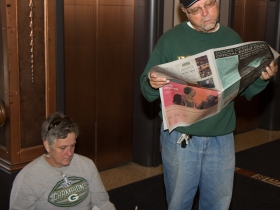 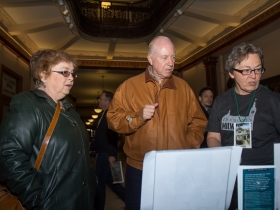 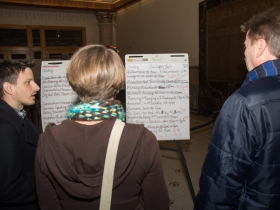 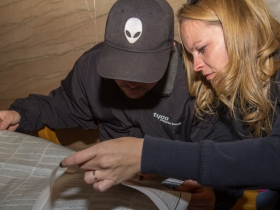 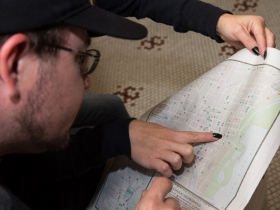 5 thoughts on “How “Doors Open” Became a Success”