The Skylight presents steamy opera about the “dirty duchess” of Argyle. 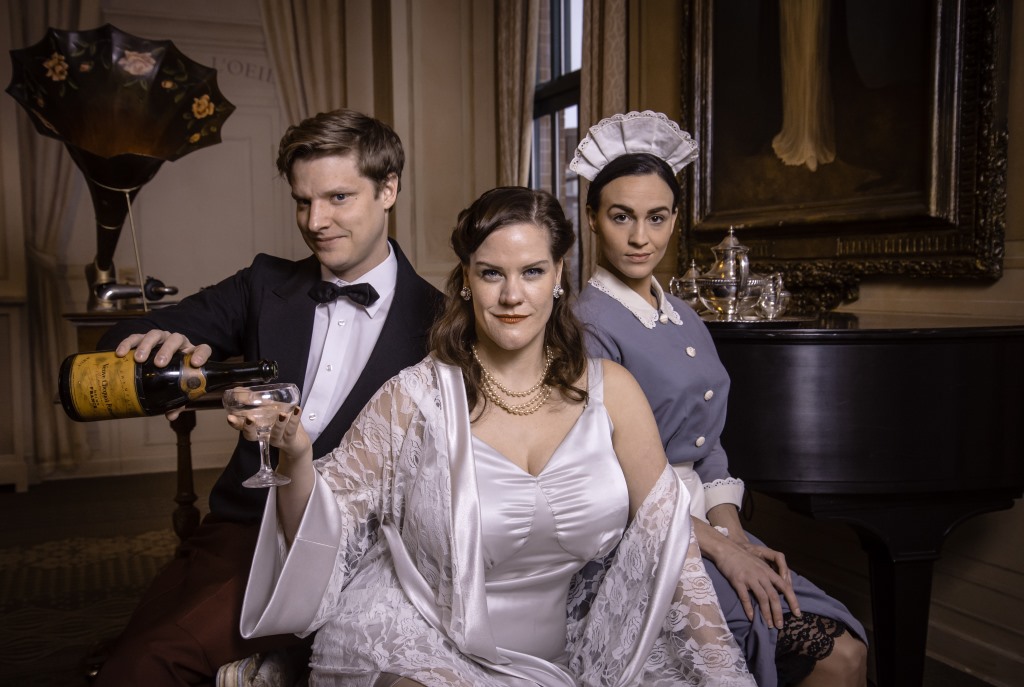 Benjamin Robinson as the Waiter, Cassandra Black as the Duchess and Kaleigh Rae Gamaché as the Maid. Photo by Mark Frohna.

She had wealth, good looks and fame. She was mentioned in Cole Porter’s hit song “You’re The Top.” She was Duchess Margaret Campbell of Argyll (1912-1993), and her marriage became a scandal when her husband filed for divorce in 1963 and nude photos of the “dirty duchess” having an affair were presented in court.

Such was the inspiration for Powder Her Face, a 1995 chamber opera with music by British composer Thomas Adés with a libretto by Philip Hensher. New Yorker critic Alex Ross found the opera had “clear parallels with Alban Berg’s epic of degradation, Lulu … With a few incredibly seductive stretches of thirties-era popular melody, Adès shows the giddy world that the Duchess lost, and when her bright harmony lurches down to a terrifying B-flat minor he exposes the male cruelty that quickened her fall. Adès’s harmonic tricks have a powerful theatrical impact: there’s a repeated sense of a beautiful mirage shattering into cold, alienated fragments.” 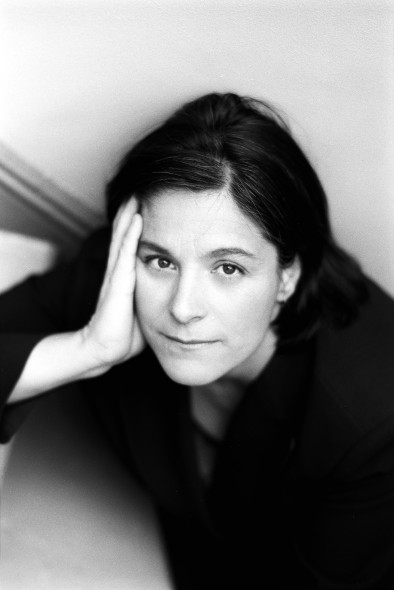 This is the intriguing opera the Skylight Music Theatre will produce in a show that opens this Friday, January 29. The Skylight enlisted the service of director Robin Guarino to stage she show, and she admits to troubled feelings about the protagonist. “I’m not sure I like the Duchess,” Guarino says. “She’s not generous, not philanthropic, not into the arts. She never used her privilege to educate herself.”

That doesn’t mean Guarino isn’t intrigued by working with a darker character. “A character like that makes good drama. If you just read her text, she’s not emotional. The music is emotional. Music cracks her open, shows her vulnerability. The Duchess is a lonely woman at the end. Time is her enemy.”

Sandra Bernhard was the first woman to direct the show in Houston back in 2011. She made the decision to tell the story from the Duchess’ perspective, something Guarino says made all the difference.

Bernhard died of a rare cancer last June and she hand-selected Guarino to carry on with this production. “We knew she was sick,” Guarnio says. “But she’d been ill a while and we figured we’d have more time with her.”

Guarino has directed opera, film, musical theater and new music at such venues as Lincoln Center, The Metropolitan Opera, The Brooklyn Academy of Music, and The San Francisco Opera. She says she’s approached this story differently. Opera can be staged statically, with performers parking in a spot on the stage and singing. Not this time. “It’s not the old ‘park and bark’ opera people have grown accustomed to,” she says.

Powder Her Face has been labeled steamy by some reviewers. Guarnio says it’s all in the way you treat the material. “The subject matter is explicit,” Guarnio says. “A director can make a choice whether to exploit the material or look at the truth. The story is critical of tabloid exploitation, society’s need to raise people on a pedestal, then topple them. Those that exploit this material don’t take the Duchess seriously as a woman. They don’t treat her with integrity.”

Guarnio says the story is not unlike the recent depictions of life on the smash PBS series, “Downton Abbey.”

“There are a lot of similarities. It was very important to the Duchess to promote and sustain the family name. The Duchess had money to begin with and the Duke needed it to supplement his title. He was opportunistic to begin with. This was her second marriage. She was beautiful, a socialite. He had a title but needed money, burdened with a castle that needed renovation.”

But the marriage was unsustainable. “They blew through all her money,” Guarino notes. “Then the Duke found a series of Polaroids of her having a sexual relationship. She was naked and her lover’s head was cut off.  I imagine it was one of the first ‘selfies’ and the Duke used it in the trial.”

It was a time when society was rapidly changing, the aristocracy was losing money, the class system was breaking down.

The story doesn’t end particularly well for the Duchess. “We find her in assisted living,” Guarnio says. “She’s destitute. She never had an intimate relationship with her children and essentially died penniless.”

Soprano Cassandra Black plays the lead role. Black, who has performed internationally and across the nation, was last seen at the Skylight in October performing the lead role in Tosca.

The show begins in 1990, and flashes back and forth in time, with a hotel room as the setting. “Our story starts and ends in that room. The Duchess asks herself if she was loved and was there anyone who really cared about her.” Classic questions for an opera.