Influenced by the North Italian Renaissance Revival, its cast-iron architecture is rare. 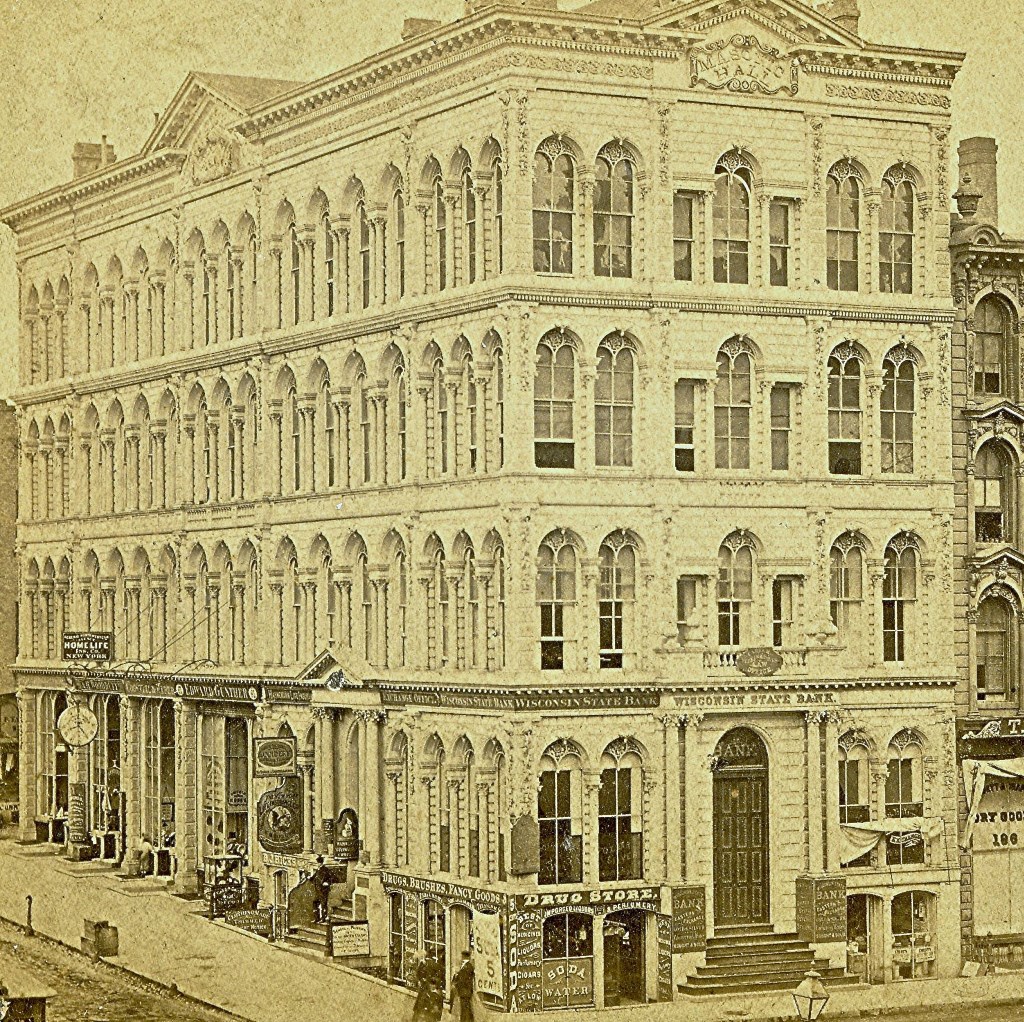 Considering that the intersection of Water and Wisconsin has arguably been Milwaukee’s most important since its earliest days, it’s a bit amazing that one of the Downtown’s earliest major buildings remains there. This is what is now called the Iron Block, an elegant pre-Civil War structure at the southeast corner of the intersection.

Construction of it began in 1860 by James B. Martin, a native of Baltimore who settled here in 1845. Naturally it originally was named Martin’s Block, and was not widely known as the Iron Block until after 1880.

By the date of this photograph (1866-68) the building had several uses including by a druggist, a bank and a Masonic hall. The bank is of special note as it was founded by Martin in 1866. It would be short-lived, however, going under in just two years. Martin was a man of honor (somewhat rare among 19th century bankers) and would reimburse all of his depositors after the bank’s failure.

Today the current building seems a bit plain without all of the advertising signage. Still, it is rather amazing this building survives at all; it remains one of Milwaukee’s finest 19th century architectural landmarks. Indeed a 1981 report by the city’s Landmarks Commission noted that the building “is the only remaining major example of cast-iron architecture in Milwaukee and is one of a few of its kind left in the Midwest.”

The architect was George H. Johnson, manager of the architectural department of the Daniel Badger’s Architectural Iron Works in New York City, the report goes on. “Badger and James Bogardus were pioneers in the prefabrication of cast-iron and its used in building technology. From Badger’s company one could order by catalog a variety of pilasters, columns, window fenestrations, cornices and entablatures which could be shipped to the site, bolted together and erected. The use of cast-iron facades was widely accepted for the materials’ fireproof qualifies and economical cost. Unusual to its design is a foundation of inverted semi-circular arches of brick between the courses of stone.”

The building’s design “was influenced by the North Italian Mode of the Renaissance Revival which first appeared in the United States around 1850,” the report continues. “It was a style of sculptural ornament which created strong contrasts using light and shadow. The cheap cast-iron technology greatly popularized the style and was commonly used in commercial architecture over the next thirty years.”

Over the years the building has been significantly altered, the report noted. “All of the original ground floor has been removed and the cornice has been severely cut back. The interiors have been substantially remodeled. However, an elevator installed in 1879 is still in use and is believed to be the oldest one still operating in the Midwest.”

The Iron Block went through many uses. It was legendary for the parties held there in the 1970s, when the place was a haven for artists, photographers and hipsters, and was a a popular location for Schwartz books for years, but by the turn of the 21st century the building had fallen into disrepair. The recently completed restoration of the Iron Block has been called “one of the finest” ever done. 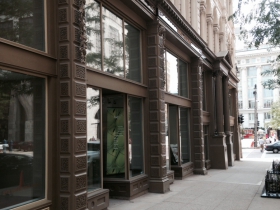 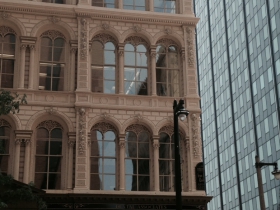 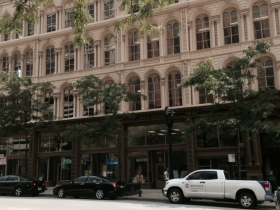 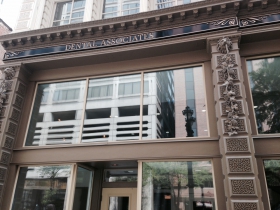 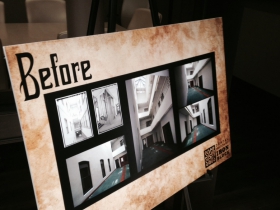 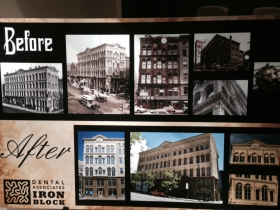 One thought on “Yesterday’s Milwaukee: Iron Block Building, About 1867”