At Chez Jacques, all things French dominate the menu. From the street, the nondescript squat yellow building, a block north of the Allen-Bradley clock, offers no hint of what’s inside, a charming restaurant that’s undeniably French. Since 2001, Chez Jacques has served reasonably priced dishes representing the best of classic French cuisine in what looks like a typical French brasserie.

A first glance, the bar with its high tables suggests a small place, but there’s more. A second dining room adjoins the bar and behind, two more rooms, one for everyday diners and the other available for small parties.

A sense of subdued elegance permeates this long-established restaurant in each of the three dining areas. Having been in Paris recently, I think if you set Chez Jacques on a street in the Marais, it would fit right in and perhaps attain instant success.

In France, a typical brasserie serves the same menu all day. They do likewise at Chez Jacques except the breakfast/brunch menu is only available until 3:00. I’ve dined on almost everything on that menu and if forced to pick a favorite, I would have to decide between Seafood Crepes and Jacques Crab Benedict.

The Seafood Crepes, two large crepes stuffed with shrimp and crab, provide more than enough for one breakfast entrée. The operative word is “stuffed.” That applies to all the crepes, Smoked Salmon, Roast Beef Mushroom, Ham and Gruyere, Chicken Curry, and Spinach Roquefort. The roast beef and ham are tender, the curry gently spiced, and the spinach fresh and cooked to order. A creamy roquefort sauce, toasted pine nuts, and chopped parsley add pizzazz to the spinach stuffed crepes. 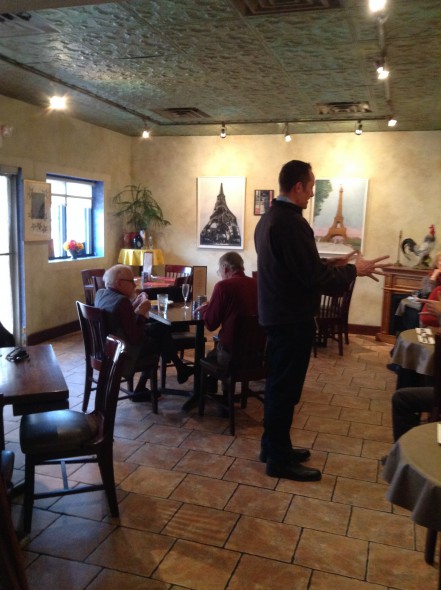 My second breakfast/brunch choice, the Crab Benedict, comes with a crab cake on an English muffin topped with lobster-tomato cream sauce. Unlike too many crab cakes I’ve sampled, this one is dominated by crab, not bread crumbs. It comes with scrambled eggs and breakfast potatoes making this a hearty satisfying meal.

Recently a friend and I sampled the Quiche Lorraine and roasted vegetables in the Quiche Du Jour. Both came fresh from the oven, not the microwave, as evidenced by the crisp crust or as my friend said, “I wondered what was so crisp. Oh, it’s the bottom crust. The quiche tastes like it was made just for me.”

The brief soup menu lists just two, Onion Soup Gratinee and Soup Du Jour. From the Du Jour menu I’ve found the Cream of Mushroom Soup thick and creamy, the Lentil Soup a meal in itself, full-bodied and flavorful, and the daily Onion Gratinee, a bowl of rich dark onion soup topped with grilled cheese bubbling over the top and down the sides of the bowl.

As for the Croque Monsieur, a toasted cheese and ham sandwich by any other name is still a toasted ham and cheese sandwich. Curious, I went to my French-English dictionary and looked up a definition of the “croque” part of the sandwich and found crushed or crunched. It’s still just a toasted ham and cheese sandwich albeit at Chez Jacque, it’s buttery and served on country French bread. Diners can drop a fried egg on top and call it Croque Madam.

As brasseries in France are known for serving simple hearty foods, especially stews, Chez Jacques follow that tradition with Boeuf Bourguignon, a dish I enjoyed at Chez Jacques’ annual celebration of the Beaujolais Nouveau in November. This slow-cooked beef stew served in a bowl over pureed potatoes was filled with bits of pancetta, carrots, pearl onions, mushrooms, and juicy chunks of tender beef. The dark sauce held the flavors of the vegetables and the beef as well as an underlying hint of red wine.

Other stews include Couscous Royale, a Moroccan dish with lamb, chicken, and andouille sausage, and Blanquette De Veau, veal stew with mushrooms, pearl onions and carrots in a white wine cream sauce.

One of the desserts deserves special mention, especially for chocolate lovers. At the Beaujolais Nouveau dinner I ordered Mousse au Chocolat, a fine choice. My little dish of densely flavored mousse was covered with whipped cream, real whipped cream, and a generous swirl of dark chocolate sauce. Chocolate on chocolate, a perfect way to end a meal.

As we left that night my friend said, “They do everything well here. Everything I taste melts in my mouth.” 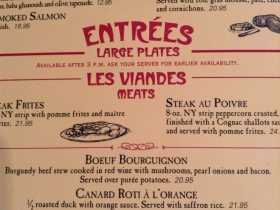 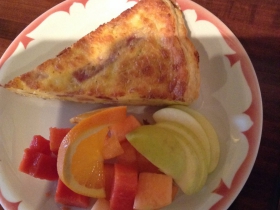 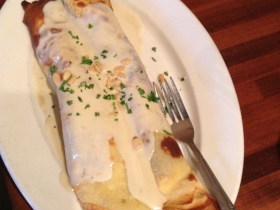 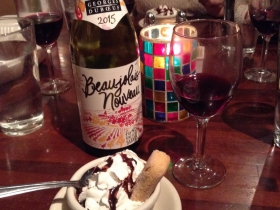 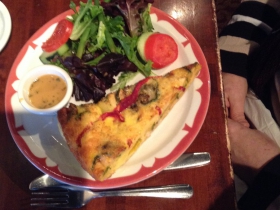 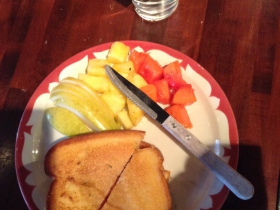