"Sneckdowns," or snow neck downs, show how to redesign city streets to benefit all.

Who knew that snow storms could be an urban planning aid? Turns out that plowed intersections are actually very illustrative, showing us what’s needed road space, and what’s not. Often there are unplowed areas, dubbed “sneckdowns” by Streetsblog founder Aaron Naparstek, that serve as curb extensions. Sneckdowns, or snow neckdowns, are natural traffic calming devices, as well as extensions of the sidewalk. Most importantly, sneckdowns serve as free trials of what would happen if intersections were reconstructed.

Following Milwaukee’s latest snow storm, I began looking for them along my regular walking routes. Two substantial sneckdowns were immediately visible at the intersections of N. Farwell Ave. and E. Kane Pl. and N. Prospect Ave. and E. Irving Pl. Why were they so large? Those intersections are where a one-way street intersects with another one-way street. Because vehicles cannot turn in every direction, there is plenty of extra space. The Department of Public Works, which needs to get snow plowed as quickly as possible, understandably doesn’t waste its time plowing these unused spaces. 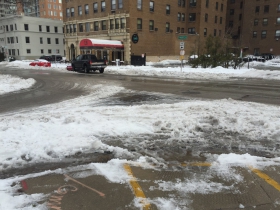 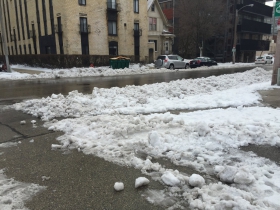 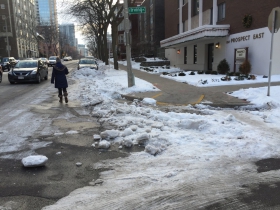 What can be done with these unused spaces? The city could add a parking space and an extension of the curb. The only loser will be the asphalt industry. Drivers will get more on-street parking, which is harder to find during the winter. Pedestrians will get shorter street crossings. Cyclists will get longer bicycle lanes. Put one at the intersection of N. Farwell Ave. and E. Irving Pl. and Comet Cafe could even double their amount of sidewalk seating. 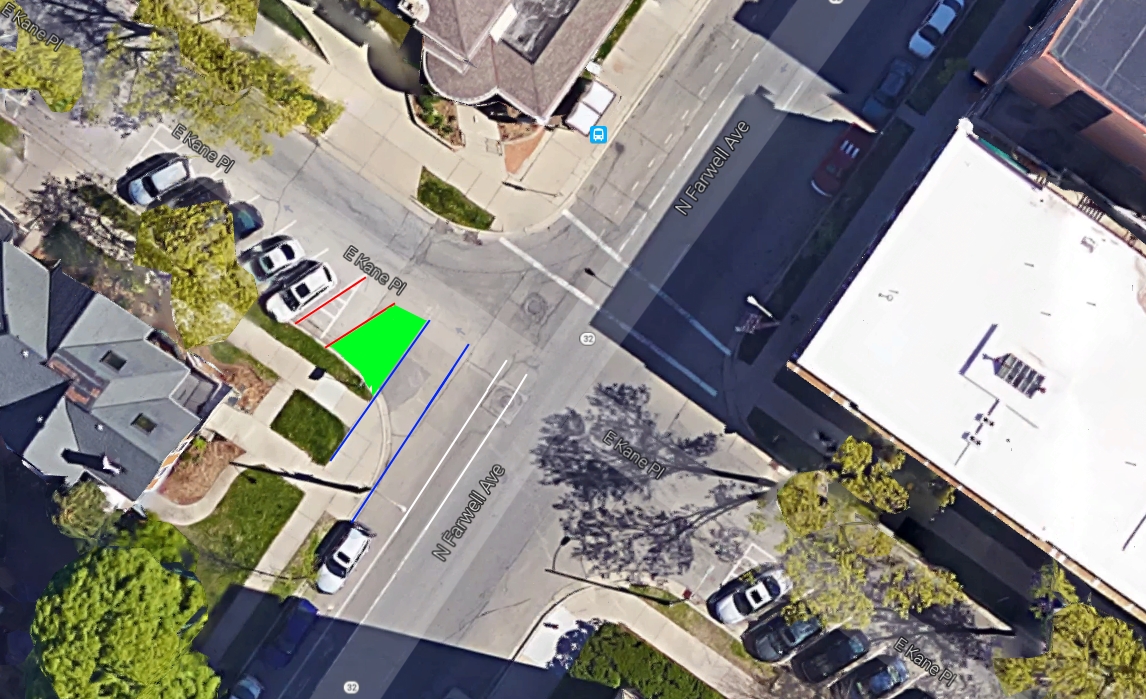 Where else could this be done? Any three-way intersection is a great candidate. Look at the south side of the intersection of N. Broadway and E. Menomonee St. in the Historic Third Ward. A curb extension shrinks the size of the three-way intersection, eliminating the unused space. One Google Maps user even has a photo of it as it looks with fresh snow, showing it as a sneckdown. 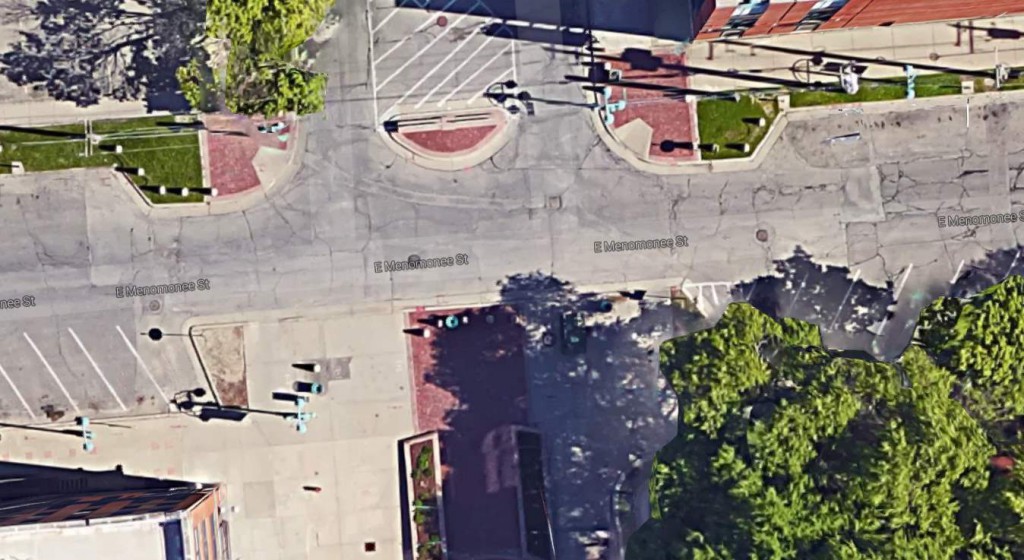 What potential redesigns lurk in your neighborhood?