One of earliest hotels, near what is now Plankinton and Wisconsin, was modest indeed. 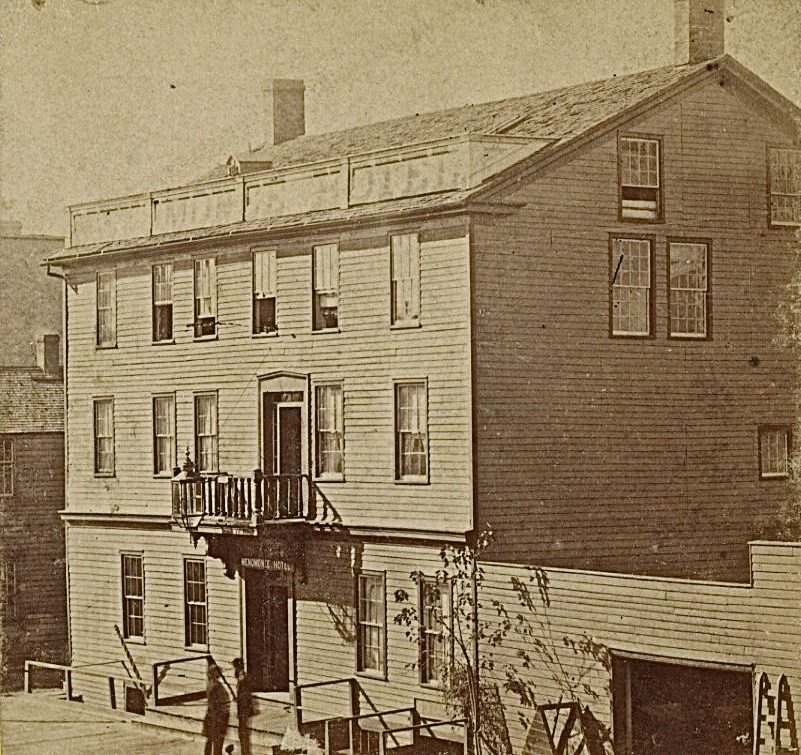 The earliest buildings in Milwaukee date to when the Wisconsin Territory was first established in 1835, and tended to be modest and made of wood. As the area was just beginning to develop, and early visitors and settlers needed a place to stay, hotels were among the first structures to be built. This stereoview shows an example of one of these earliest hotels.

It was called the Menomonee Hotel and was located on W. Water St. (now Plankinton) just south of Spring St. (now Wisconsin Ave.). Records of this hotel are sparse. It’s included in the first city directory that listed businesses in 1851 (the two earlier directories of 1847 and 1848 only listed residences), so it’s quite possible this hotel was built earlier, certainly before the first railroad arrived in 1851.

The voluminous 1881 History of Milwaukee book fails to mention the Menomonee Hotel, but does mention the nearby American House which was built in 1842 and was the second hotel built in town. In any event the Menomonee was one of Milwaukee’s oldest hotels. Though small by today’s standards, it even had a bar that was operated by a gentleman named William Osmotherly.

The American House was destroyed by a fire in 1861 and was replaced by the Plankinton House hotel, built in 1867 by meat-packing tycoon John Plankinton. The Menomonee Hotel would survive until the early 1880s when it was purchased for expansion of the Plankinton House.