Legislative Leaders Could Soon Be Dictators 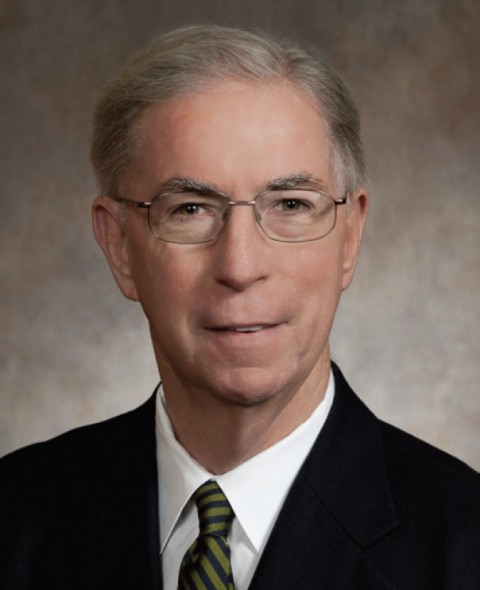 Tim Cullen. Photo from the State of Wisconsin Blue Book 2013-14.

Tim Cullen, the Democrat who ran the state Senate in the 1980s as its majority leader and who returned to the Senate in 2011 only to discover that the minority party has no power, has a theory: New campaign-finance laws will turn the Legislature’s four party leaders into dictators.

In his new book, Ringside Seat, Cullen says the power-broker roles played by those four leaders – Assembly speaker, Senate majority leader and minority-party leaders in both houses – have grown over the last 10 years.

But new campaign-finance rules, passed by Republican legislators and about to be signed into law by GOP Gov. Scott Walker, will make those four leaders “enormously more powerful than in the past,” Cullen warned last week.

Because of changes over the last decade, Cullen says in his book, the four leaders now back one candidate in a primary over others, encourage special-interest groups to support that candidate, and – if he or she is elected – make sure those new lawmakers know who they owe for their victories.

The Janesville Democrat describes that power shift this way in his book: “In the primaries and for sure in the general election, the state Legislature started to see what I call the ‘centralization of legislative campaigns’ by legislative leaders. Leadership began to identify people to send to districts to run them or help run campaigns and would raise the funds to pay them.

“Under this centralization, legislative leaders now (with party staff help) would develop the campaign theme for the candidates, provide draft press releases, direct polling efforts, etc. Most of all, legislative leaders urge friendly interest groups to give their money where the leaders decide it is needed the most. Little of this was going on the in 1970s.

“The results are obvious. Legislators who get elected through this system are greatly indebted to leadership on their first day in office. Not just because of what leaders have done for them, but also for what the leader can do or refuse to do at re-election time.”

Those re-election cycles prompt Cullen’s warning that new campaign-finance laws will empower the four leaders to tell their party’s legislators how to vote, or else. To understand why, remember that the Legislature’s four party leaders alone control the four legislative campaign committees (LCCs). They operate independently from individual candidates’ committees, political action committees (PACs), political parties and third-party independent groups.

LCCs have very basic, hardball goals: Make sure their party’s legislators get re-elected, and elect more of them to claim – or keep – control of that house. LCCs, however, have had “very little money” since the 1970s, he notes, which limited their power. But, Cullen predicts, new campaign-finance laws will make legislative campaign committees much bigger political players because:

All this means that the new LCCs will now be able to “raise literally unlimited amounts of money,” Cullen says. And, when you add that new fund-raising clout of LCCs to the “centralization” of power accumulated by the four leaders over the last 10 years, they will be able to threaten candidates and members of their own party in new, dangerous ways, he adds.

Cullen knows a thing or two about power. Some called him the “prince of darkness” (a nickname he hates) back when he was senate majority leader before leaving the legislature in 1987 to run the state Health and Social Services Department. Cullen says these new threats from legislative leaders will sound like this:

“’I want your vote when I ask for it, or I have millions to finance your primary opponent, which I will find if I have to.’ Or, ‘Stick with me all the time and this money will be available for you’.”

And in a Legislature where all but 25 of the 132 seats are considered safely in the control of one party, what are the two words legislators most fear?  “Primary opponent.”

5 thoughts on “The State of Politics: Legislative Leaders Could Soon Be Dictators”