Sage on Prospect Is Green and Growing

Completion expected in spring. Will it be the state's second greenest building? 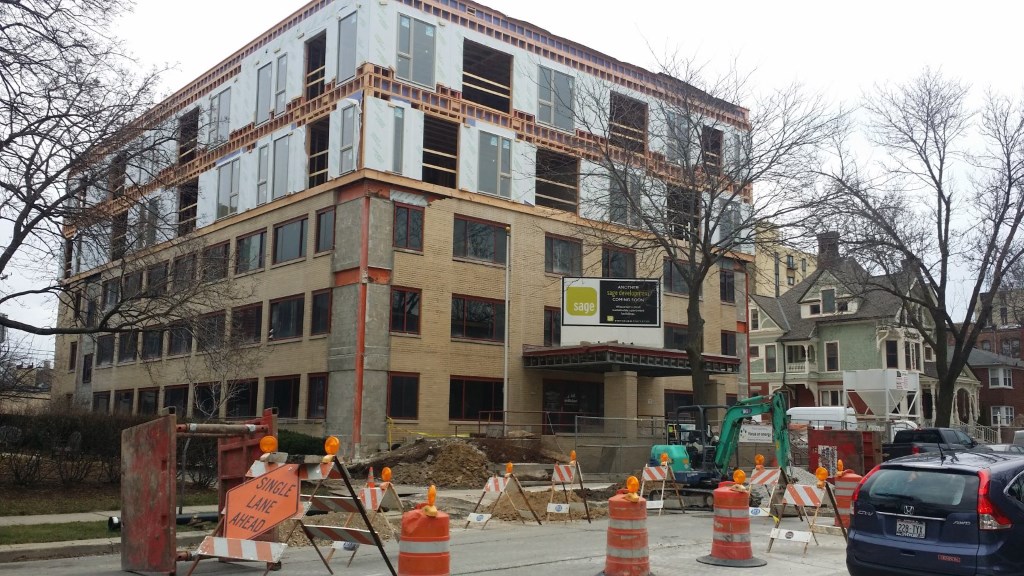 Dominion Properties LLC set out to build one of the greenest buildings in the state with its Sage on Jackson at 1509 N. Jackson St., and apparently succeeded. It was the first multi-family development in Wisconsin to achieve the Platinum certification from the Leadership in Energy and Environmental Design (LEED), with a score of 102. And now the firm is cruising along with their second eco-conscious, Sage-branded project known as Sage on Prospect.

As my colleague Michael Horne reported, the firm, along with designer Joel Agacki of Striegel-Agacki Studio and general contractor Venture Construction Group, are in this case rehabbing an already existing building. They are giving a former 77-room assisted living center from 1961 at 1825 N. Prospect Ave. an eco-friendly makeover, turning it into a 34-unit apartment complex. The asbestos has already been removed, the top floor was shaved off and now work is being done on adding two extra top floors, remodeling the interior and adding electrical and heating systems. That’s truly making it over.

As with Sage on Jackson, Sage on Prospect will incorporate many green features for LEED certification. It’s a long list. As Dominion Properties partner Mike O’Connor explains, you can expect 8” thick walls instead of 2”x4”s for better insulation, natural mineral wool insulation instead of fiberglass, upcycled wood floors, copper piping instead of polyvinyl chloride, electric car charging stations, geothermal wells under the surface parking lot to the north of the building, and more.

While these features are costly, O’Connor believes they pay for themselves: the entirety of the 21-unit Sage on Jackson had an electric bill of $700 last February with $400 in credit from We Energies bringing the net bill down to $300. The project is being financed by Park Bank and supported by Focus on Energy according to signs posted on site.

O’Connor said that the building’s target demographics are urban millennials aged 25-35, empty nesters tired of running a house (O’Connor’s favorite) and divorced empty nesters. One bedroom apartments will rent for $1,300-$1,400 and two bedroom apartments  for around $1,800. Rent includes electricity, heat, internet, cable, water and everything else, including the kitchen sink.

The project is planned for completion this spring. 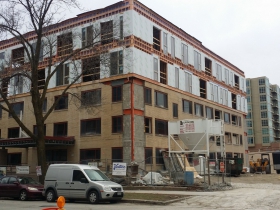 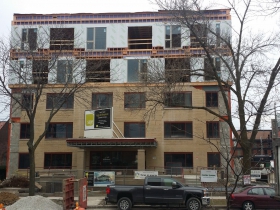 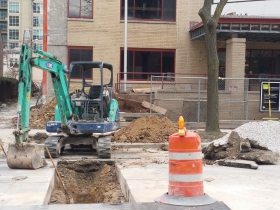 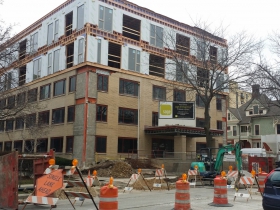 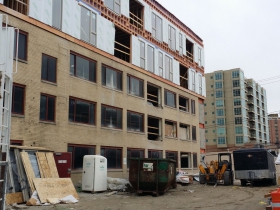 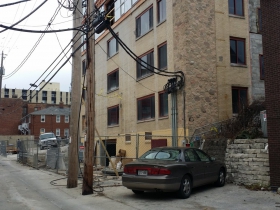