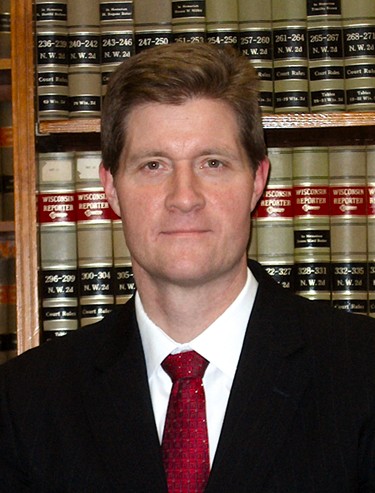 Milwaukee County District Attorney John Chisholm, who launched two John Doe probes that targeted Scott Walker and other groups and individuals, is considering whether to appeal a Wisconsin Supreme Court decision that shut down the second probe.

“Obviously we’re discussing that and talking to everyone we need to about that,” he told Urban Milwaukee.

The group is bipartisan. Kohlwey and Klomberg are Republicans and Chisholm, Ozanne and Nelson are Democrats. The special prosecutor for the second John Doe probe was Francis Schmitz, who has disclosed that he voted for Walker in the recall election and was once a member of the Republican Party.

But last week the Wisconsin Supreme Court, in the latest twist of an increasingly strange saga, essentially fired Schmitz. The four-person conservative majority had already shut down the Doe probe, but last week ruled that Schmitz, who intended to appeal the ruling to the U.S. Supreme Court, was never legally appointed a Doe prosecutor, meaning he may lack standing to appeal the high court decision. The court ruled the appointment was improper because special prosecutors are allowed to be appointed only in certain circumstances, such as when the district attorney has a conflict of interest.

Schmitz said that “if I have the resources, (I) intend to pursue an appeal before the U.S. Supreme Court,” but some legal observers say that may be difficult given the state high court decision. “It’s certainly a major impediment,” says Chisholm.

Chisholm says at this point he can’t say if he will appeal. “It’s not a clear path forward.” And there’s not much time to decide, he adds: “We have until December 15.”

The League of Women Voters has blasted the actions taken by the high court, first for stripping Schmitz of his authority in the John Doe II case, “making it impossible for him to appeal the matter to the U.S. Supreme Court,” LWV executive director Andrea Kaminski complained. “As if that was not enough, the same majority ruled late Friday afternoon that the four county District Attorneys who still might have been able to appeal the case to a higher court had only 14 days in which to start that process… If these justices are confident of the legal basis for their July ruling, why are they so determined to keep this case from being appealed?”

But the state Supreme Court’s decision declared it was “not meant to interfere with the ability of the prosecution team to seek Supreme Court review.”

“This case deserves to be appealed,” the League declared, echoing last week’s call by Matthew Rothschild, executive director of the nonpartisan Wisconsin Democracy Campaign for an appeal by Chisholm and the other DAs.

Conservatives have assailed the second John Doe as a “a partisan witch hunt,” putting all the blame on Chisholm, and the Republican-controlled state legislature passed a law signed by Walker last month which prohibits any John Doe probes targeting political corruption. That, too, could make an appeal difficult, though the probe was undertaken under the old law and launched years before this new law was passed.