The Soaring Cost of Gun Violence

Estimated annual cost in Wisconsin is $2.9 billion, or $508 per person.

By Sean Kirkby, Wisconsin Center for Investigative Journalism - Dec 6th, 2015 04:13 pm
Get a daily rundown of the top stories on Urban Milwaukee 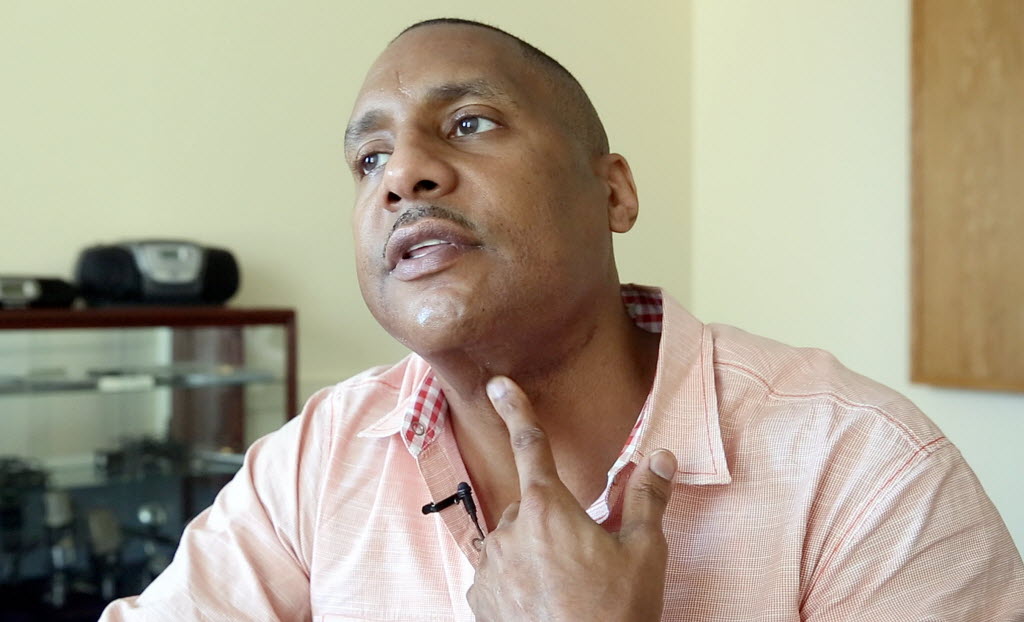 Claudiare Motley still has scars on his neck after a teen shot him on June 21, 2014, during an attempted carjacking. Motley estimates the resulting medical bills, lost wages and travel costs for medical appointments and court hearings have cost him about $80,000 out­-of-­pocket. Motley is pictured here in downtown Milwaukee on Oct. 14. Photo by Mike De Sisti of the Milwaukee Journal Sentinel.

It was 1:30 a.m. on the first day of summer in 2014, and Claudiare Motley had just dropped off a friend after coming into town for his Milwaukee Tech High School 25-year class reunion. He was parked around North 63rd Street and West Capitol Drive, writing an email on his phone, as two cars pulled up.

Motley, then 43, knew “something was going on” as one of the vehicles turned in front of him and stopped. He put his phone into his pocket, shifted his car into gear. A teenager jumped from the car and tapped Motley’s window with a gun.

He accelerated as 15-year-old Nathan King fired, shattering glass. Motley rammed the car in front of him out of the way. He sped off and looked in the rearview mirror to see if they were chasing him.

“I just saw blood gushing out of my jaw,” Motley said.

After more than a year and six surgeries to repair his injuries, Motley estimates his out-of-pocket costs to be at least $80,000, and he expects more medical expenses as he continues to recover.

His efforts to get state victim’s compensation for his medical bills not covered by insurance have been unsuccessful so far. Motley’s credit has taken a hit, and he estimates lost earnings because of time he could not work in his family’s international law firm to be between $40,000 and $60,000.

Wisconsin taxpayers and health care providers also pay a high price for gun violence. In April, Mother Jones magazine pegged the cost of gun violence to Wisconsinites in 2012 at $2.9 billion in direct and indirect costs, or $508 for every person in the state.

Those figures include the financial and psychological tolls taken when a bullet forever alters the lives of victims and shooters alike. There are lost wages, stunted futures, shattered plans, life-changing trauma. 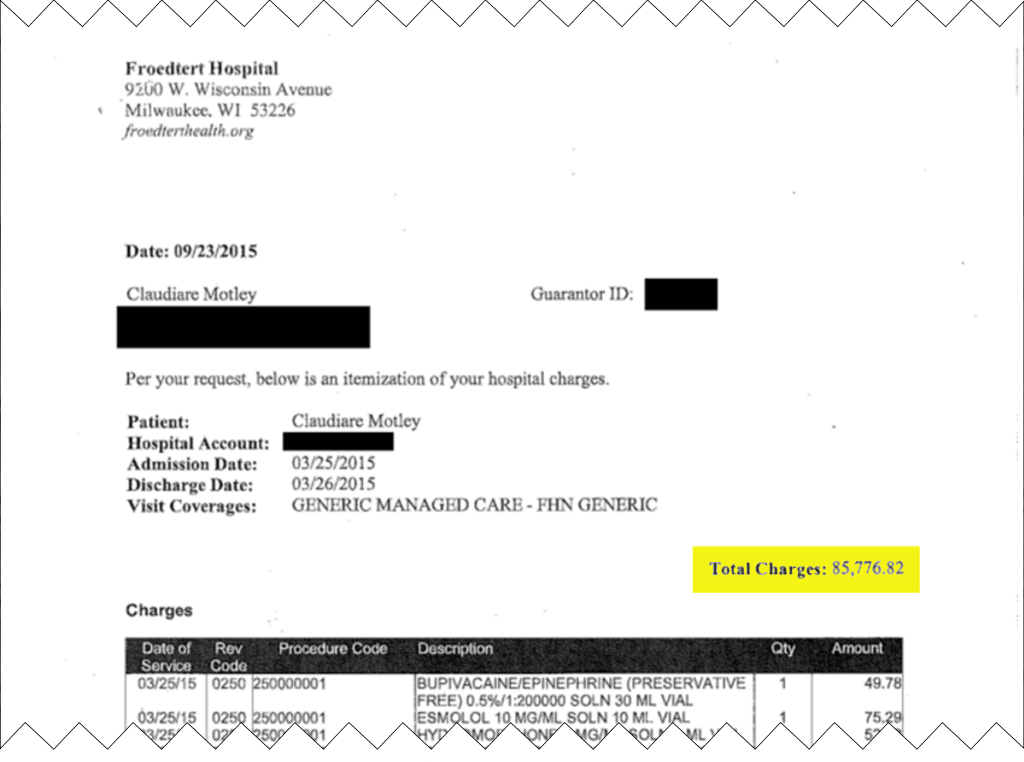 The credit of shooting victim Claudiare Motley has taken a hit after a 2014 shooting left him paying tens of thousands of dollars in out-of-pocket medical and other expenses. Photo by Haley Henschel of the Wisconsin Center for Investigative Journalism.

Firearms are a big factor in crime statewide. In 2014, guns were involved in 75 percent of murders, 56 percent of armed robberies, 27 percent of aggravated assaults and 3 percent of forcible rapes, according to the state Department of Justice.

Taxpayers pay all of the costs for police, prosecutors and incarceration — and sometimes to defend the accused — in gun crimes. And 79 percent of health care costs in Wisconsin associated with firearm-related injuries are paid by the public, according to a 2014 report using 2010 data by the Urban Institute, a Washington, D.C.-based think tank.

When he is released from prison, King — who is now paralyzed from the waist down because of a separate shooting days after he shot Motley — will probably face limited employment opportunities. Motley said he does not expect to see much of the $29,339 in court-ordered restitution. 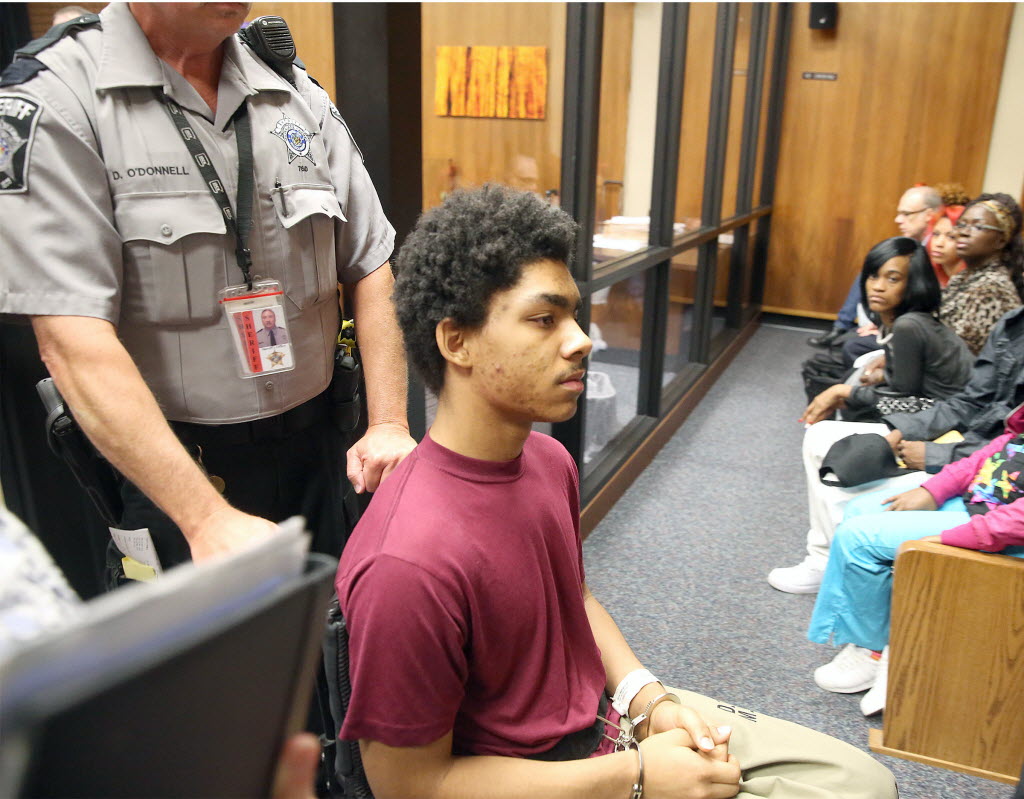 Nathan King is wheeled out of court after being sentenced in July. King, who shot Claudiare Motley on June 21, 2014, was paralyzed from the waist down after being shot during another attempted robbery a few days later. Photo by John Klein for the Milwaukee Journal Sentinel.

State taxpayers paid about $1,500 for the 50 hours spent by Milwaukee County Assistant District Attorney Joy Hammond to prosecute King during the case that ended in September. They paid $1,537 for King’s attorney, Ann T. Bowe.

Residents of Wisconsin will spend about $405,000 to keep King in prison during his 12-and-a-half-year sentence for the Motley shooting and a later armed robbery in which King himself was shot. After he is released, King will be on extended supervision for seven and a half years at a cost to taxpayers of at least $21,000 in today’s dollars.

The tally for the Motley shooting — at least half a million dollars — is the cost of just one shooting in a city that this year has seen 691 people shot, including 131 killed, by firearms as of Nov. 15. That was a 77 percent increase in gun homicides from November 2014 and an 11 percent increase in nonfatal shootings.

In addition to victims, entire communities face costs, including reduced property values in high-crime areas and increased costs to keep the public safe.

“It’s not just a problem for the individuals who are unlucky enough to get shot,” said Philip Cook, professor of public policy, economics and sociology at Duke University. “It’s a problem for whole communities. It’s a drag on economic development, it’s a drag on quality of life in a variety of ways.”

Violence was one of the things that prompted Motley to move out of his hometown of Milwaukee about eight years ago. He and his wife, Kimberley, and three children moved to Charlotte, North Carolina, in part to escape what he calls a “cultural acceptance of violence” and a “proliferation of guns and illegal drugs.”

“You always hear the bad things that could happen, but you never really think … that you actually encounter something like that,” he said.

A report from the Center for American Progress, a progressive public policy organization, suggests that a reduction in violent crime — including homicides, rapes and assaults — could have large impacts on urban areas. The report, which analyzed 2010 crime levels in Milwaukee and seven other cities, suggested a 10 percent reduction in homicides could boost residential real estate by $800 million in Milwaukee.

The report noted such a reduction could generate “large revenue gains” from property taxes, but it did not provide an estimate. Cutting homicides by 25 percent, it projected, could add $2 billion in increased housing values. 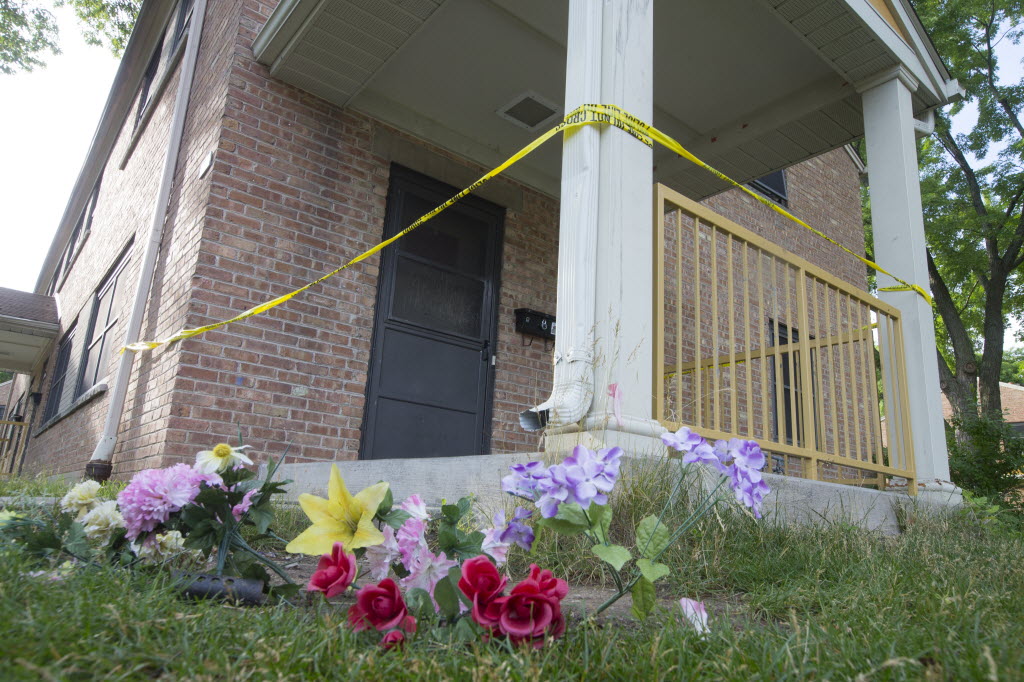 Police tape marks the scene where 13-year-old Giovonnie G. Cameron was shot and killed near Lincoln Park in Milwaukee on July 8. As of Nov. 15, fatal shootings in Milwaukee are up 77 percent compared to the same period in 2014. Photo by Mark Hoffman of the Milwaukee Journal Sentinel.

Experts say because the cost for each shooting is so high — often in the tens if not hundreds of thousands of dollars — anything that could reduce gun violence would likely be worth the investment.

“Almost any reasonable policy that reduces crime will pay for itself,” said David Weimer, a University of Wisconsin-Madison professor of political economy and expert in cost-benefit analysis.

But not everyone agrees on the best way to curb gun violence. Some have called for expanding background checks and for banning certain types of assault weapons.

Jeff Nass, executive director of Wisconsin Firearm Owners, Ranges, Clubs and Educators Inc., disagrees. He said any cost-benefit analysis should include the positive value that guns have when used for self-defense.

Nass, whose organization is affiliated with the National Rifle Association, argued that violence and gun issues are separate. He called for more prosecution of illegal gun possession and gun crimes.

3 thoughts on “The Soaring Cost of Gun Violence”