Can be used widely but not to vote in elections.

By Edgar Mendez, Milwaukee Neighborhood News Service - Nov 19th, 2015 11:06 am
Get a daily rundown of the top stories on Urban Milwaukee 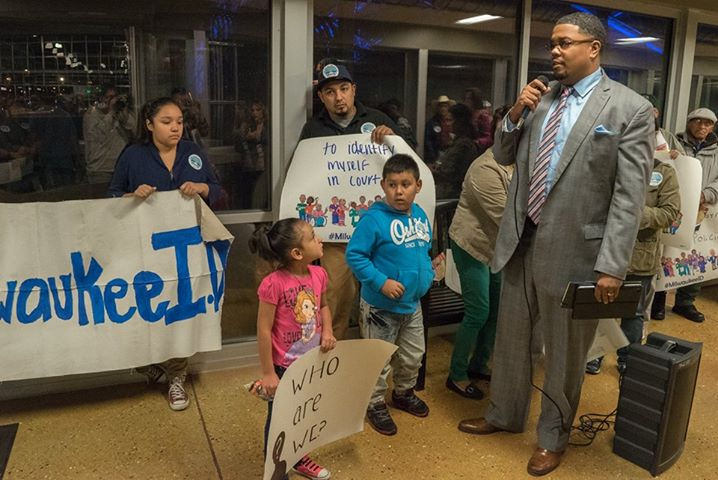 Guadalupe Romero, who lives on the South Side, knows all about the struggles associated with not having access to a state identification card.

“When I’m somewhere and they ask me to show my ID, I put my head down and put up my hands out on my side to show them I don’t have one,” Romero said.

The scene has played itself out many times over the years, she said, including the time she couldn’t pick up a morphine prescription for her brother-in-law, who had part of his foot amputated days prior.

“That time I cried,” Romero said.

Romero once had a driver’s license, but a state law that took effect in 2007 prohibited those without proper documentation from obtaining or renewing a license. 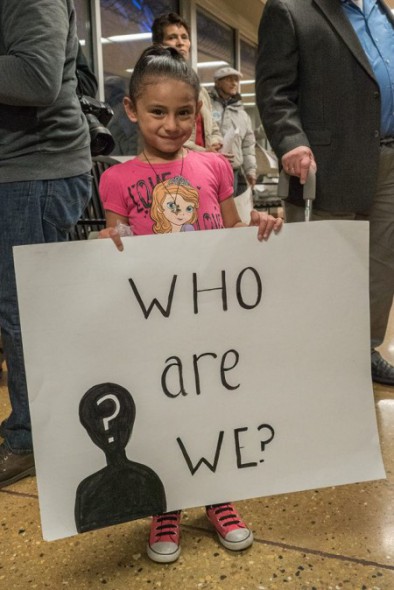 A small girl holds a sign during a rally for supporters of the municipal ID held recently at the Mitchell Park Domes. Photo by Joe Brusky; courtesy of Milwaukee Teachers’ Education Association.

Although she won’t be able to get her license back, Romero will have access to a municipal ID soon, which supporters say will open the door for undocumented residents and others to access vital services and also improve public safety.

The changes come as a result of recent votes by the Milwaukee Common Council and the Milwaukee County Board of Supervisors to establish a work group to set guidelines for the IDs and also seek agreements from local institutions to accept them.

County Supervisor Khalif Rainey, who co-sponsored the legislation, said the lack of a proper ID not only prevents people from accessing medical care but also prevents them from getting gym memberships, bank accounts, library cards and other basic services that affect their quality of life.

He said creating a municipal ID also provides an opportunity for discounts at local institutions such as the library, zoo and the museum. Rainey added that municipal IDs have created similar opportunities in New York City and other places in recent years.

The new IDs will be a boon for many members of the community, said Sam Singleton, communications coordinator for Voces De La Frontera, a local immigrant rights group. Voces has been working for years to help undocumented residents obtain identification cards, touting it as a public safety issue. According to Singleton, many undocumented residents without identification are afraid to report crimes to law enforcement.

“How can you report crimes without ID and then, without one, police have the right to arrest and fingerprint you?” Singleton asked.

Many groups, including those providing services to domestic violence victims, the homeless and the LGBT community, also celebrated the decision to create a municipal ID.

“I can’t imagine trying to function in society without a proper ID,” said Romo West, who added that basic services such as picking up certified mail, picking up prescriptions and even cashing a check require an ID.

The municipal IDs cannot be used to vote in local or national elections, according to Romo West.

And while Romero said she’s happy that a municipal ID plan has been approved, she’s not quite ready to celebrate.

“I’ll feel much better when I have it in my hand,” Romero said.