The result was a lovely, easy-paced concert that connected to the audience. 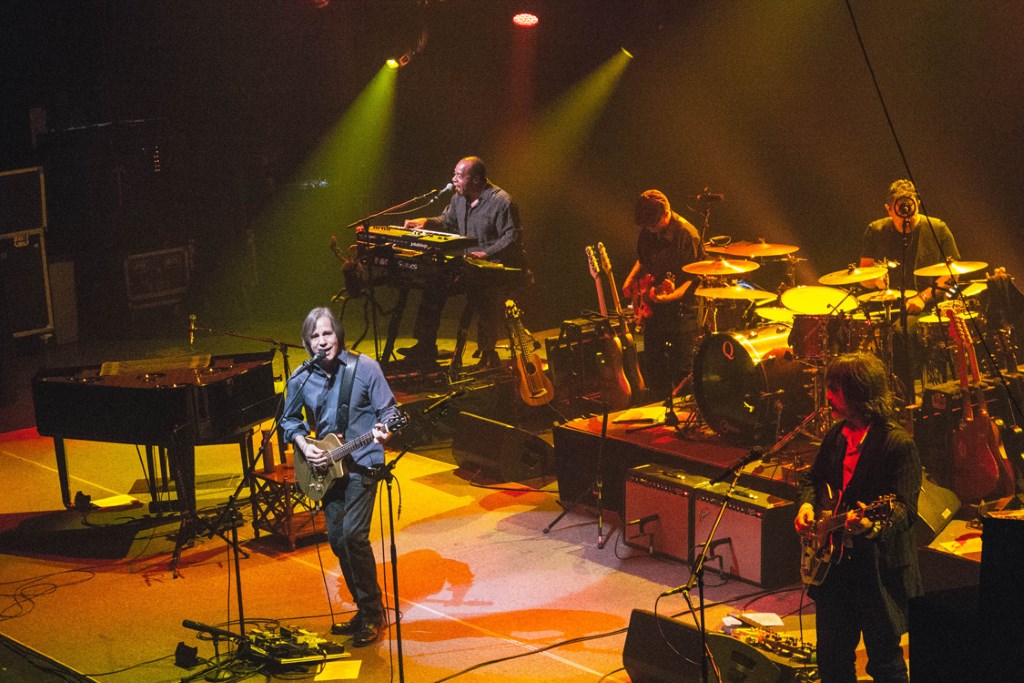 When you nestled into your seat at the Riverside Theater on Saturday night, it felt like someone was about to perform in your living room. Jackson Browne quietly came on to the stage and seemed to give the audience a figurative and warm collective hug.

“It’s good to see you,” Browne said while plugging in his guitar. And you got the feeling he truly meant it. It wasn’t an obligatory “Helloooo-Milwaukeeeee,” moment.

Browne clearly had a relationship with his audience from the start, many of whom appeared to know all the lyrics to his songs. He gently invited you into his intelligent and poignant world. A near capacity audience seemed more than willing to enter his domain.

What they got: a night of insightful and heartfelt lyrics paired with compelling music. Browne didn’t seem to feel the need to club you over the head with hit after hit.

The 20-song set list opened with “The Barricades of Heaven,” which took its sweet time. Wolfgang Amadeus Mozart once said “The music is not in the notes, but in the silence between.” That was Browne’s performance to its core.

Browne’s vocals belied his 67 years and were strong and soulful throughout. When Browne was onstage it felt like time followed him rather than the other way around. No note was misplaced and he seemed to be singing every lyric for the first time. The second song on his list was “Just Say Yeah” about a man smitten with love.

Many might associate Browne solely with the piano, but the man is adept on the guitar with a slide that satisfies the country soul. Further into the set Browne sang Warren Zevon’s “Mama Couldn’t Be Persuaded.” The two artists seem to still be connected in a myriad of ways.

Browne summed up his affection and admiration for Zevon in a 2003 article in Rolling Stone magazine less than a week after his friend’s death from cancer.

“The other night, I was listening to my bootleg of that Main Point show in 1975, and I couldn’t help cracking up when you got to that line in the second verse of “Werewolves of London”: “I’d like to meet his tailor.” It comes out of nowhere, amid all the booze and blood lust in the song, but it’s a killin’ line.”

Fans were patient for the hits and Browne eventually dished them out. But you never felt the preceding songs were “off my new album” material, the sort which prompts a lot of people to head to the restroom. The fans at the Riverside stayed in their seats.

Browne delivered “The Pretender,” “Doctor My Eyes” and “Running on Empty” before the encore.

You never felt like an outsider when Browne was on stage. In fact, you half expected him, if he had the time, to come across the living room carpet and greet each and every one of us. Browne was the consummate host, wrapping his guests in the warmth of his music. 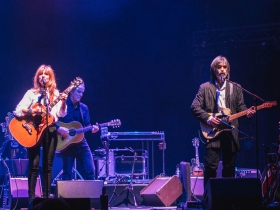 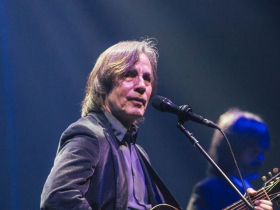 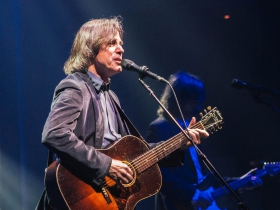 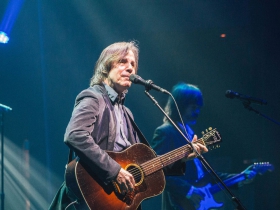 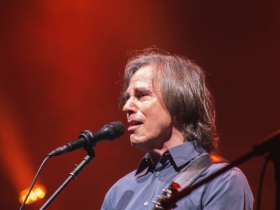 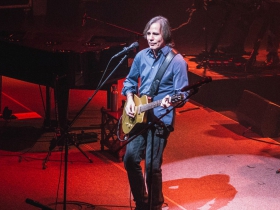