The well-dressed people in the photo had to stand rigidly in place, so the photo wouldn't be ruined. 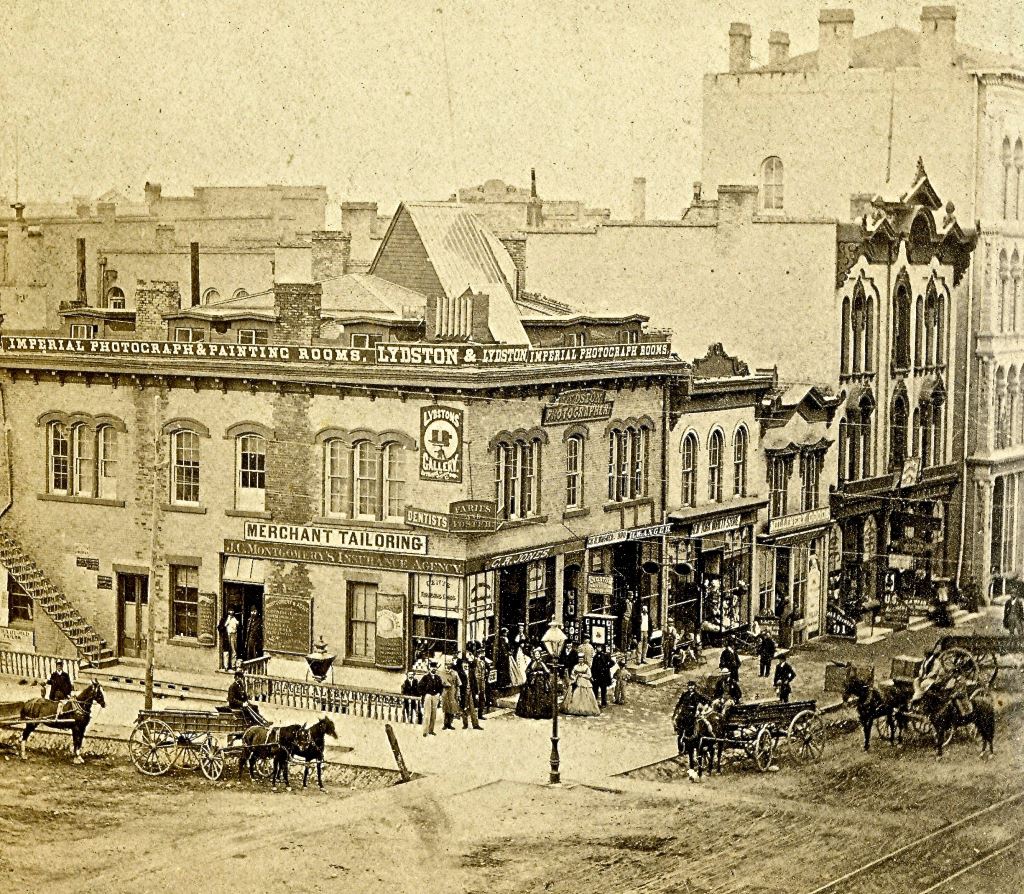 In the 1860s to the 1870s there was an unusual cluster of commercial photographers in Milwaukee. It centered on a two block stretch of Wisconsin St. (now E. Wisconsin Ave.) and ran from E. Water St. (now N. Water St.) east to Milwaukee St.

The city was much smaller back then and this was also the main retail district. There were also major hotels nearby such as the Newhall House and Kirby House. This 1867 view shows the very heart of this district.

As you see, the Lydston & Lydston studio, with its “IMPERIAL PHOTOGRAPH & PAINTING ROOMS,” dominates the view. It was at the southwest corner of Wisconsin and Main (now Broadway) on a site now occupied by the Railway Exchange Building. The eastern portion of the Iron Block building, which still stands, is visible on the far right.

Note the number of people gathered in front dressed in fine attire. This was no small accomplishment as they had to pose very rigidly for the photographer, since any movement would have spoiled the photograph. This is a stereoview and the photographer in unknown. But there can be little doubt that it was taken by one of the Lydstons or a close friend.

Stereoviews by the Lydstons are extremely rare, as they were specialists in portrait photography. Some of the few identified Lydston views are of the Milwaukee Soldiers Home Fair, which took place in 1865. But many other photographs of Milwaukee dating to this period also remain a mystery, with the photographer unknown.