Inside the Soldiers Home Fair, 1865

The two-week fair was a major event for a young city with just 55,000 residents. 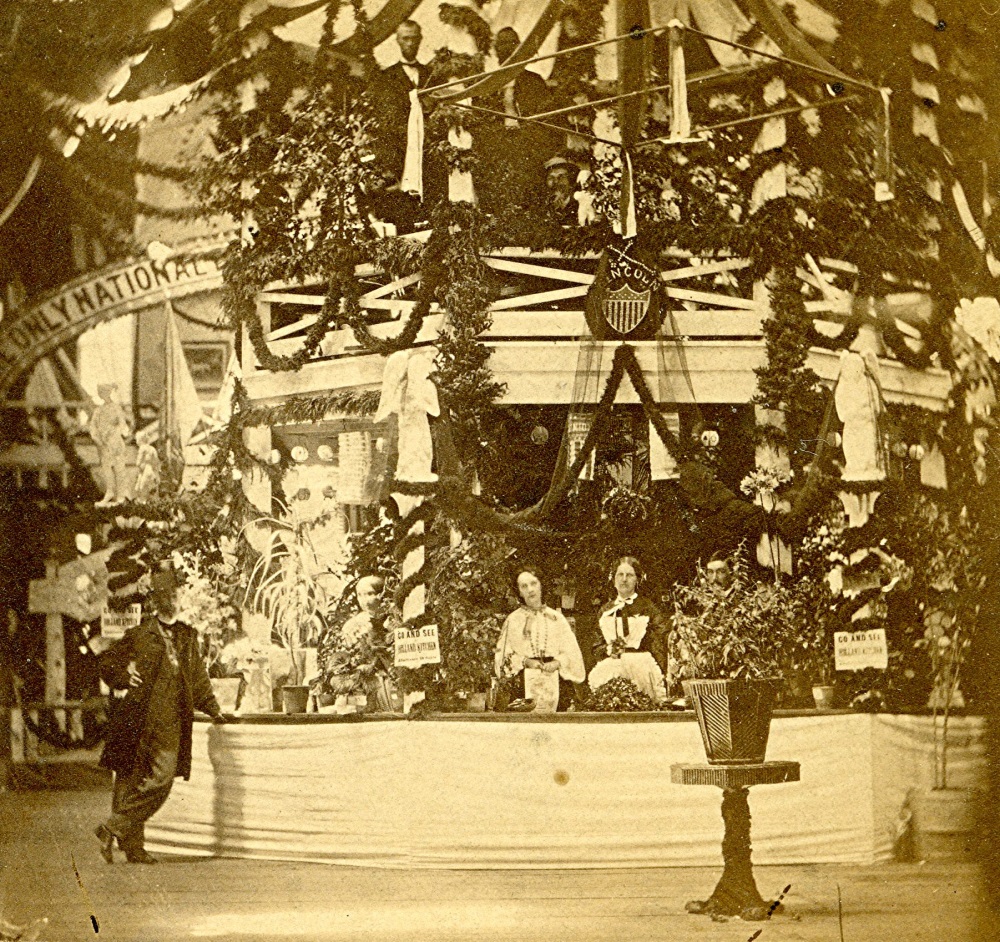 The Soldiers Home Fair was held from June 28 to July 12, 1865. While the exterior of the pavilion constructed was a bit basic – to be honest it really looked like a large barn – it was a temporary structure and all of the building materials would be dismantled and sold after the fair was finished in order to raise still more funds for the Civil War veterans. Also at that time large convention and meeting facilities were unknown — until the advent of the exhibition hall that would be constructed in the 1880s on the present site of the Milwaukee Theatre.

The view illustrated here, like the ones to be featured in the next few weeks, were photographed by the Lydston Studio which was located at the corner of Wisconsin and Main (now N. Broadway) streets. Stereoviews by the Lydstons are extremely rare, they were specialists in portrait photography. These views are identified on the back in ink and dated June, 28 1865.

While the exterior of the fair building was simple, the interior decorations were very ornate. High ceilings would also allow for multiple levels. Here an interior booth is seen festooned with banners, evergreen garlands and a few tropical house plants, a luxury in this climate. The people illustrated here are likely some of the fair organizers and a few additional faces may be seen on the upper level. This two-week fair was quite a major event for a young city whose population was only about 55,000 at the time.